To CNN, women are on the verge of being forced into sexual slavery under President Donald Trump, according to a hyperbolic new documentary on the cable network.

In the new CNN documentary entitled, The Trump Show: TV’s New Reality, CNN purports to trace President Trump’s impact on entertainment and one of his main influences, CNN says, is the Hulu production of the 1985 novel, The Handmaid’s Tale.

Though the Hulu series was ordered to production before Donald Trump became the GOP nominee for president in 2016, CNN maintains that the dystopian drama is a veritable reflection of America under Trump.

The Handmaid’s Tale follows the oppressed life of a woman forced into sexual slavery in a future world where a military dictatorship has overthrown the United States government. This society forces women with healthy reproductive systems into sex slavery to deliver children for the new society’s richest members. In this future, women have no rights and are treated as chattel slaves. According to CNN, this is what the U.S. has become thanks to Donald Trump — even as the #MeToo movement has resulted in scores of rich and powerful men losing their jobs over past allegations. 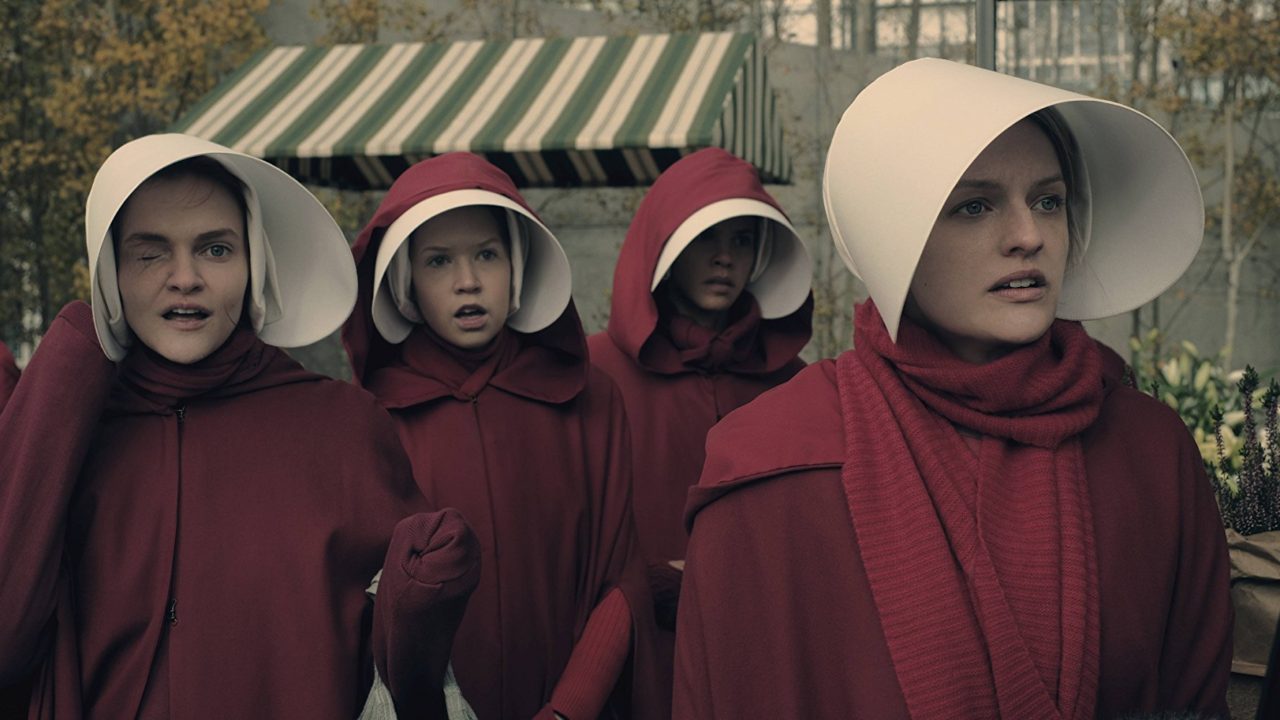 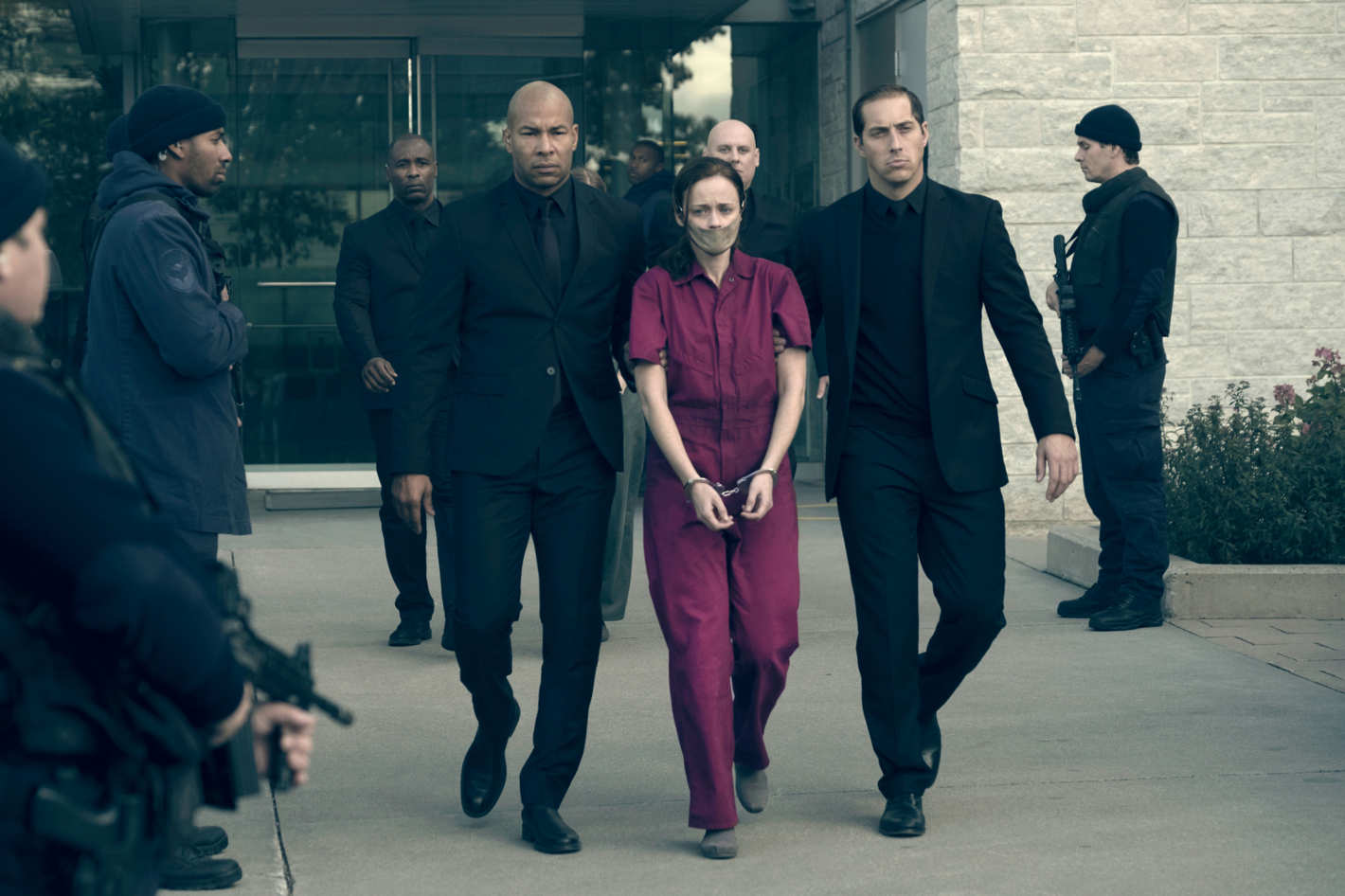 The CNN documentary interviewed Bruce Miller, the showrunner of the Hulu series, who self-servingly  insists he sees “parallels between his show and the U.S. under President Trump.”

“I would be very happy if my show became irrelevant as quickly as possible,” Miller said.

“Our writers’ room is very news-aware,” Miller added. “Trump pushing on all these hot-button issues brings them to the fore, and they become conversations in the writers’ room.”

In fact, Miller insisted that his show reflects the world as it is today. “We don’t do anything on the show that … isn’t happening to women somewhere in the world.”

In the CNN presentation, which on Friday, the network’s leftist host Brian Stelter took to social media to exclaim that an episode of Miller’s show that depicts a baby being taken from its mother is “a plot line that was eerily reminiscent of Trump’s immigration policy.”

Here's the part of our #TrumpShow documentary about "The Handmaid's Tale." Show creator Bruce Miller says "I would be very happy if my show became irrelevant as quickly as possible…" https://t.co/RuKzAjyQsS

The author of the 30-year-old book also worries that her frightening future is coming to pass. “We’re not living in Gilead yet, but there are Gilead-like symptoms going on,” author Margaret Atwood recently said. “I don’t enjoy being right, because being right means that we are where we are. And that’s, that’s not a fun place.”

Despite these overwrought proclamations, CNN’s Stelter insists that Hollywood is not “trying to lecture audiences” and that producers still feel “entertainment comes first.”

“Provoking political conversations and civics lessons might be a source of pride, but it is not the top priority,” Stelter says despite repeated evidence that TV shows are more worried about “wokeness” than entertainment.

As each month passes, more shows are pushing left-wing politics into every corner of their “entertainment.” Nowhere is that more in evidence than in the spate of comic book-based TV series. The CW has become America’s woke center with every comic book show featuring gay characters, women’s rights activism, and anti-Trumpism.

Supergirl has attacked Donald Trump time and again, Black Lightning has a lead character who is gay, Arrow featured an alternate America run by Nazis, and more. The liberal commentary is showing no signs of ebbing, as the CW has announced a new Batwoman TV show featuring a lesbian Batwoman character and its remake of the 90s series Charmed will maintain that evil magic has returned to threaten the world because Donald Trump was elected to the White House.

It certainly seems as if Hollywood is gathering as many politically correct story ideas as possible, and then crafting new shows around those concepts instead of adding left-wing politics as incidental set dressing. Agenda seems paramount with entertainment second.