TMZ released a photograph and what it says are text messages proving Asia Argento had sex with 17-year-old Jimmy Bennett.

On Monday, the New York Times dropped a nuke on #MeToo heroine Argento, an Italian film actress and director who was one of the first to level accusations against disgraced movie mogul Harvey Weinstein.

According to the Times, Argento paid Bennett $380,000 after he leveled the allegation she had sexually assaulted him in a California hotel room as a 17-year-old in 2013. The age of consent in California is 18.

Bennett and Argento have known each other since 2004 when the two starred together in a movie. Bennett was only seven at the time, Argento was 27. Bennett says he perceived Argento as a mother figure and that he was emotionally devastated after she gave him alcohol and forced herself on him.

Argento released a statement Tuesday where she appears to blame her then-boyfriend Anthony Bourdain — the celebrity chef who recently killed himself — for talking her into a pay off. She also said, “I have never had any sexual relationship with Bennett.”

According to what TMZ says it has, including a photo of Argento and Bennett in bed together (below), not only has Argento been caught red-handed lying about a sexual encounter, in the aftermath of the New York Times story, she admitted to the sexual encounter to a friend and accused Bennett of being the aggressor. 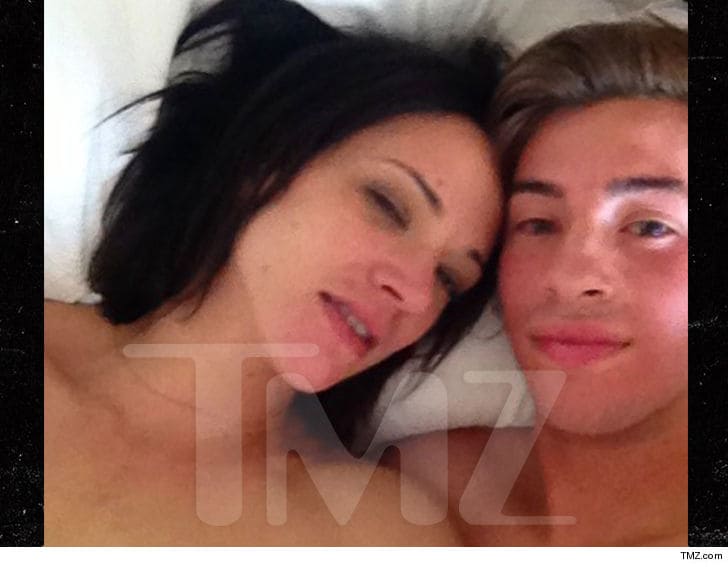 This photo, published by TMZ, purports to show actor-director Asia Argento and her accuser Jimmy Bennett in bed together.

Argento adds, he “kept sending me unsolicited nudes all these years up until 2 weeks before” he sent the letter from his attorney demanding money.