The Hollywood Reporter notes that “a huge chunk of the [Los Angeles Police Department’s] 10,072 sworn officers will be on hand” for the Oscars. Moreover, they spoke to an officer who indicated Sunday will be a “mid-to-max deployment day” involving protocols similar to those used when presidents visit.

An LAPD spokesperson said, “We will deploy enough officers to ensure the safety of all the citizens and Oscar attendees. We hope for the best and are prepared for the worst.”

On March 4, 2018, Breitbart News reported LAPD’s deployment of “500 officers to wrap the Dolby Theatre in multiple barriers of armed security for the [2018 Oscars].”

The security for the 2018 Oscars included “road closures to prevent people breaching a security perimeter made up of a wall of ten-foot gates and barricades, FBI agents, and firefighters.” And police helicopters circled above the Dolby Theater while private security guards were stationed inside. 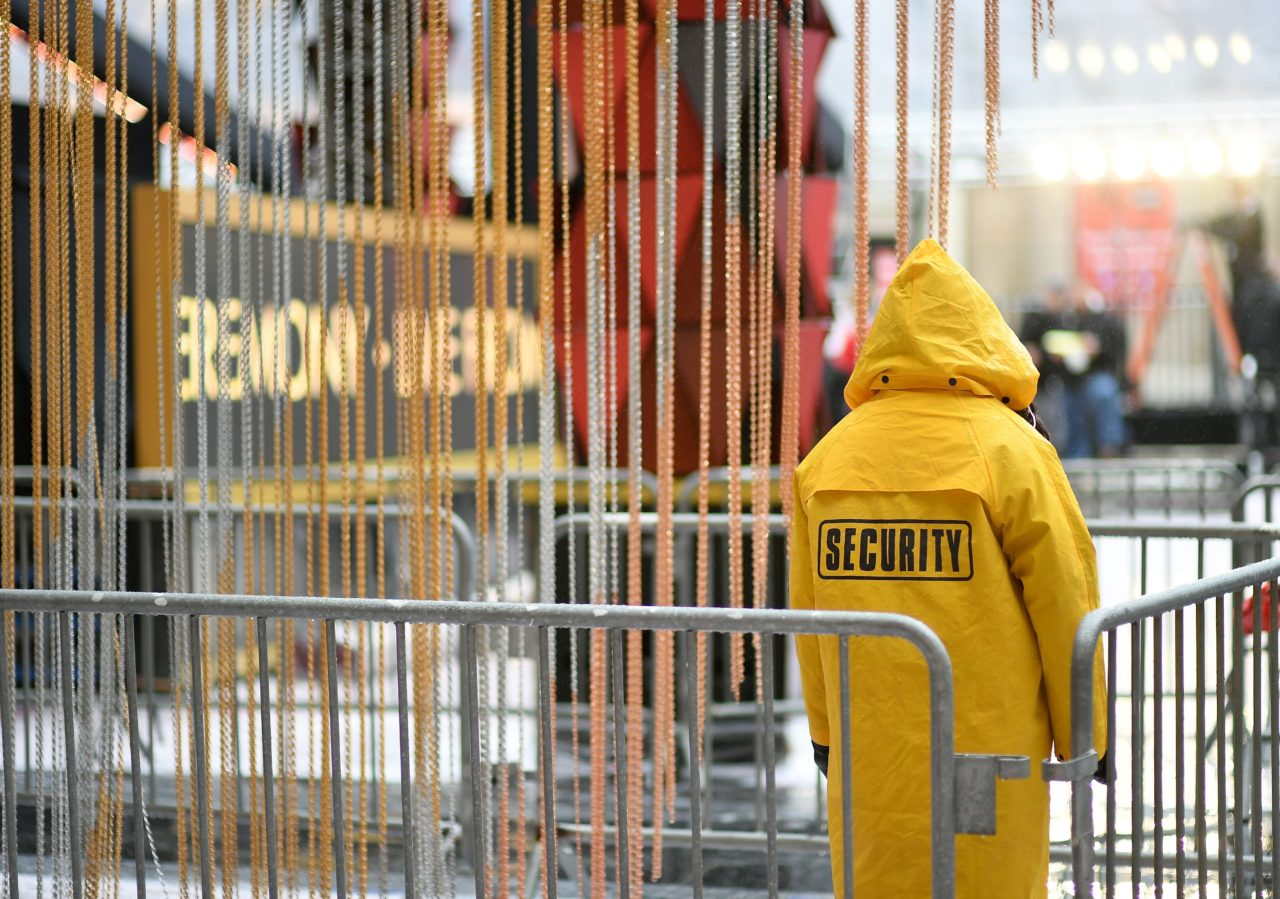 A security guard stands in the rain by the red carpet during preparations for the 90th annual Academy Awards week in Hollywood, California.  (ANGELA WEISS/AFP/Getty)

Yet even as they benefited from good guys with guns, the anti-gun stalwarts in Hollywood wore their pro-gun control accessories to the high-profile event. Prior to the 2018 Oscars, several celebrities made clear their “plan to wear orange lapel pins on the red carpet and during tonight’s ceremony in support of gun control and the Michael Bloomberg-founded gun control advocacy group Everytown for Gun Safety.”

We witnessed a similar situation at the 2016 Oscars, when celebrities wore gun control bracelets while surrounded by massive amounts of armed security.

Such behavior sends the message that a celebrity life is worth more than the life of a farmer in middle America; that guns for the commoner need to be controlled and limited but armed protection on par with presidential protection is justified for Hollywood.