The new Disney+ streaming service has added social justice trigger warnings to some of its classic movie titles, telling subscribers that beloved Disney movies including Dumbo, Swiss Family Robinson, Davy Crockett: King of the Wild Frontier, and the original Lady and the Tramp may contain “outdated cultural depictions.”

The generic trigger warnings appear in the plot synopses that users see on the Disney+ interface before clicking to play a title.

“This program is presented as originally created,” the warnings say. “It may contain outdated cultural depictions.” 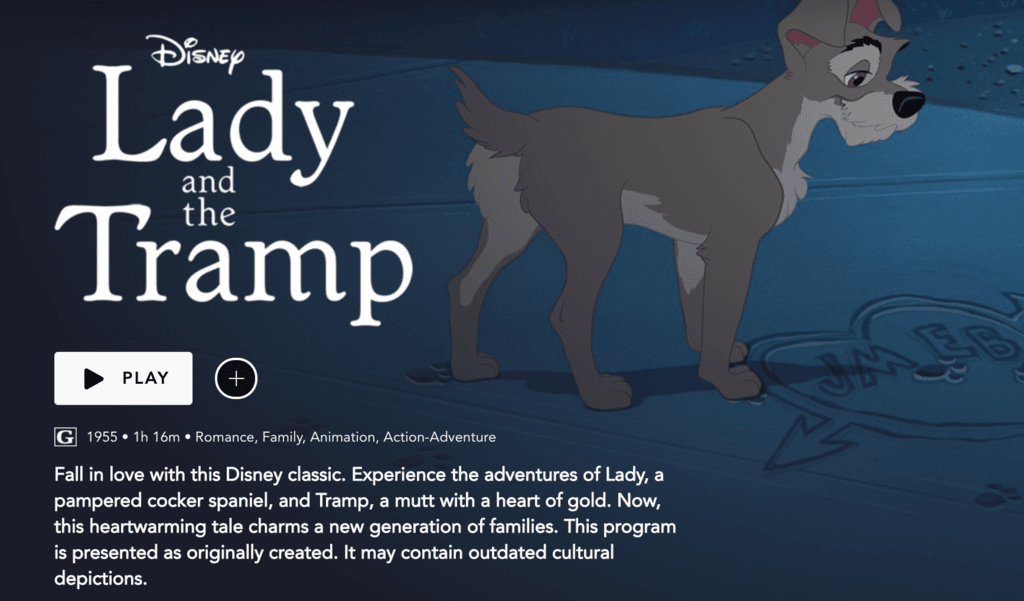 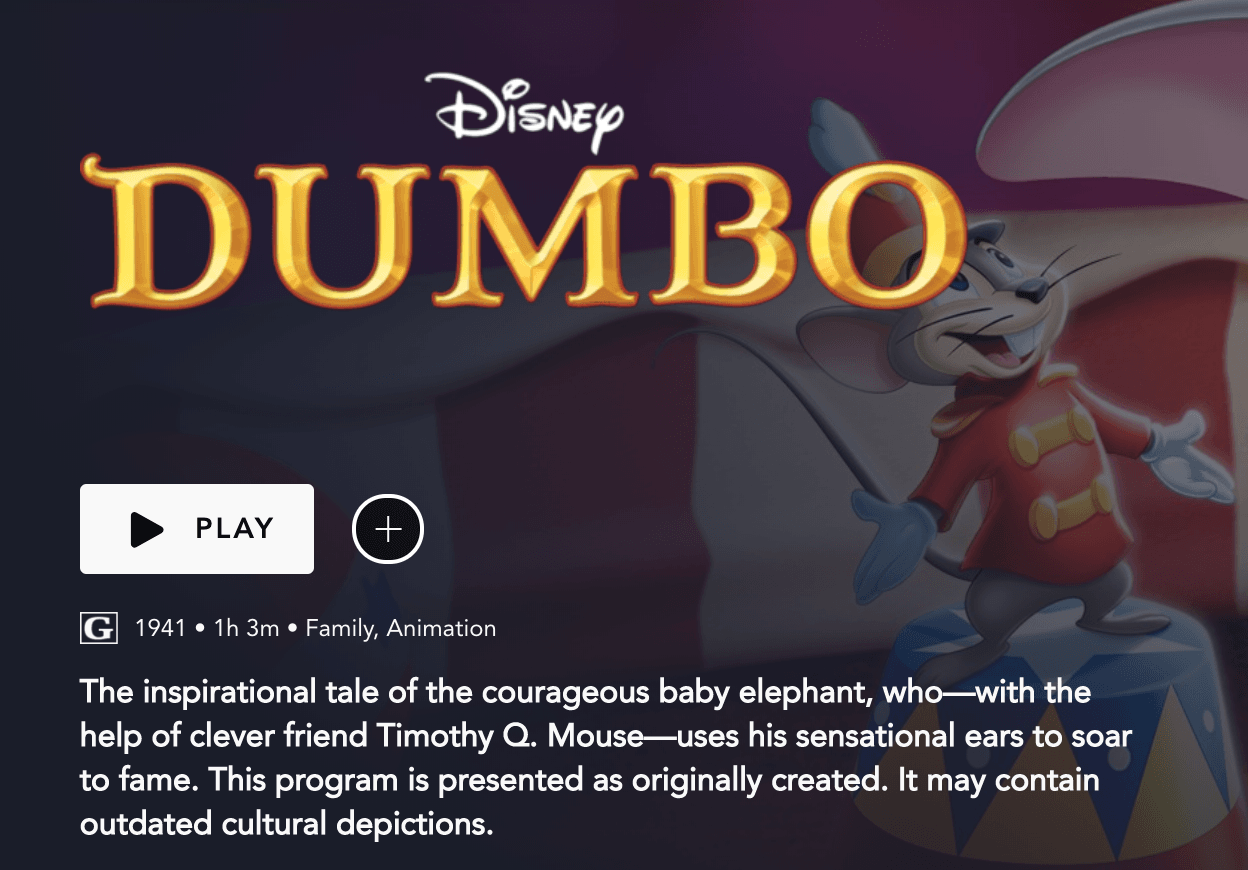 The warnings appear to focus on titles that depict indigenous people, African Americans, Asians, and other minorities in ways that some now regard as stereotypical.

The original animated Dumbo, which was first released in 1941, features a supporting cast that includes a flock of black crows whose mannerisms and voices are now considered to be racist depictions of black Americans.

Contemporary cultural critics have also cited the portrayal of Native Americans in Davy Crockett (1955) and Southeast Asians in Swiss Family Robinson (1960) as racist.

Lady and the Tramp, the original 1955 animated movie, features the musical sequence “We Are Siamese,” performed by a pair of Siamese cats in whispery, Asian-accented voices.

Disney+ has even slapped a trigger warning on the 1942 animated short film How to Fish, featuring Goofy. It remains unclear how the seven-minute film could be construed as offensive.

The new streaming service, which debuted Tuesday, is one of the multimedia giant’s most ambitious efforts to date. But technical problems have marred the service’s big unveil, with many subscribers saying on social media that they have had problems connecting to the platform.

Before it launched this week, some media outlets wondered if the streamer would include the controversial 1946 Disney movie Song of the South, which features a character named Uncle Remus and is set during Reconstruction.

A search of Disney+ on Tuesday couldn’t find Song of the South on the platform.