I would hate to be The Gentlemen director Guy Ritchie — well, not really. He’s a talented millionaire who hangs out with Robert Downey Jr. and was married to Madonna when she was still hot. What I mean by “hate to be” is that in 1998 Ritchie made his first feature, Lock, Stock and Two Smoking Barrels, in 2000 he followed it up with Snatch, and all we’ve wanted since is for him to keep hitting those heights.

And we’ve been patient. We understand how a woman like Madonna can get in your head and poison the muse. So we forgive Swept Away and the Kabbalah-influenced Revolver. And we get that a bruthah’s got to make a living, maybe not to the point of that Aladdin remake, but the first Sherlock Holmes was pretty good.

And so, during all this time we’ve patiently tapped our toes waiting for Ritchie to take us back 20 years, back to when we first discovered him, to the movie heroin that is Lock, Stock and Snatch  — naughty British men being naughty British men; calling each other “right cunts;” punching, shooting, and betraying in a dizzying display of self-reverential dialogue (you can hardly understand) by way of triple and double crosses.

Lock, Stock and Snatch are exhilarating, enthralling, and since they were both small movies — independent movies at a time when “independent movie” didn’t mean “pretentious and pompous,” you also felt like you were discovering something, a secret no one else knew about. Those kinds of movies are very special movies, and now that I have myself all worked up, I’m going to watch both again this weekend.

With The Gentlemen, Ritchie returns to form … almost.

Matthew McConaughey is Mickey Pearson, an American living in England who bootstrapped himself from a stateside trailer park to England’s top marijuana baron, a man in love with his wife (a terrific Michelle Dockery) and the sole proprietor of a vast empire hidden beneath the Downton Abbey-style estates of Britain’s upper crust.

Entering middle age, Mickey decides it’s time to sell out and buy his way into respectability. Unfortunately, he’s in the drug business, which means the very idea of retiring offers up an odor of weakness, and so the predators begin to circle. On top of that there’s Mickey’s Big Dave problem. Big Dave (Eddie Marsan) runs a British tabloid, carries a grudge against Mickey, and has the goods on him — well, not yet. 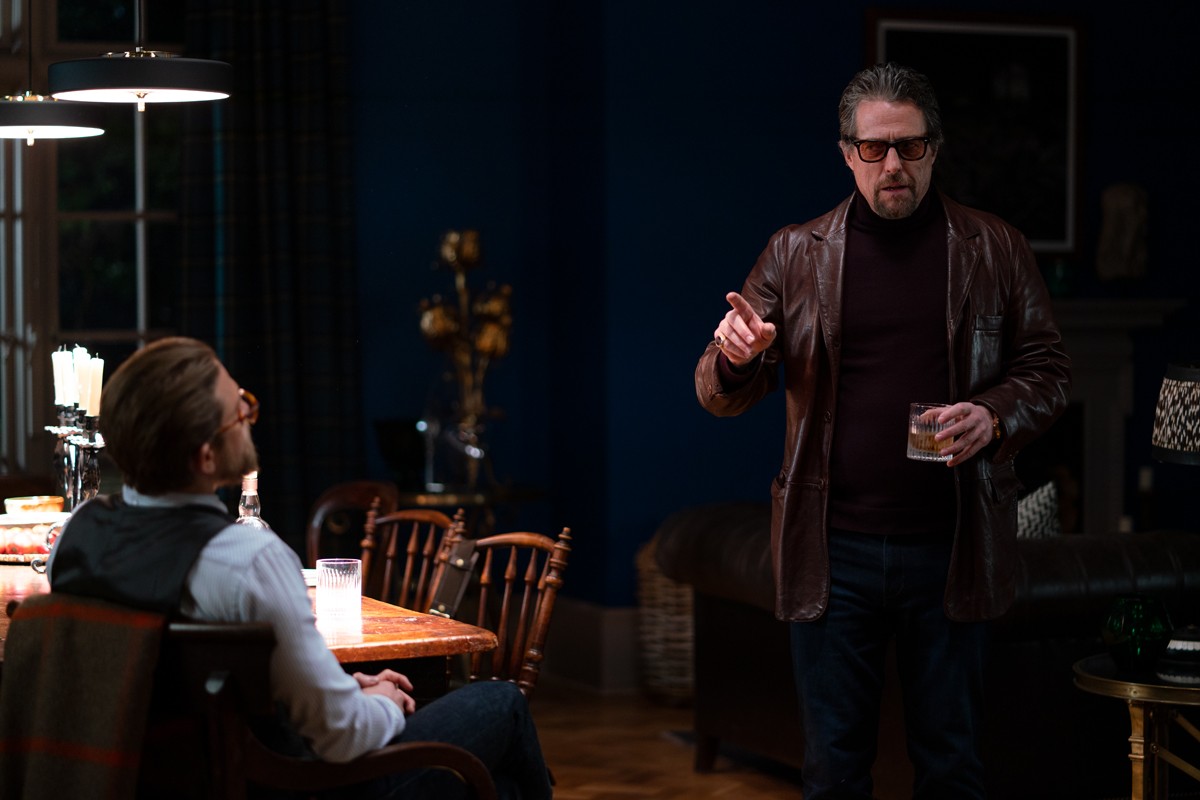 Big Dave’s private investigator, Fletcher (Hugh Grant having a great time), actually has the goods on Mickey. Fletcher, however, is willing to sell those goods to Mickey’s consigliore Raymond (Charlie Hunnam) for 20 million pounds.

Ritchie aims to please. He really does. In so many wonderful ways the movie pokes its finger in the eyes of the fascist woketards as our colorful cast of characters dare to use words like “Oriental” and “Chinaman,” and discuss if the term “black cunt” is racist or merely an observation. And there are plenty of surprises. I would  love to see an entire movie about Colin Ferrell’s Coach, a guy who looks, dresses, and acts like a piano teacher who still lives with his mother, while in reality — well, I won’t spoil it. Let’s just say I want to see more of Coach and his gang of rapping, gymnast, social media-addicted troublemakers.

The biggest problem is the movie’s structure, which is told in a never-ending series of flashbacks. In his attempt to blackmail Mickey, Fletcher reveals everything he knows about Mickey and his operation to Raymond. This story goes on and on and on, and keeps you from settling down and getting into the story-story.

The parts are also more clever than the whole. There are some legitimately good scenes, a few laughs, clever characters, and clever twists. In the end, though… Well. For a finale like this one to work, you have to be able to rewind the movie in your head and go Aha, I didn’t see that coming but should have…

Sorry,  I just didn’t see Raymond in camo hiding in the bushes.

Another problem is McConaughey, a great actor who’s also a “type,” and not the type you buy as a ruthless, middle-aged drug lord, or former Rhodes Scholar. Twenty years ago, the late, great, and much-missed Dennis Farina would have kicked everyone’s ass to dust in that role.

Ritchie also has something to say about Britain’s upper-class, but it’s a little murky. And the movie itself is a tad upper-class — too pretty, too neat, too polished.

The Gentlemen didn’t bore me. And I will see it again, but will do so hoping it’s better than I remember.