Sabo, the Los Angeles street artist, is once again trolling liberal Hollywood and its sacred cows, this time lampooning Democratic presidential candidates including Joe Biden, Elizabeth Warren, and Bernie Sanders in a spoof of the Oscar-nominated movie Parasite.

Sabo’s posters and billboards began appearing late Thursday around L.A., just three days before the 92nd annual Academy Awards, which are scheduled to take place on Sunday at the Dolby Theatre. The posters depict the Democratic presidential contenders as characters from Parasite, which is nominated for six Oscars including best picture, director, and foreign film.

The critically acclaimed drama from South Korea tells the story of two families — one wealthy, the other poor — and how their interactions grow increasingly fraught with emotion and dread. Directed by Bong Joon-ho, the film won the Palme d’Or at last year’s Cannes Film Festival and has become a surprise box-office success in the U.S, so far grossing more than $33 million. 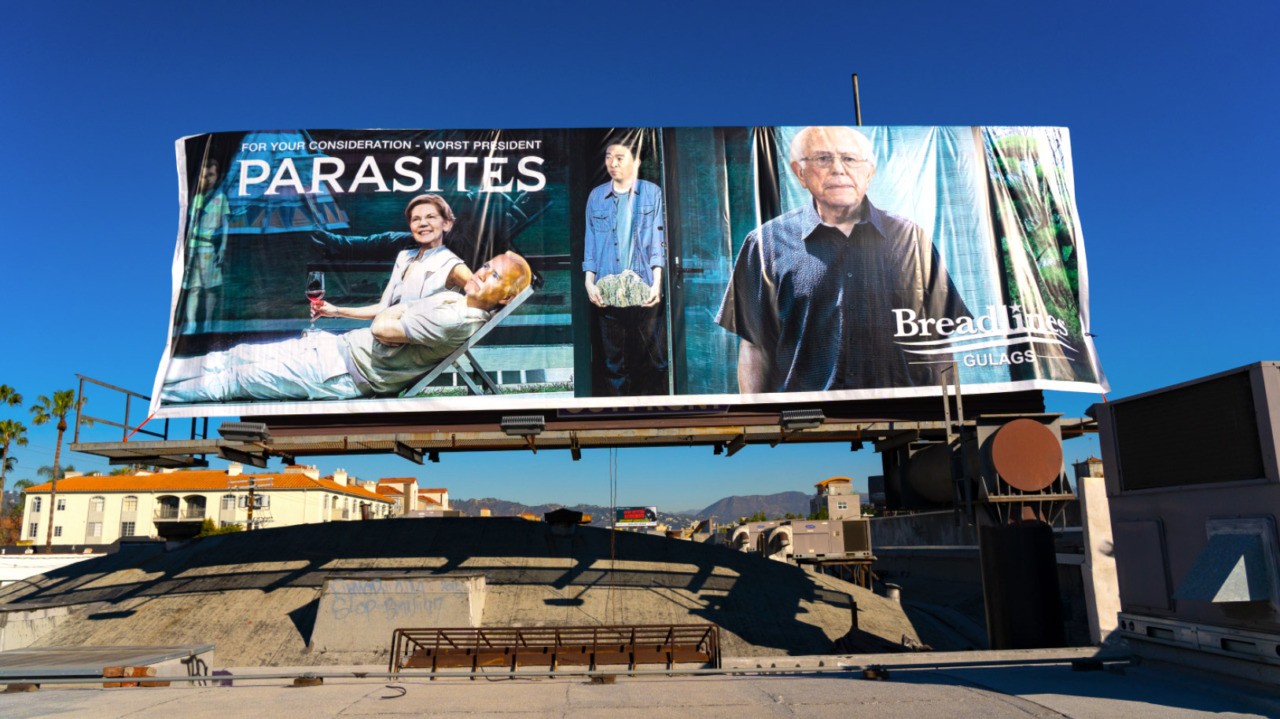 Sabo’s billboards are a mock “for your consideration” ad — the kind that is ubiquitous around L.A. during Oscars season as studios push their titles for awards glory.

Meanwhile, millionaire Sens. Joe Biden (D-DE) and Elizabeth Warren (D-MA) are shown as members of the movie’s wealthy family, luxuriating in their post-modern house. Candidates Pete Buttigieg and Andrew Yang are also lampooned in the poster as children of the respective families. 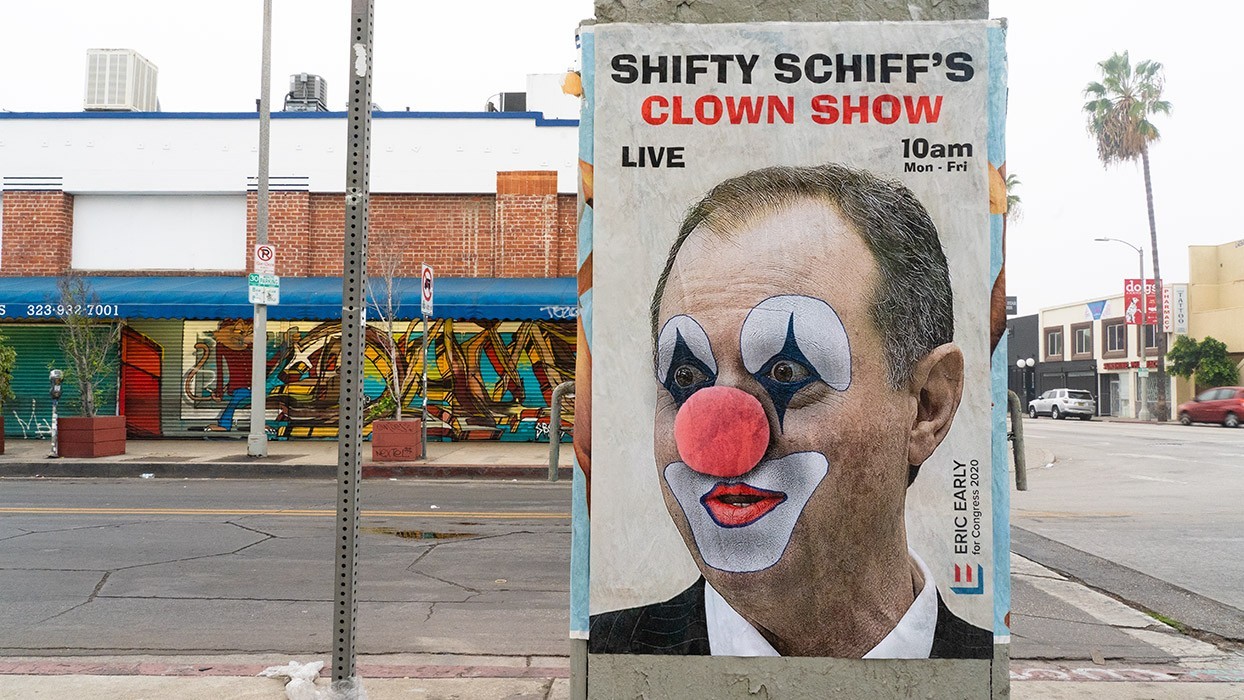 Two years ago, Sabo trolled Hollywood celebrities ahead of that year’s Oscars ceremony by erecting three billboards that sent messages to a town whose most powerful men had recently been accused of decades of sexual abuse, setting off the #MeToo movement.