Satire is a wonderful thing. The Hunt’s unpretentious satire is even better, especially since it offers over-the-top violence, a genuine affection for Trump supporters, and the movie’s star, Betty Gilpin.

This kind of satire is good for our country. It’s healthy. It’s a positive thing. The Hunt doesn’t have us hating on one another, we’re not even laughing at one another.… No, what we’re doing is chuckling together at a skewed (but affectionate) image of us and them, and that’s humanizing. This kind of satire actually brings the temperature down. Nothing is healthier than being able to laugh at yourself.

The Hunt is no masterpiece. It has some Big Ideas, some smart ideas, but it’s a grinder and knows it’s a grinder, and therefore it’s more interested in entertainment than depth — and that’s freakin’ perfect. Satire is healthier when it’s silly, when the only goal is to entertain.

Silliness is a balm.

And to think, people on the left and right almost got this thing blacklisted, almost got it canceled, and did succeed in getting it postponed.

We deplorables? We’re the good guys. Oh, sure, we’re still satirized. But we’re the ones being hunted by a gang of snobby, left-wing elites who are constantly trying to out-woke one another.

“Who told you that?”

“And who controls NPR?”

I laughed and while I was laughing I liked this couple, even though they just murdered three deplorables. 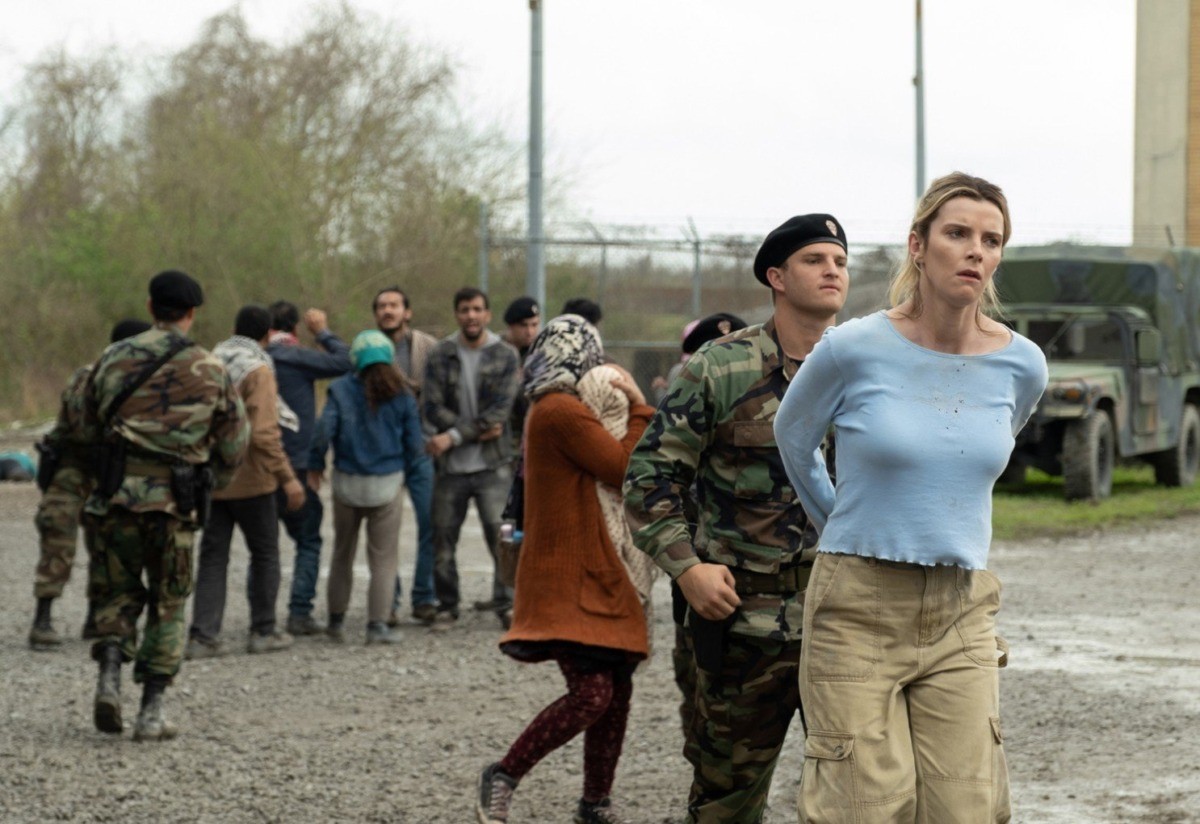 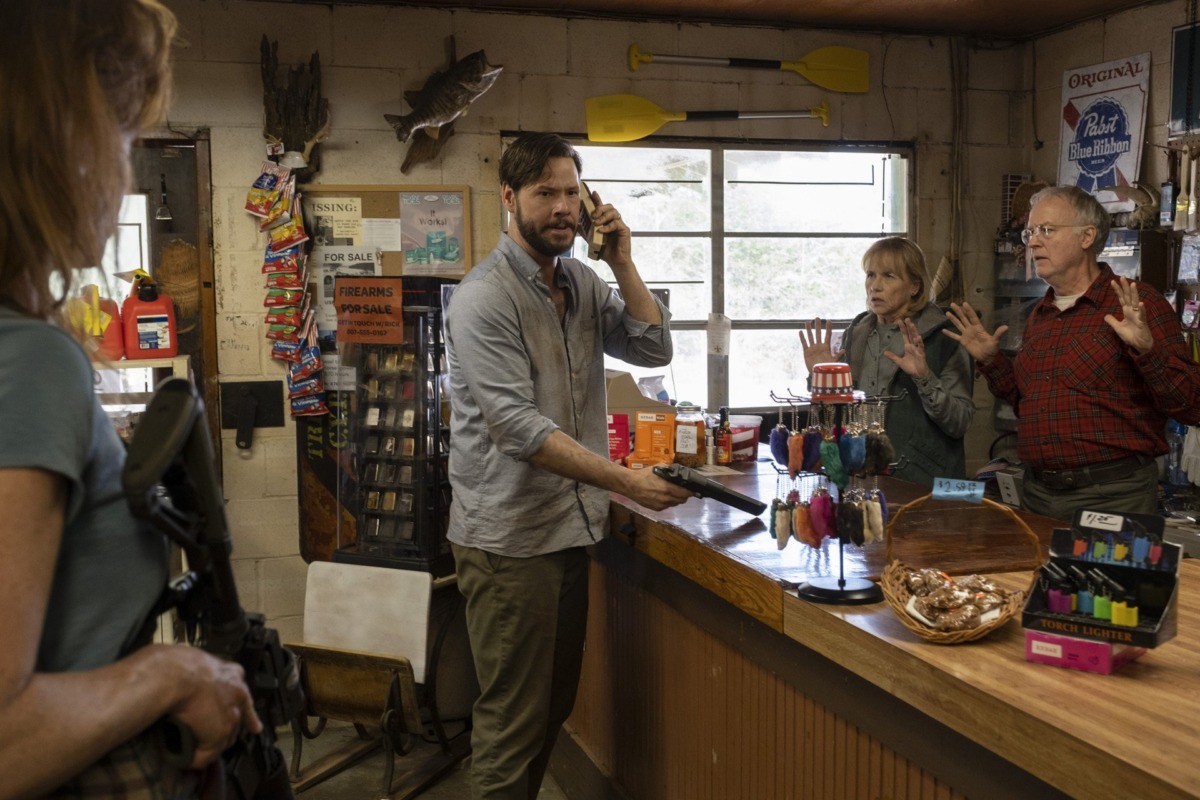 Outside of the violence and satire, there is something else in The Hunt that did strike me as worthy of note, and that’s Betty Gilpin as Crystal.

The Hunt opens quickly, the entire 90-minutes never stop moving, and the opening hits us with a series of terrific head fakes about who our protagonist is going to be. Eventually it settles on Gilpin, and in my estimation, this is the kind of performance that promises the arrival of a star.

On paper, the Crystal role is one thing — a capable young women from Mississippi. What Gilpin does with it, though… Wow. Through sheer talent and hard work, she gives Crystal a vivid and unique personality. Her line readings always communicate — not just her anxiety, but that her wheels are always turning; she’s constantly thinking, planning, scheming… Gilpin brilliantly walks a fine line between quirk and a believable, charismatic character that is by far the best part of the movie. This should be a breakout role for her. It sure doesn’t hurt that she’s gorgeous.

For those still wary, the over-arching idea at work here is that left-wing elites are such entitled snowflakes, they’re abusing their wealth and power to murder people over the bad things they said on the Internet. That’s what motivates all of this. And this is not entirely inaccurate. The left really is out there hunting us down with their cancel culture and blacklists. The Hunt just turns that truth up to 11, which is — at the risk of repeating myself, what good satire does.

Of course, those on the right who tried to cancel this movie add an unexpected and unfortunate layer of irony to that idea…

I enjoyed every minute of The Hunt and still can’t believe it got made.