Actress Elizabeth Banks claimed that women today are still up against “quite a lot of historical patriarchy and misogyny.”

In a recent interview with Hollywood Reporter about her role as a 1970’s feminist activist Jill Ruckelshaus in the new FX/Hulu miniseries, Mrs. America, Elizabeth Banks said that she believes women are still facing the chauvinism they were fighting in the 70’s.

“I think it’s true in some respects,” said Banks of having come a long way from the 1970’s, adding that she believes the show still “really shines a light on really where we are still failing so many women in America and around the world, honestly.”

“[Women] are half the population and we are up against quite a lot of historical patriarchy and misogyny,” said the Hunger Games actress. “We thought that we could win these battles quickly and it turns out that we cannot.”

In another part of the interview, Banks went on to claim that “a lot of women participate in the patriarchy,” and claimed that conservative activist Phyllis Schlafly is partly to blame for the United States having recently “become as fractured and divisive as we have been.” 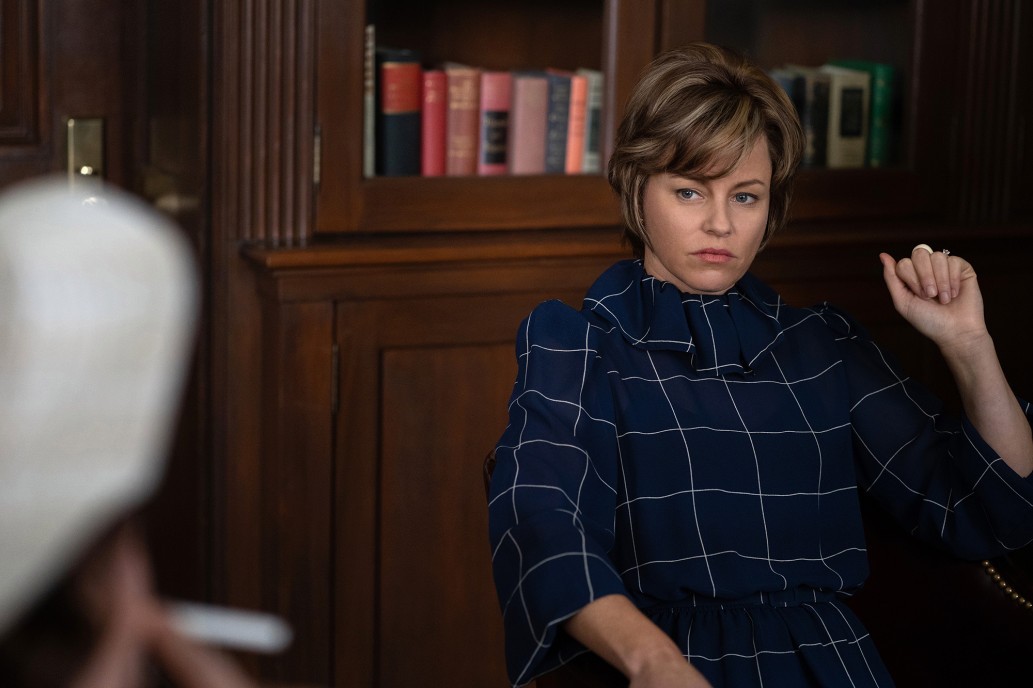 The late Phyllis Schlafly — who is played by Cate Blanchett in Mrs. America — was an iconic conservative activist and author who defeated the Equal Rights Amendment and gave conservative women a voice on the political stage.

Banks even stated that she believes abortion is “not really that controversial,” but rather, a “wedge issue.”

“And that’s not really that controversial,” added Banks of abortion. “And yet we hear every day about these wedge issues.”

In March, Banks led a pro-abortion rally outside the Supreme Court, where she told supporters that a woman’s right to ending the life of her unborn child is “liberty itself.”

In her interview with Hollywood Reports, the Walk of Shame actress went on to suggest that Republicans — rather than Democrats — are to blame for the increasingly polarized politics of today.