Actress and Hollywood director Elizabeth Banks led a pro-abortion rally outside the Supreme Court on Wednesday, telling supporters that a woman’s right to terminating a pregnancy is “liberty itself.”

“Today we are taking the opportunity to present reproductive freedom, including abortion, for exactly what it is: no less than liberty itself,” said Banks, who also serves as the Chair of the Center for Reproductive Rights Creative Council.

Banks was also joined on stage by Freaks and Geeks actress Busy Phillips, who pledged to never stop telling the world about her abortions.

“I had an abortion when I was fifteen years old, and I’m telling you this because I’m genuinely really scared for women and girls all over this country,” she admitted at one point.

It was at this rally that Sen. Schumer threatened Supreme Court Justices Neil Gorsuch and Brett Kavanaugh, should they vote against abortion. 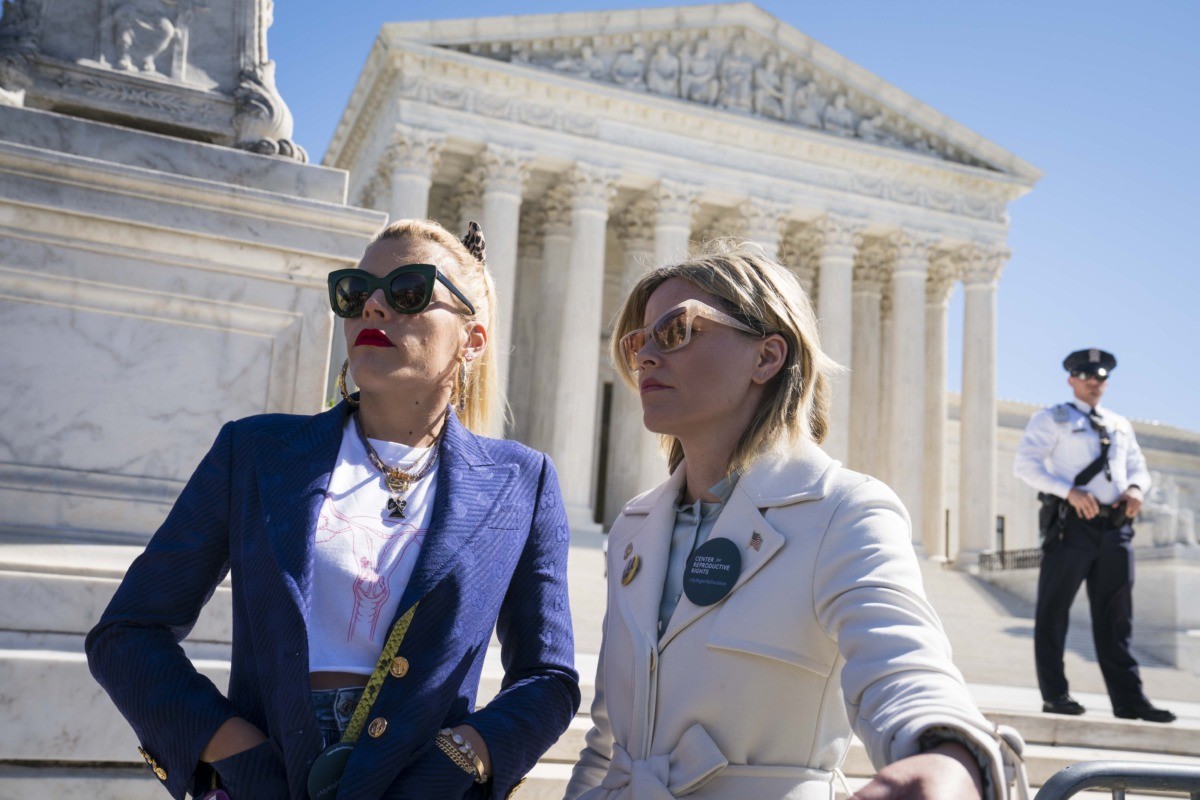 Actors and activists Busy Philipps and Elizabeth Banks participate in an abortion rights rally outside of the Supreme Court as the justices hear oral arguments in the June Medical Services v. Russo case on March 4, 2020 in Washington, DC. (Sarah Silbiger/Getty Images)

Chief Justice John Roberts condemned Schumer’s comments, accusing him of “dangerous” rhetoric. “Justices know that criticism comes with the territory, but threatening statements of this sort from the highest levels of government are not only inappropriate, they are dangerous,” Roberts said in a statement.