A new study has identified nearly 100 Hollywood figures who smeared Brett Kavanaugh but who have either remained silent on or have defended Joe Biden, who has been accused by Tara Reade of sexually assaulting her nearly three decades ago.

In some cases, #MeToo celebrities have actively sought to discredit Reade by implying that she is a liar or a Russian asset.

The industry hypocrisy is catalogued in a new Newsbusters study that singles out stars including Alyssa Milano, Debra Messing, Jimmy Kimmel, and Patricia Arquette. In all, the study identified 95 entertainment industry figures who appear to have a double standard when it comes to the #MeToo movement.

The study also highlights Time’s Up advocates including Jessica Chastain, Brie Larson, Natalie Portman, and Julianne Moore who have not publicly commented on the allegations against Biden. But these A-list actresses voiced support for Christine Blasey Ford and her accusations against Kavanaugh. 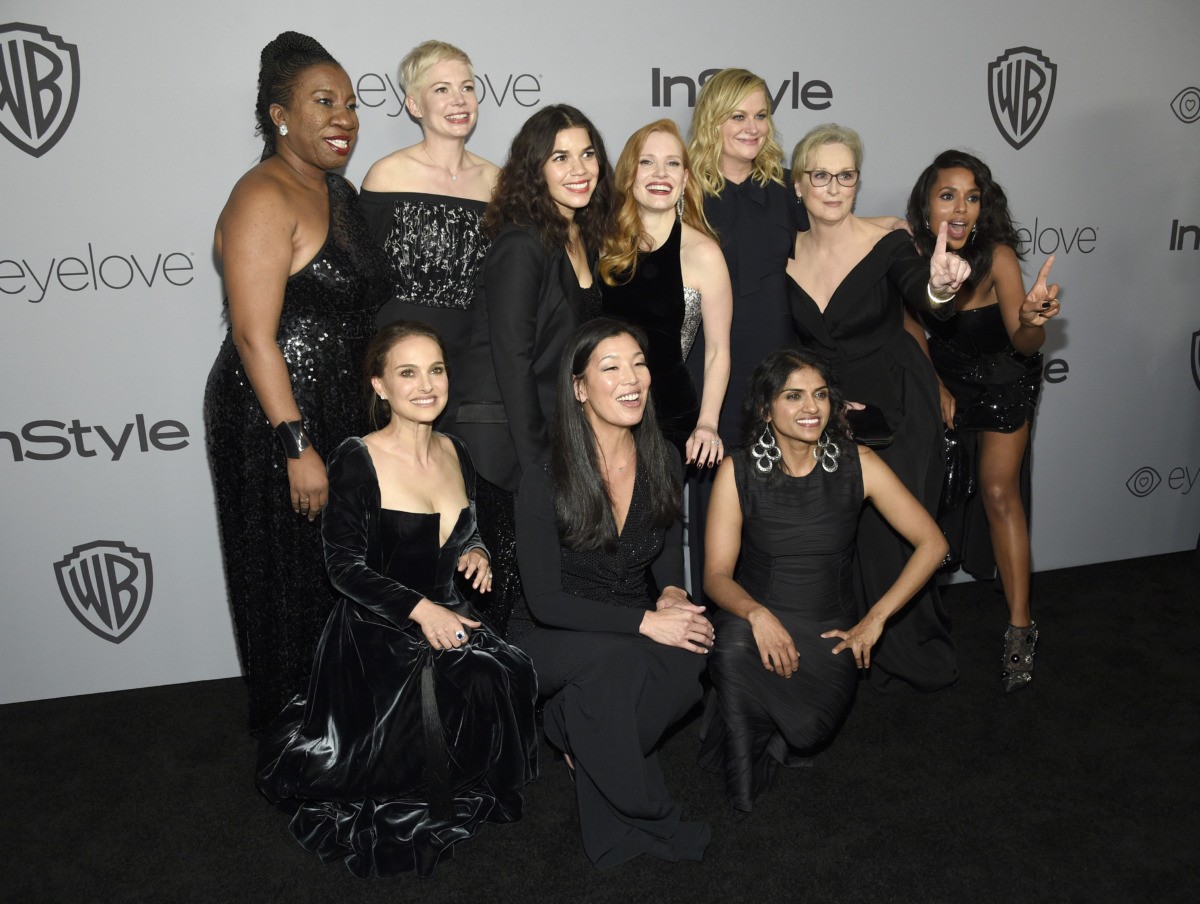 “Biden hasn’t been held to the same, or any real standard by his friends in Hollywood. It’s clear #MeToo has become a political weapon, not a moral awakening, as these virtue-signalling hypocrites sold it,” the study concludes.

Newsbusters found some Hollywood #MeToo figures who have tried to discredit Tara Reade.

Mrs. Doubtfire screenwriter Randi Mayem Singer implied that Reade is a Russian asset in a tweet this month. “So is Tara Reade/’Jennifer’ trying to impress Vladimir on behalf of Donald Trump/’John Barron’?” she wrote. During the Kavanaugh controversy, Singer defended the women who accused the Supreme Court nominee of sexual misconduct.

So is Tara Reade/"Jennifer" trying to impress Vladimir on behalf of Donald Trump/"John Barron"?

Oscar-winner Patricia Arquette has also sought to discredit Reade, calling into question her public statements and implying that she is lying.

Which Tara Reade do you want me to believe? The one who last year said Biden touched her neck and made her feel uncomfortable Or this one?

Late-night host James Corden joked repeatedly about Kavanaugh in 2018, even calling him an “angry alcoholic.”  But when Corden interviewed Biden on April 21, he failed to ask any questions about Tara Reade.
The same goes for Jimmy Kimmel, who has mocked Kavanaugh on his show but never once brought up Reade during his interview with Biden.

Comedian Amy Schumer and model Emily Ratajkowski were both arrested during an anti-Kavanaugh protest in 2018. But neither has condemned Biden.

“It’s clear that the standard of  ‘#believeallwomen,’ — that all-hallowed #MeToo mantra — ended up only being a manipulative political weapon used against powerful men the left hated and put away when powerful lefty men were accused,” the study says.
Among the other celebrities found in the study are Jane Fonda, John Legend, Jim Carrey, Samantha Bee, Alicia Keys, Emmy Rossum, Padma Lakshmi, Seth MacFarlane, Josh Gad, and Sally Field.