Mission abort? Netflix’s comedy series Space Force is bombing with establishment media TV critics despite a smug, anti-Trump premise that usually guarantees at least a passing grade from the media.

Show co-creators Steve Carrell and Greg Daniels reportedly pitched Netflix with just two words: “Space force.” The show seemed to write itself: A four-star general (Carrell) receives the call to head up the newest military branch at the behest of an impulsive commander in chief. But he soon finds himself struggling to put “boots on the moon” as he contends with a staff of under-motivated bureaucrats.

Netflix gave it the greenlight, which should come as no surprise given the streamer’s political leanings: it has a production deal with the Obamas, and former Obama advisor Susan Rice sits on its board.

But maybe executives should have thought twice before committing to the big-budget comedy, which features elaborate digital effects and massive sets that are more typically seen in tentpole movies. Reviews of the series have ranged from atrocious (a “waste of space, talent, resources, time”) to merely meh (“a diversionary delight at best”).

The far-left Daily Beast called the series “shockingly bad.” The show is “largely unfunny, has no sense of perspective or tone, and, outside of a pleasant, somewhat adorable Odd Couple friendship between Carell and Malkovich’s characters, offers little to warrant a recommendation.”

The Hollywood Reporter said the show suffers from “lax energy” and a lack of comic consistency. The supporting characters are “treated as thin comic relief in a show that’s already supposed to be a comedy. They feel exactly like what they are: glorified day players who did improv for an afternoon rather than parts of any sort of organic satirical universe.” 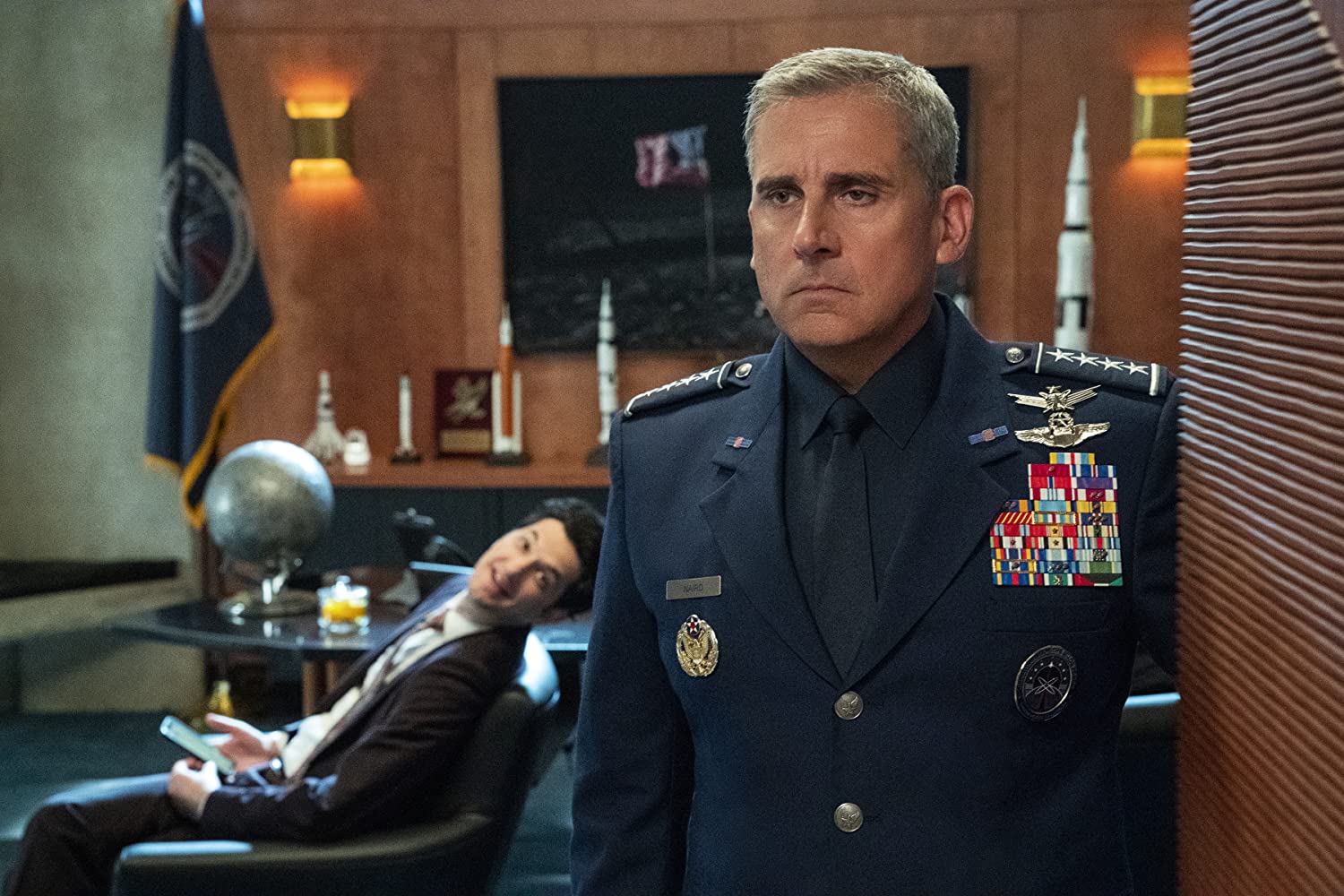 Consequence of Sound unequivocally panned the series, calling it “a glib comedy about stupidity and wasted resources that itself feels stupid and wasteful.”  The show often comes off as a like a one-joke premise stretched out over an entire season. “Haha, Space Force, amirite?” is the thesis. That’s it, that’s the premise. There is no more.”  Ultimately, the show is a “waste of space, talent, resources, time.”

Rolling Stone concluded that the show is “uncomfortable to watch at best.” The show’s “stylistic touchstone seems to be in the farcical vibe of Dr. Strangelove, but everything just winds up feeling frantic and labored.” At the end, you’re left wondering: “How did so much talent and money go to such waste?”

Indiewire called it “a diversionary delight at best,” adding that the show is hamstrung by “under-developed characters” and “first-draft jokes.” Malkovich is the best reason to tune in, with his “carefully paced elocution” and “subtle reactions,” which “work in brilliant comedic contrast to his regular scene partner.” But overall, the show is merely “serviceable.”