Actor and climate change alarmist Harrison Ford flew his 19-year-old son off to college on a carbon emissions-pumping private jet this week, according to a report by Just Jared, which says the Indiana Jones actor, his son, and wife Calista Flockhart were seen exiting the jet in Amherst, Massachusetts.

Harrison Ford flying hundreds of miles on greenhouse gas-spewing jet flies in the face of his constant climate change alarmism. Earlier this year — while in in Mexico City to promote his latest film — Ford praised teenage climate worrier Greta Thunberg and trashed the United States, claiming that the nation has lost its “moral leadership” on issues such as improving the environment and immigration policy. 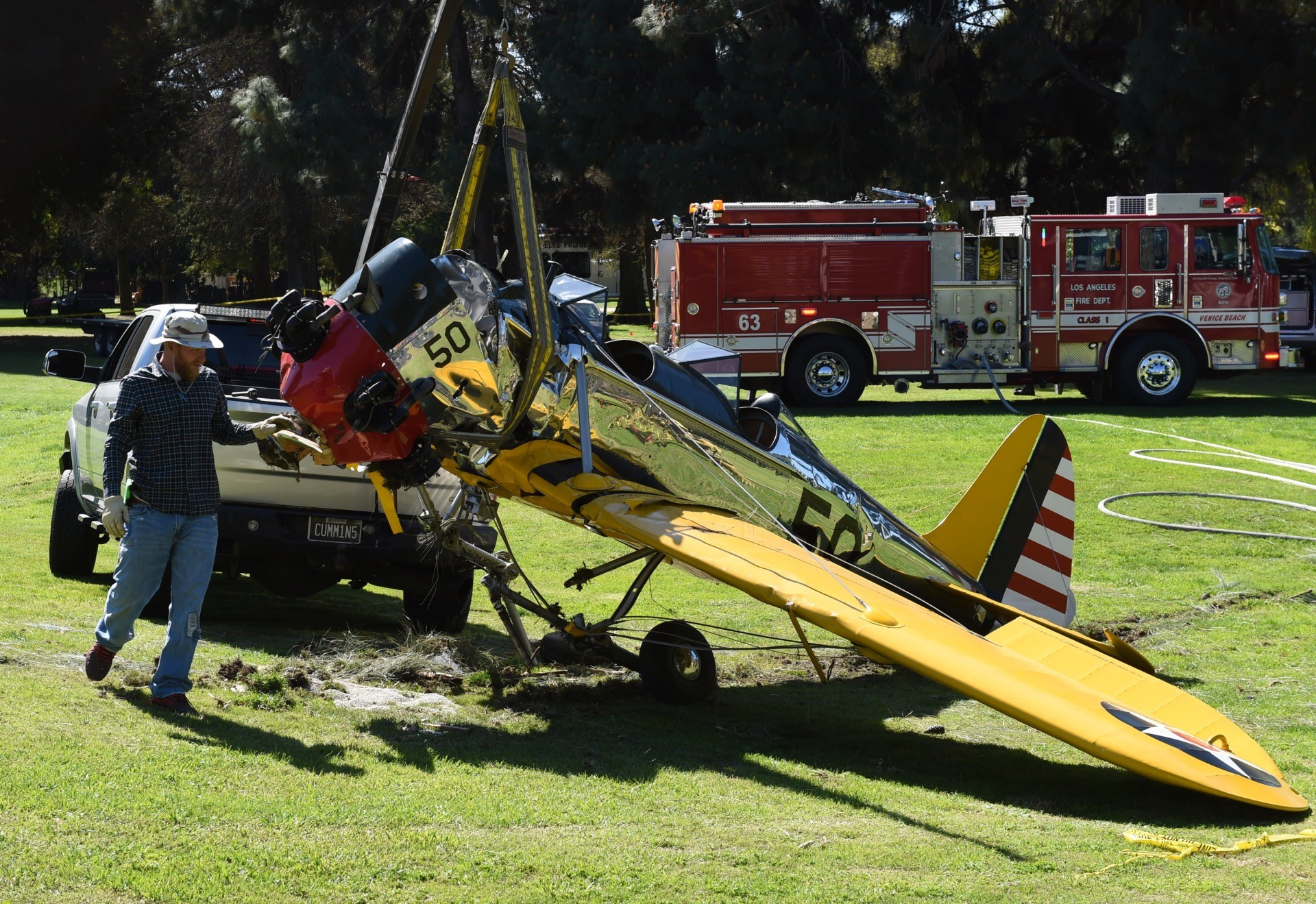 Firefighters and an aviation official remove the 1942 Ryan Aeronautical ST3KR plane that crashed onto a golf course and was piloted by US actor Harrison Ford in Venice, California on March 6, 2015. (MARK RALSTON/AFP via Getty Images)

“We need moral leadership,” Ford told reporters. “We’ve lost some of our credibility and we are anxious to regain it.”

Last year, the Star Wars star demanded that the world “get the hell out” of Thunberg’s way, stating that saving the Amazon rainforest is crucial to any climate change solution and that young climate activists represent the “moral army” who will make a difference.

Ford, who is a licensed pilot, was recently the subject of an investigation by the Federal Aviation Administration (FAA) for making an error while operating an aircraft at a Los Angeles airport a few months ago. Ford cause panic after a tower operator’s instruction to “hold short” went unnoticed on the runway due to oncoming traffic as Ford continued to move his aircraft onto the taxiway.