CBS comedy The Neighborhood became the latest network series to push the anti-police narrative sweeping through Hollywood on Monday by claiming that America’s police departments are organized to enforce “slavery” and “have a history of treating [white people] better than they treat black people.”

The November 16 episode, entitled “Welcome to the Movement,” began with Malcolm (Sheaun McKinney) telling his family that a black friend of his had been beaten and arrested by the police for no real reason after police confronted them as they played basketball.

No other information about this incident is given to viewers but it forms the reason for the characters to launch a protest against the police. In the series, the most prevalent “neighbor” is a white man named Dave Johnson, usually played as a foolish, woke, weirdo by actor Max Greenfield. In short order, Dave joins his black neighbors in their anti-police protest.

Dave’s wife, Gemma (Beth Behrs), tells their son that his father is protesting because “The police are the ones who did something wrong.”

Gemma tells young Grover (Hank Greenspan) that he does not have to worry about the police harassing and beating him. “Right. Because I’m a kid,” the pre-teen Grover says. Gemma corrects him, saying “Actually, it’s because you’re white. You see, the police in this country have a history of treating us better than they treat black people.” 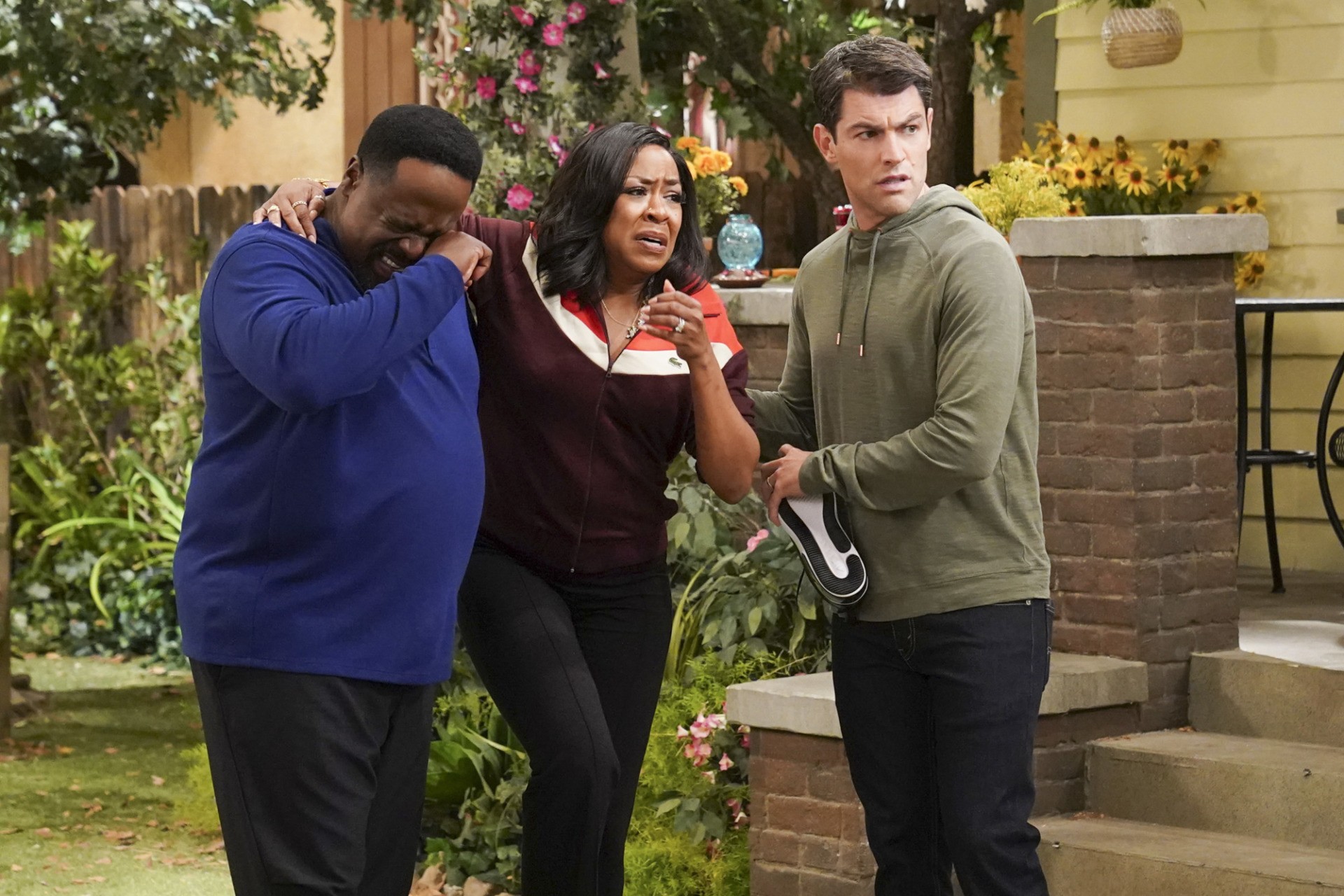 “Welcome to the Movement” – Pictured: Cedric the Entertainer (Calvin Butler), Tichina Arnold (Tina Butler) and Max Greenfield (Dave Johnson). The Butlers and Johnsons unite when a member of their community is the victim of racial injustice, on the third season premiere of THE NEIGHBORHOOD, Monday, Nov. 16 on the CBS Television Network. Monty Brinton/CBS Broadcasting, Inc.

The episode later claims police are geared for “war” against black people and sees star Cedric the Entertainer claim that police are enforcing slave-style conditions by keeping black people ill-educated and out of the voting booth.

Dave tells Calvin (Cedric the Entertainer) that not all cops are bad. That leads to a politically charged monologue:

Tell that to the people being choked out and killed in the streets. Dave, o-of course, there’s some good cops. But they’re a part of a system that was created when we weren’t even considered people. We were considered property. And yeah, yeah, I know people love to say that slaves were freed a long time ago, but it’s that same system that’s got us undereducated, over-incarcerated, and out of the voting booth.

Calvin adds that “No. The system is working exactly how it was designed.”

The claim that white society aims to “keep blacks out of the voting booth” does not conform to reality. According to the liberal Brookings Institute, black people have a higher turnout rate than other minorities. Further, at times, including 2012 and 2016, black voters had an even higher voting rate than white people.

The Neighborhood is only one of a slew of shows that went all-in for the anti-cop, Black Lives Matter narrative as the delayed 2020 TV season finally launched this month. On Monday, for instance, the ultra-woke CBS legal drama, All Rise, featured a segment where a racist white cop treats Judge Lola Carmichael (series star Simone Missick) as a criminal.

But nearly every police procedural show plied the same anti-cop theme as their series premieres aired this month. As Breitbart News reported, shows including This Is Us, Law & Order: SVU and Chicago PD all debuted this season with episodes focusing on racist police departments attacking black citizens.