The fashion at President Joe Biden’s inauguration on Wednesday brought a series of clashing color combinations and a lack of cohesion from most of the day’s leading ladies.

First Lady Jill Biden certainly got the color right in her custom-made dress and matching sparkling tweed overcoat by the New York City-based brand Markarian. Blondes nearly always shine in shades of turquoise and teal, but it was Vice President Kamala Harris who helped tank this look.

Harris, like Mrs. Biden, also wore a dress and overcoat — hers’s by American designers Christopher John Rogers and Sergio Hudson. Aside from the coat’s ill-fit, the shade of purple she chose clashed immensely with any guests who came in photographic distance to her.

The resemblance to the Teletubbies’ Tinky Winky and Dipsy is uncanny! 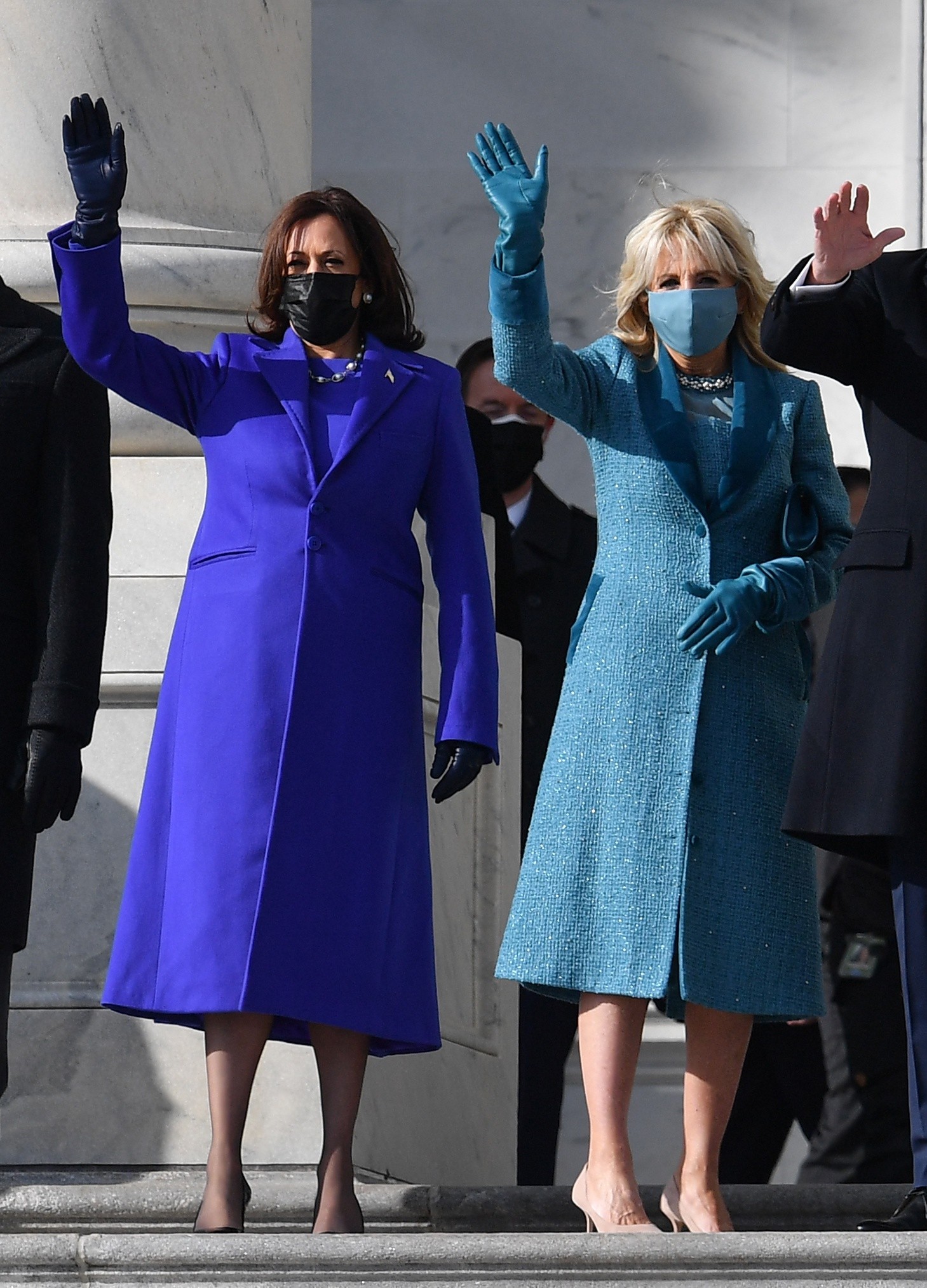 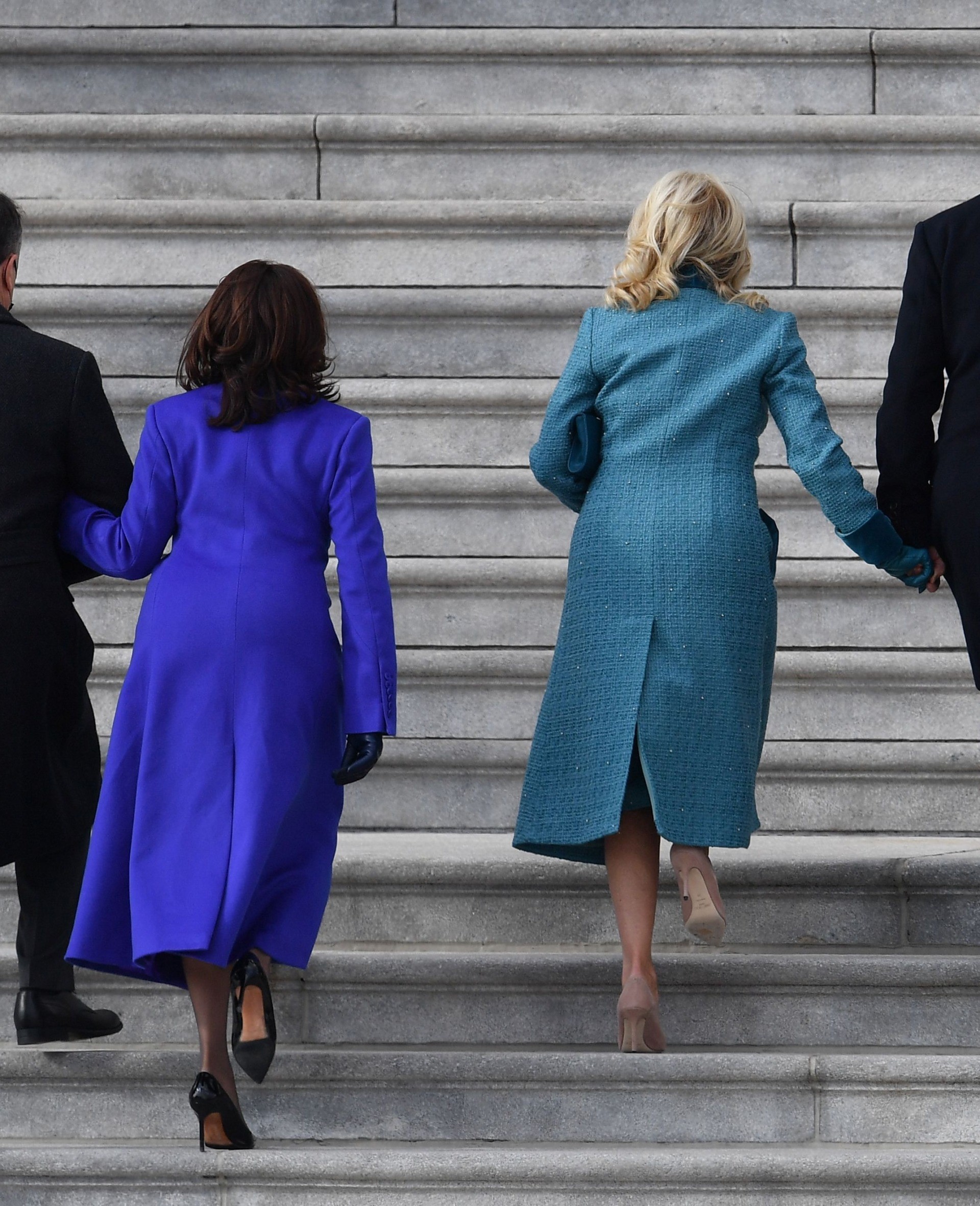 Why Clinton felt the need to pay tribute to Prince and “Purple Rain” is still unknown. 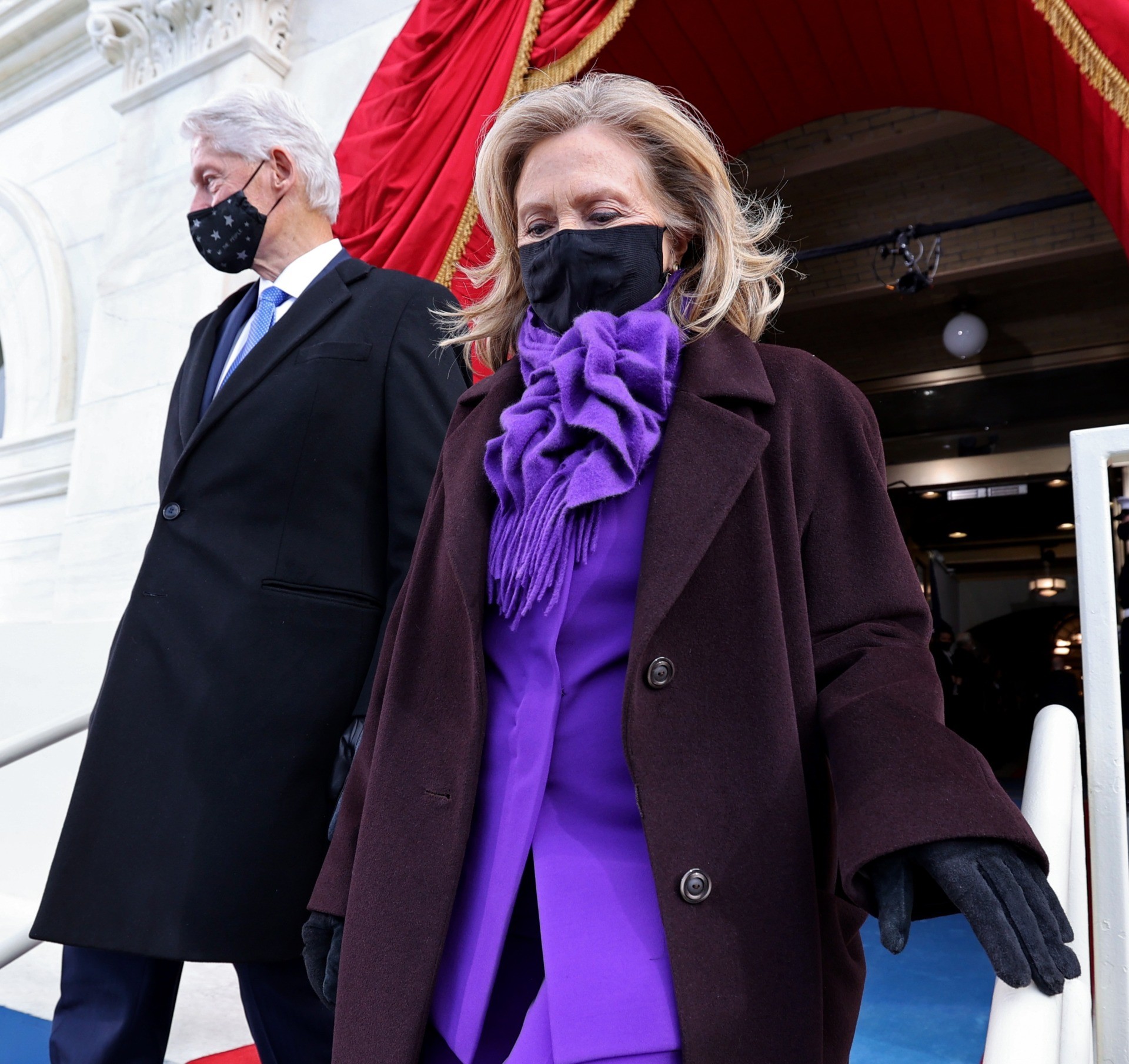 Former First Lady Michelle Obama, in a Sergio Hudson look from the brand’s latest collection, easily was the best dressed official at the ceremony. The wine shade Mrs. Obama chose is a rich tone without any jarring aspect and her opting for wide-leg pants and a turtleneck is undoubtedly more flattering for her than the traditional dress.

Most chic is the large matching belt with its gold hardware and structured floor-length overcoat. A pair of leather boots rather than scuffed black suede heels — to match her black leather gloves — could have made this ensemble an A+. 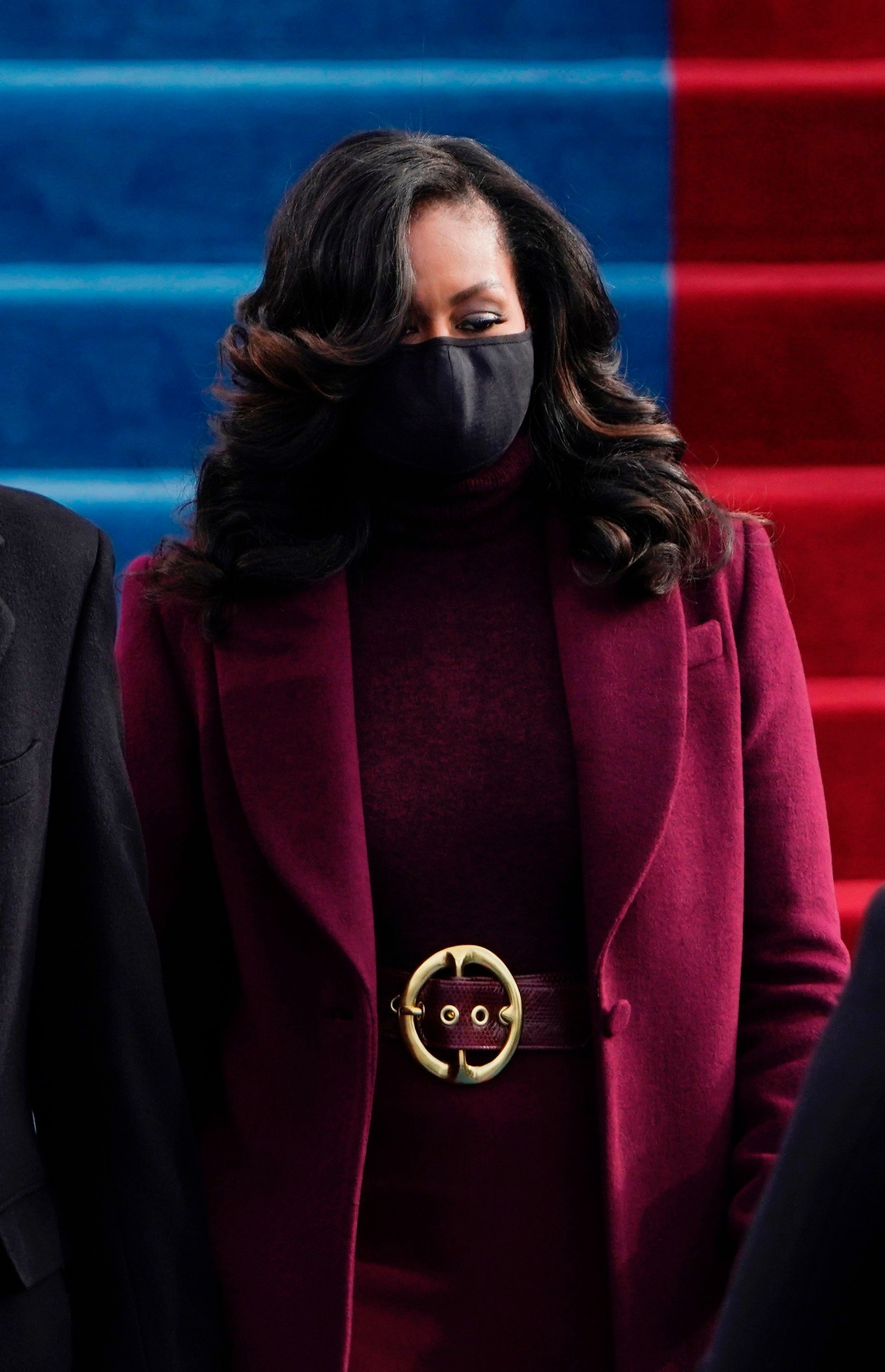 Lady Gaga, who sang the National Anthem in a ridiculously dramatic moment, chose what was clearly supposed to read as an ode to America but appears like a costume for Effie Trinket in the Hunger Games.

Schiaparelli Haute Couture’s Daniel Roseberry, fittingly from Texas, designed the gown with its giant Mockingjay-style (another Hunger Games staple) peace dove broach and poof red skirt. I, though, am much more interested in who on the Inaugural Committee approved such an ensemble. This is an inauguration, after all, not the Met Gala’s tribute to First Ladies. 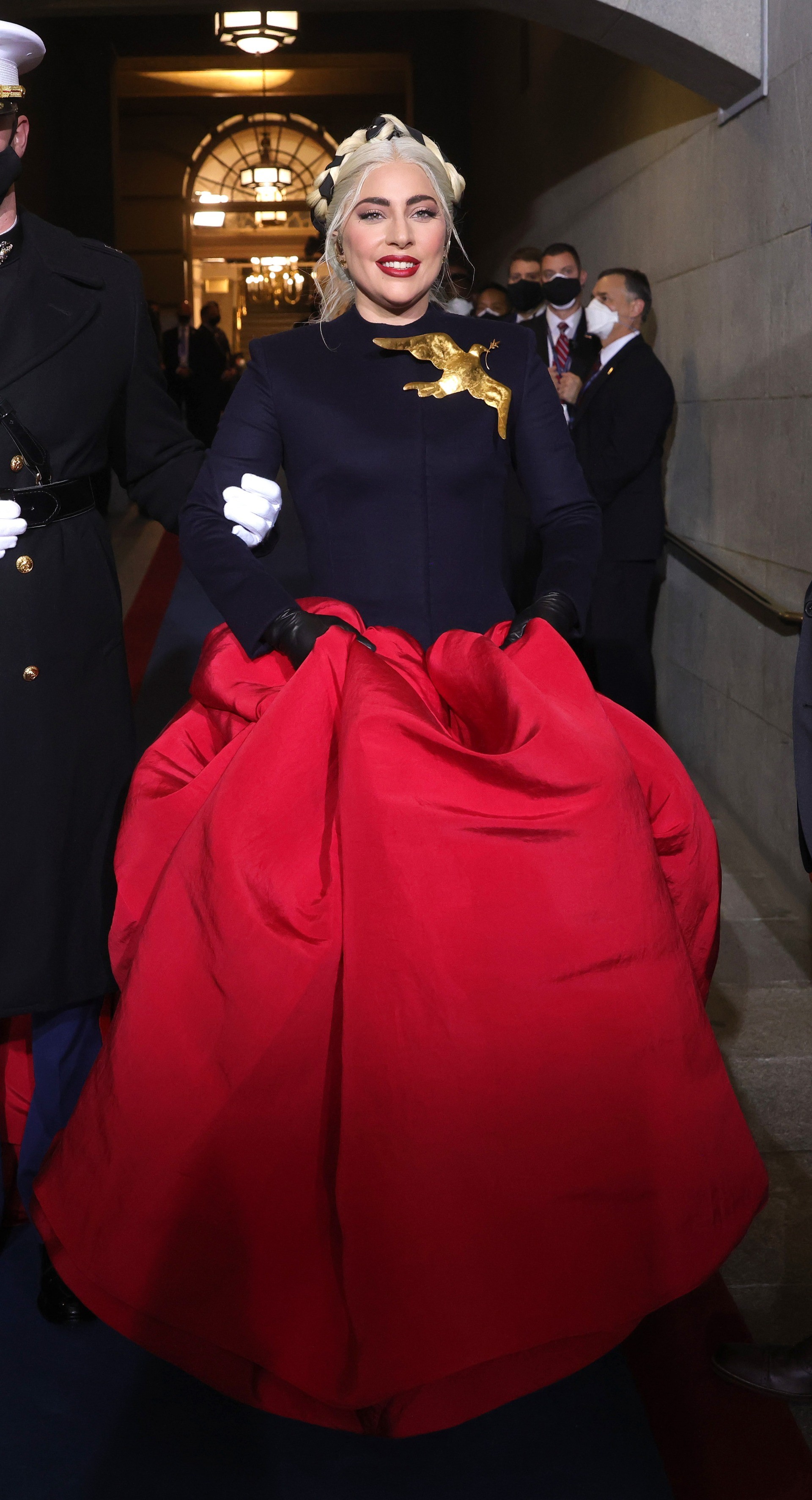 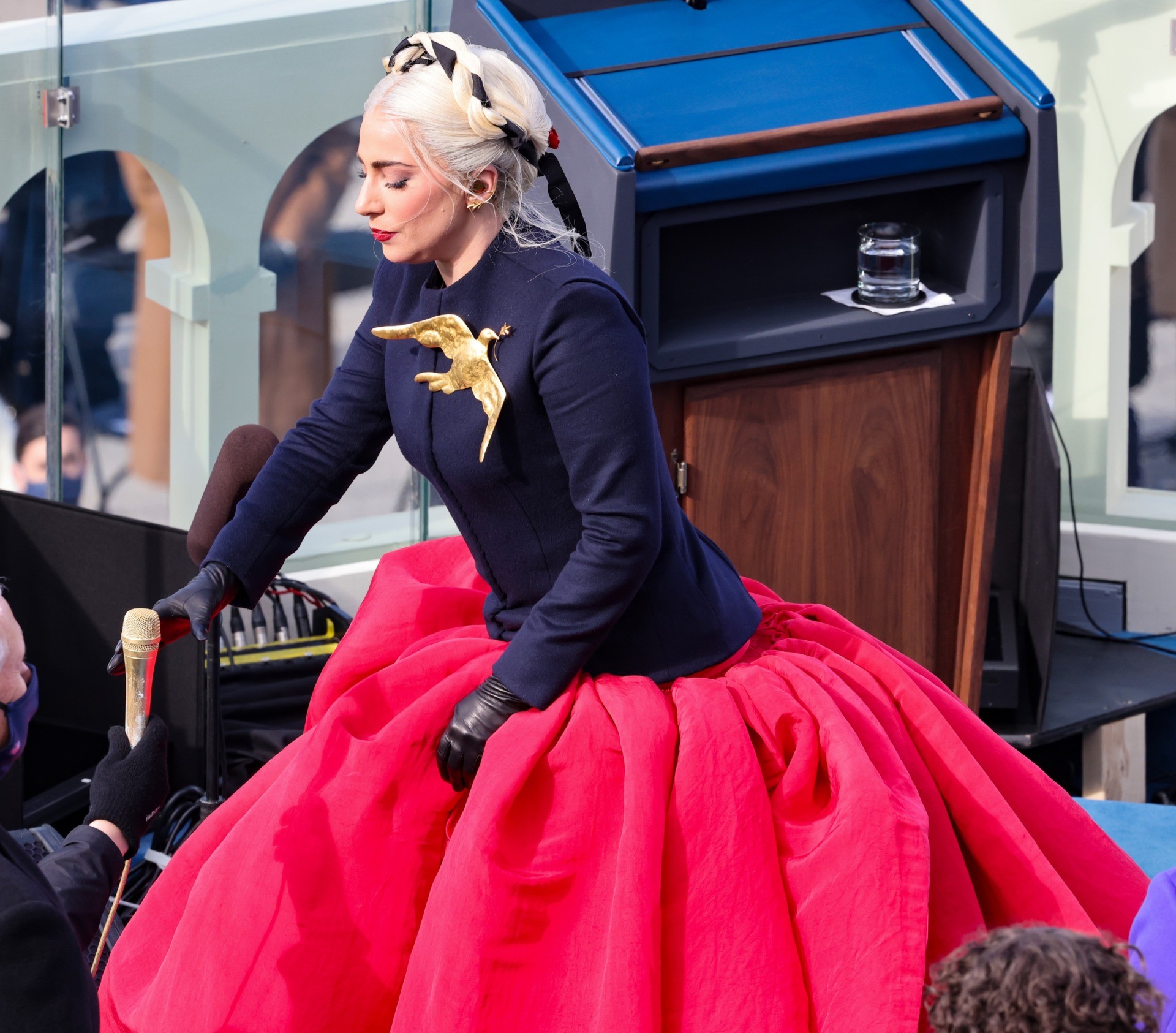 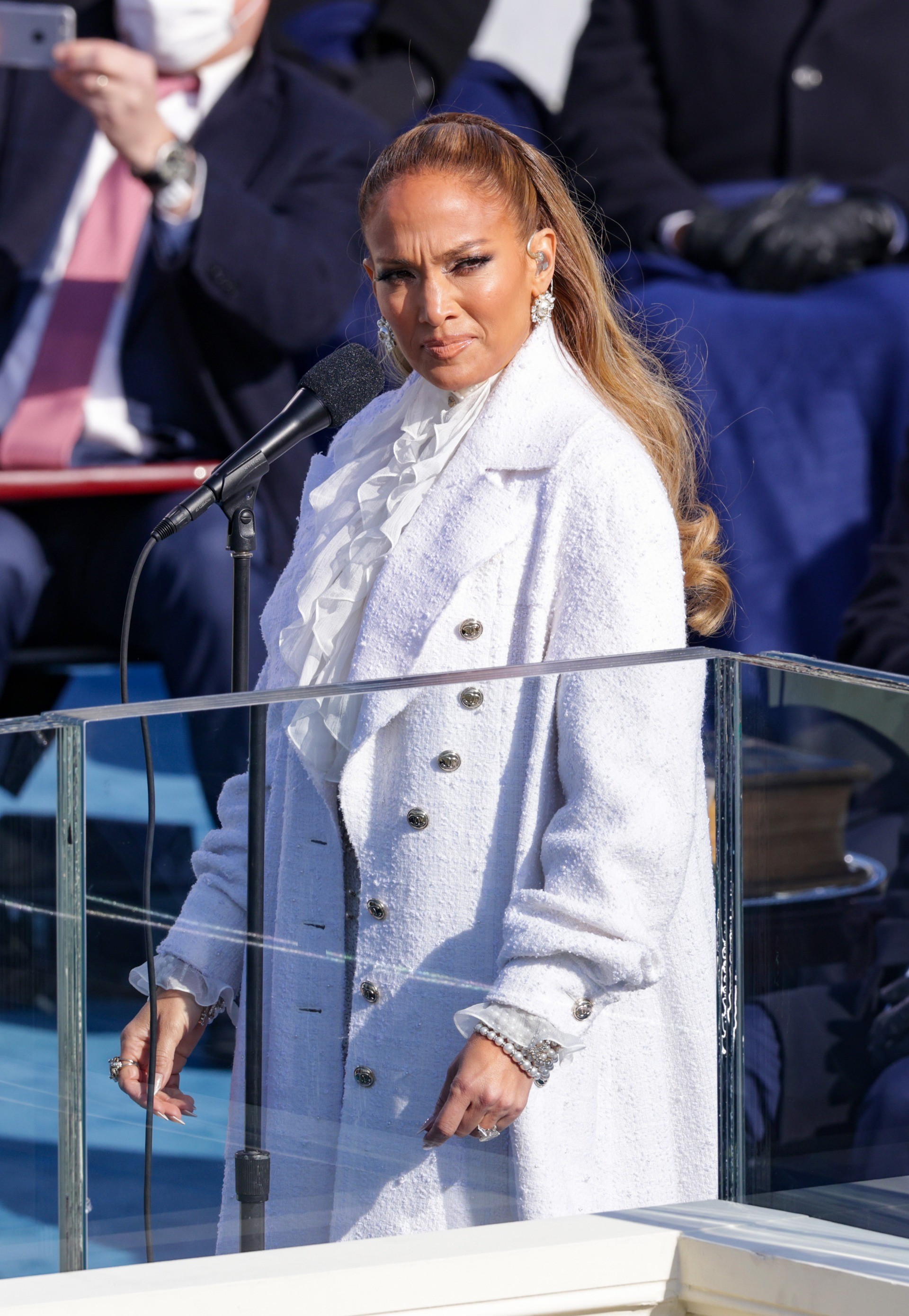