Rapper Lil Baby turned the Grammys stage on Sunday night into a riot scene that mirrored the deadly and violent protests that gripped the nation in response to the death of George Floyd. Lil Baby’s performance of his song “The Bigger Picture” included a speech from Black Lives Matter activist Tamika D. Mallory, who looked into the camera and demanded President Joe Biden bring “justice, equity, policy, and everything else that freedom encompasses.”

Lil Baby’s set featured actor and Black Lives Matter protester Kendrick Sampson, who can be seen being shot as he runs away from actors posing as police officers. Rioters arrive to the scene to throw Molotov cocktails at a building which sets it ablaze. Rioters face off with riot police before fireworks go off with Lil Baby standing on top of a police car.

It’s a state of emergency. It’s been a hell of a year. Hell for over 400 years. My people, it’s time we stand. It’s time we demand the freedom that this land promises. President Biden, we demand justice, equity, policy and everything else that freedom encompasses, and to accomplish this, we don’t need allies. We need accomplices. It’s bigger than black and white. This is not a trend, this is our plight. Until freedom.

The performance mimics last summer’s Black Lives Matter riots in response to the police shooting of Rayshard Brooks in Lil Baby’s hometown of Atlanta, Ga. last summer. Rayshard Brooks was killed in June by fired Atlanta Police Officer Garrett Rolfe. Before his death, Brooks resisted arrest, snatched an officer’s taser, ran away, and fired the taser at a second arresting officer, Devin Brosnan. Rolfe has been charged with felony murder. Police responded to calls that Brooks was sleeping in his car outside of a Wendys drive-thru. Rioters burned that Wendy’s to the ground. A similar scene played out during Lil Baby’s performance on Sunday night. 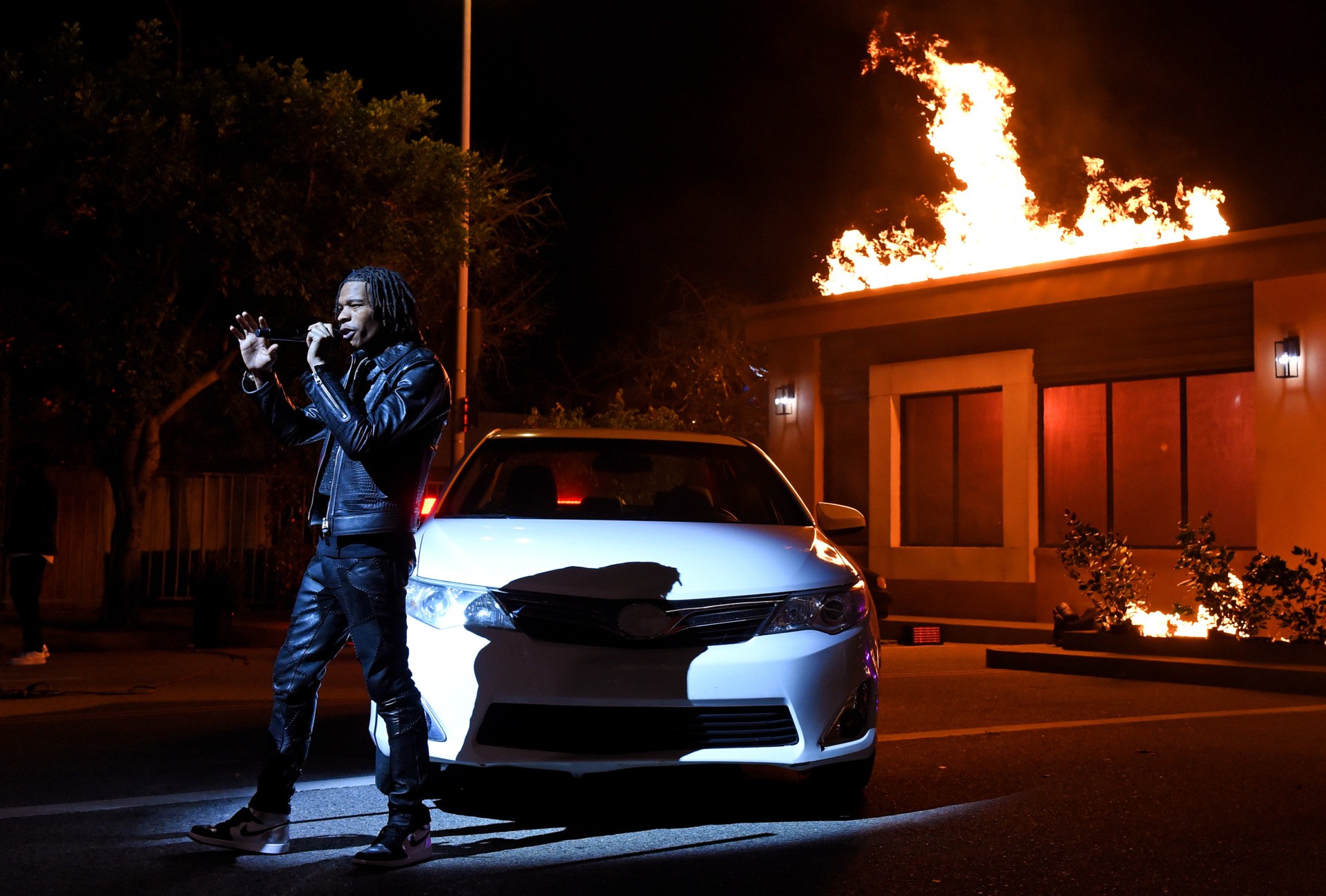 In this image released on March 14th, Lil Baby performs at the 63rd Annual GRAMMY Awards broadcast on March 14th, 2021. (Photo by Kevin Winter/Getty Images for The Recording Academy)

Earlier in the night, “I Can’t Breathe,” inspired by the death of 46-year-old George Floyd, whose death sparked riots across the United States last year, won “Song of the Year” at the 63rd Grammy Awards.