Earlier this week, rapper Cardi B and the Daily Wire’s Owens got into a Twitter spat that caught the attention of enough people to trend on the far-left social media site.

As the feud grew hotter, Cardi B, whose real name is Belcalis Marlenis Almánzar, lashed out by tweeting screenshots of a tweet attributed to Owens, a tweet that is clearly a fake and meant to humiliate the conservative leader.

The false tweet reads, “Yes, my husband did cheat on me with my brother. Yes, he said no when I asked to join them.”

After Owens informed Cardi B the tweet was fake, the disgusting rapper went to town posting it a few more times, along with screencaps of the headlines at sites that had fallen for the fake tweet and written about it.

In other words, Cardi B’s rationale for spreading this obvious lie appeared to be something along the lines of: It must be true, I saw it on the Internet.

At first, Owens took it in stride, tweeting, “Cardi. My dear. That is clearly a photoshopped tweet.” Then, referring to Cardi B’s notoriously unfaithful husband, Owens added, “Only one of us has a husband that sleeps around.”

Being reminded that she is unable to hold onto a man — no matter how much she debases herself — seemed to infuriate the rapper, who then doubled and tripled down with her now-deleted tweets, some of which were screen-capped by the Daily Wire: 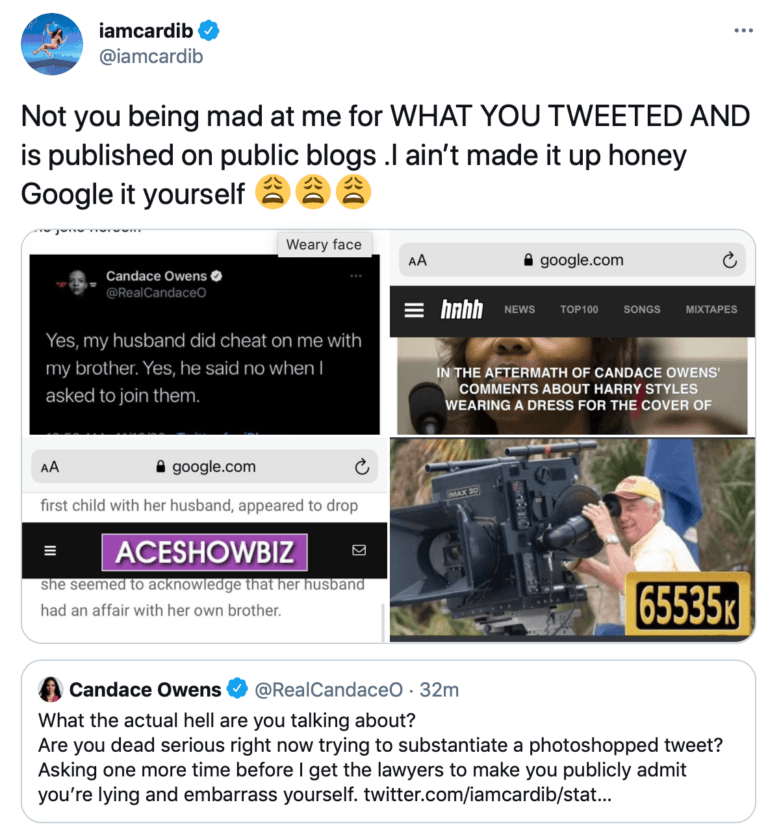 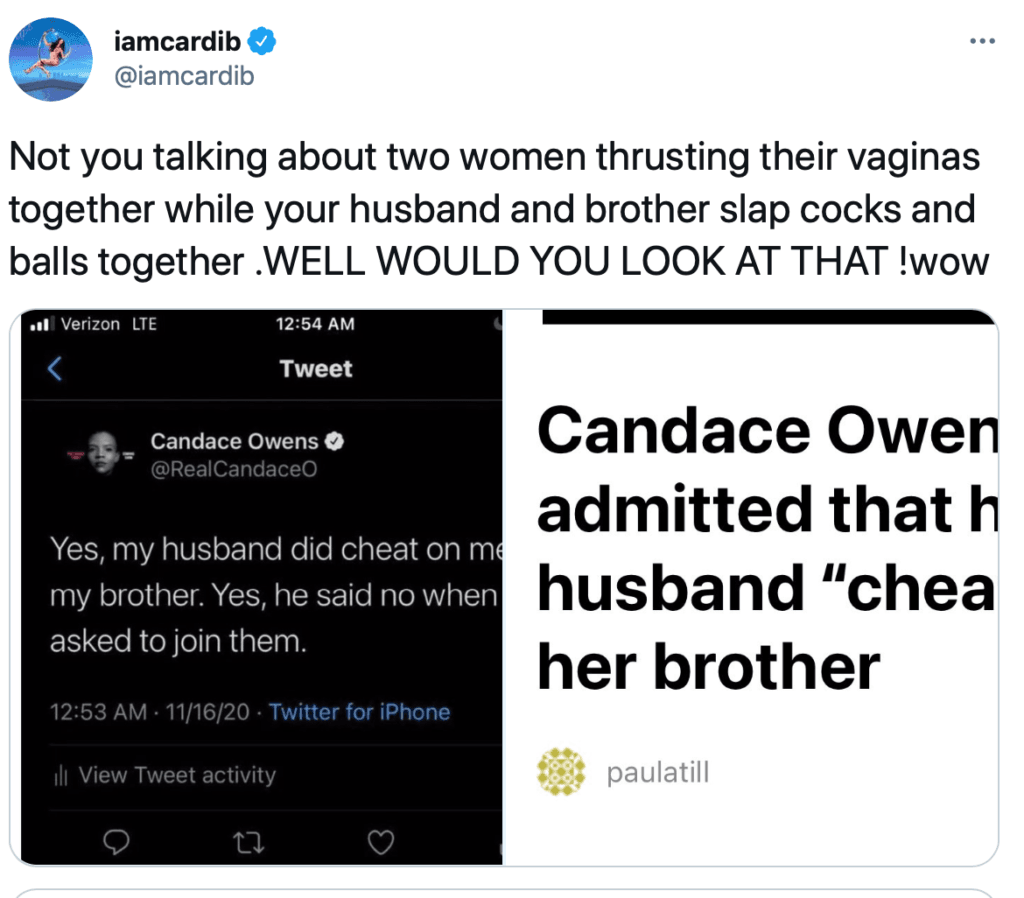 “What the actual hell are you talking about?” Owens wrote in another tweet. “Are you dead serious right now trying to substantiate a photoshopped tweet? Asking one more time before I get the lawyers to make you publicly admit you’re lying[.]”

Owens warned the rapper, “FYI I DO have a brother, a private citizen, who you are slandering right now with this photoshopped image that you are now publicly claiming you saw tweeted in real life. You want to admit you lied now, or get sued so I can expose you as a liar?”

When Cardi B still refused to remove the defamatory tweets, Owens tweeted, “Just spoke with my family. I am 100% suing Cardi for that nonsense. You can’t just start throwing out wild lies against private members of my family …  I‘ll keep you all posted.”

On Thursday the rapper appeared to have backed down and deleted the tweets. Her only reference to the deletion appears to be a tweet that says, “Say less.”

Good grief, Cardi B is a pig.