Disney+ will host a LGBTQ Pride concert aimed at kids and starring drag queen Nina West, with performances of popular Disney songs that will reportedly be re-imagined with LGBTQ themes.

Disney+’s This Is Me: Pride Celebration Spectacular, which is set to stream on YouTube and Facebook on June 27, will feature appearances by Kermit the Frog as well as pop stars Hayley Kiyoko and Todrick Hall. Other performances will include gender-fluid singer Alex Newell and gender non-binary performer Jesse James Keitel.

Drag queen Jackie Cox is also set to appear during the concert. (Both West and Cox are alumni of RuPaul’s Drag Race.)

We’re throwing a #DisneyPlusPride party! Join us Sunday, June 27 for the first ever #DisneyPlus ‘This Is Me’ #Pride Celebration Spectacular, hosted by @NinaWest with musical performances by @TheAlexNewell, @MrFrankieAR and @Joe_Serafini_, @HayleyKiyoko, @Todrick, & more. (1/2) pic.twitter.com/C2I08cpbKY

The virtual concert will feature performances of notable Disney tunes reinterpreted through a LGBTQ+ lens, according to a report from Deadline. It remains unclear which songs will be featured in the concert. 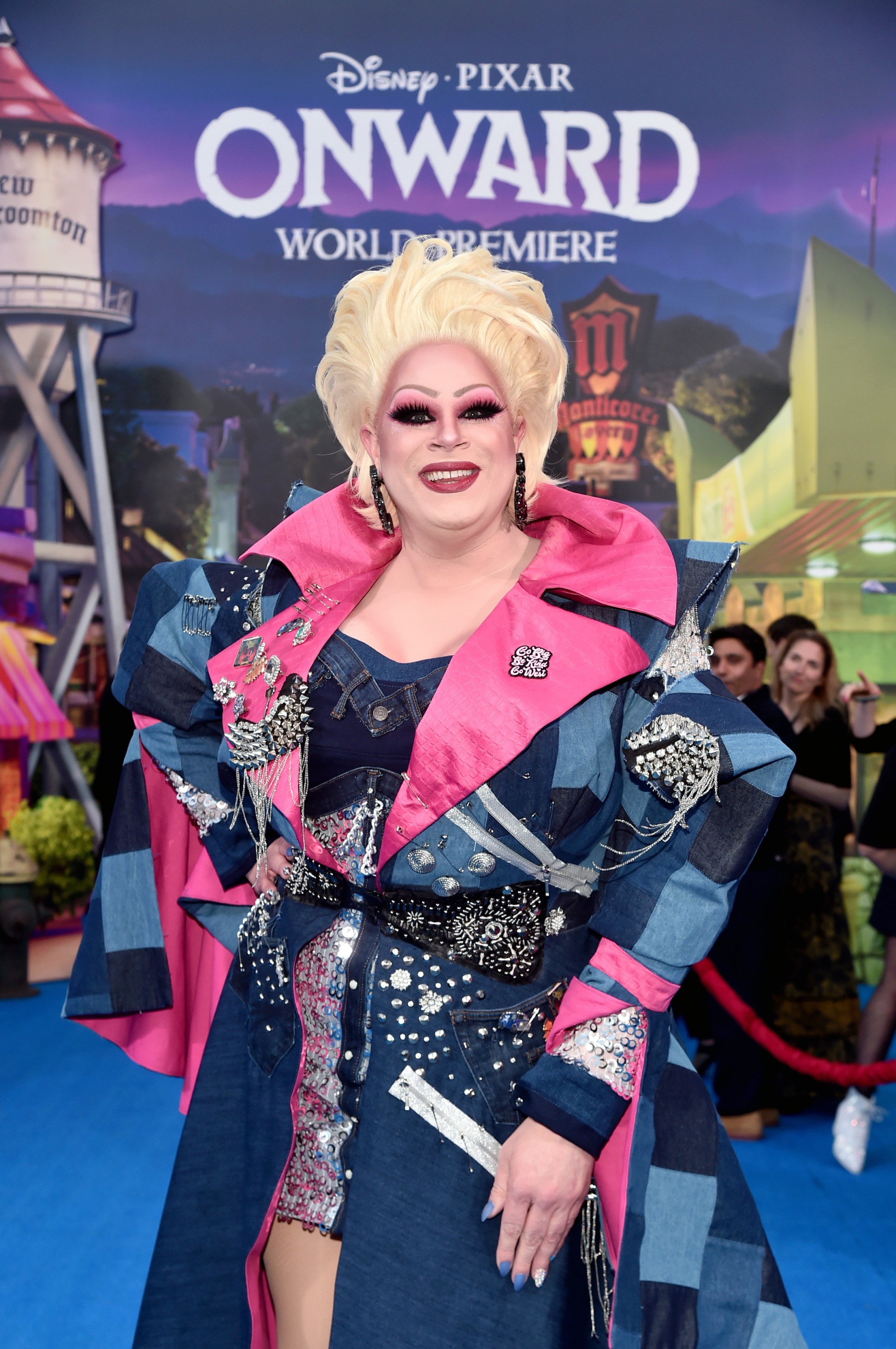 Nina West attends the world premiere of Disney and Pixar’s ONWARD at the El Capitan Theatre on February 18, 2020 in Hollywood, California. (Photo by Alberto E. Rodriguez/Getty Images for Disney)

The event is intended to raise awareness of GLSEN, a LGBTQ youth advocacy group founded by Kevin Jennings, who is a former Obama administration official.