Marvel Studios’ Eternals star Angelina Jolie made a fly in-fly out visit to a remote camp in Burkina Faso on Sunday to address refugees who have fled Islamic jihadist violence in the region, warning them the threat of climate change is real and could lead millions to a fate like theirs.

The United Nations High Commissioner for Refugees (UNHCR) Special Envoy, 46, donned a headscarf as she delivered a speech to the troubled West African nation to mark World Refugee Day, confiding she would “bow my head in respect for your courage and strength.”

“There is nowhere I would rather be today than here, with refugees, the people I admire most in the world,” she told the thousands of desperate men, women, and children seeking shelter in the crowded camp. 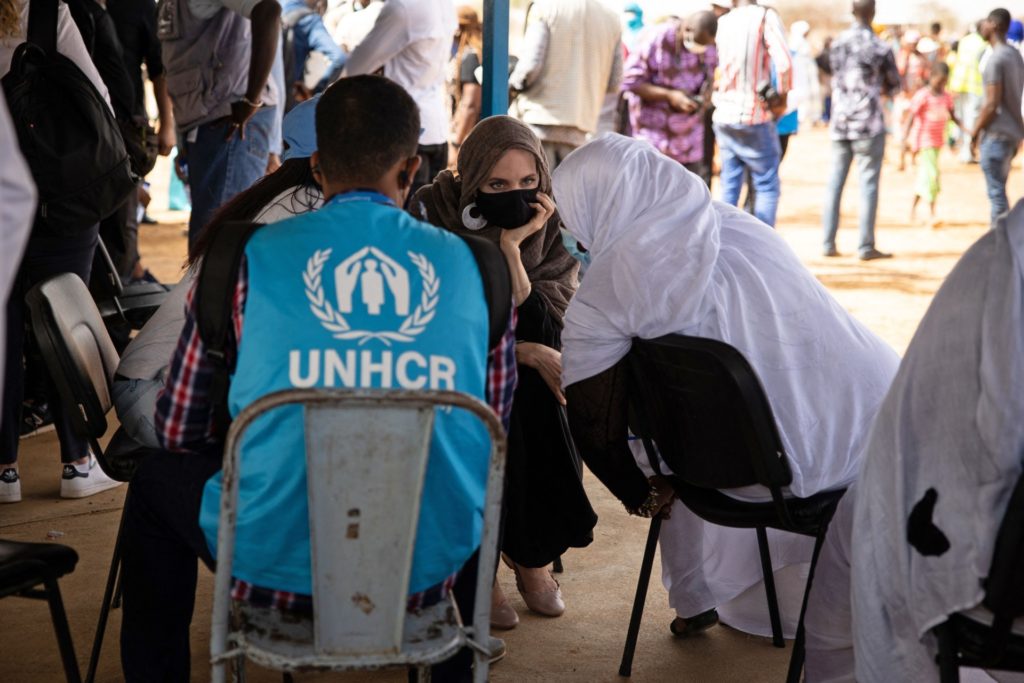 More than 1.2million people in the Sahel region of West and Central Africa have been forced to flee their homes since 2019, according to the United Nations.

Speaking in Burkina Faso’s Goudoubo refugee camp, in the central city of Kaya, Jolie added she had “never been as worried” about displaced people as she is now, as the world’s media gathered to record her appearance in words and pictures.

“We have to wake up to the track we are on globally, with so many conflicts raging and the very real possibility that climate change will force tens if not hundreds of millions of people to have to leave their homes in the future, with no possibility of return,” the Those Who Wish Me Dead star warned.

Jolie is a strong supporter of the United Nations in general and internationalism in particular, having made many visits to refugee camps in the past to support the causes.

As Breitbart News reported, in 2017 she defended both in a lengthy speech at U.N. offices in Geneva, where the actress and humanitarian warned of a “rising tide of nationalism” in the West “masquerading as patriotism.”

Jolie is also a dedicated campaigner warning the world of the dangers of “climate change” and exhorting nations to change their ways to avert global disaster as she flies around the wrold.

In a nearly 20 minute-long address, Jolie said as an American citizen, she sees a global environment “more troubling and uncertain” than at any time in her lifetime. 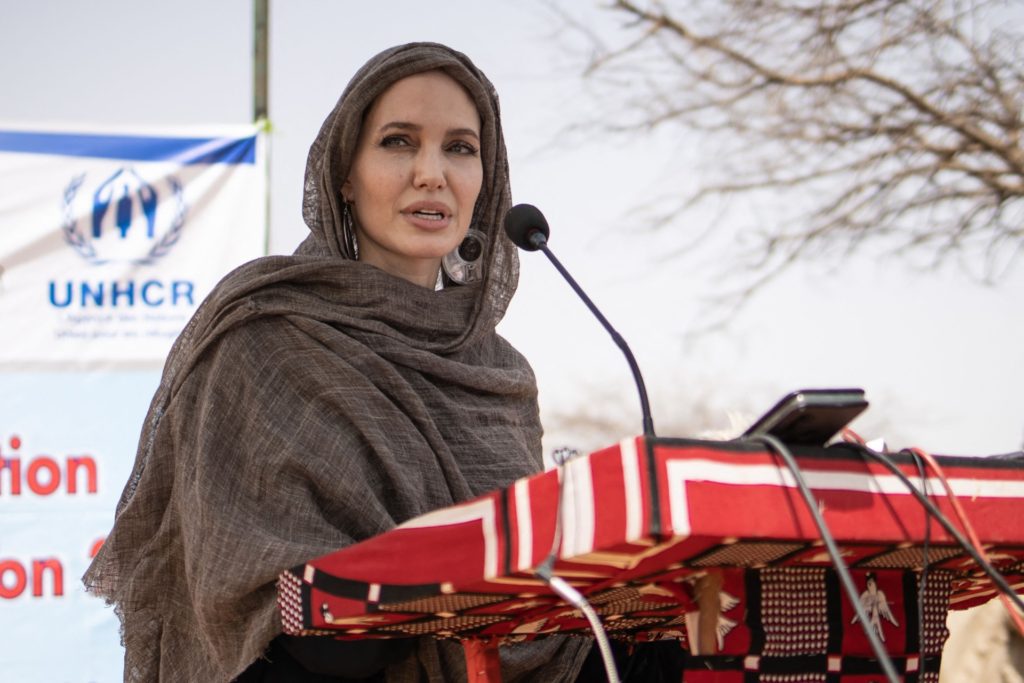 “We are grappling with a level of conflict and insecurity that seems to exceed our will and capabilities,” Jolie said, “with more refugees than ever before, and new wars erupting on top of existing conflicts, some already lasting decades.”

“We see a rising tide of nationalism, masquerading as patriotism, and the re-emergence of policies encouraging fear and hatred of others,” she added.

The Tomb Raider star said she is keen to help “empower” those who are trying to make a change, while standing with the poor and leading them on to a new life of peace, love and bountiful prosperity in a new world of caring and sharing.