Billie Eilish said she is “appalled and embarrassed” after a video of the Grammy-winning pop star and Democrat party activist resurfaced last week, showing the teen star mouthing racist slurs.

The Black Lives Matter-marching pop sensation landed in the midst of a race scandal after a TikTok video went viral online appearing to show Eilish mocking Asian accents, including using a racial slur against people of Chinese descent.

In the undated and edited clip, Eilish appears to speak gibberish in a mock Asian accent and to use the word “chink.” At another point in the video, her brother Finneas appears to call her out for speaking with a “blaccent,” or black accent.

Democrat Party and BLM activist Billie Eilish finds herself in the midst of a race scandal after video emerged on social media appearing to show the star mocking Asians. https://t.co/jrnasvBxVF

Now the singer, 19, is apologizing, saying she was being “labeled some thing that [she’s] not” in connection with the clips. She said the furore is a confection based on a youthful misunderstanding: 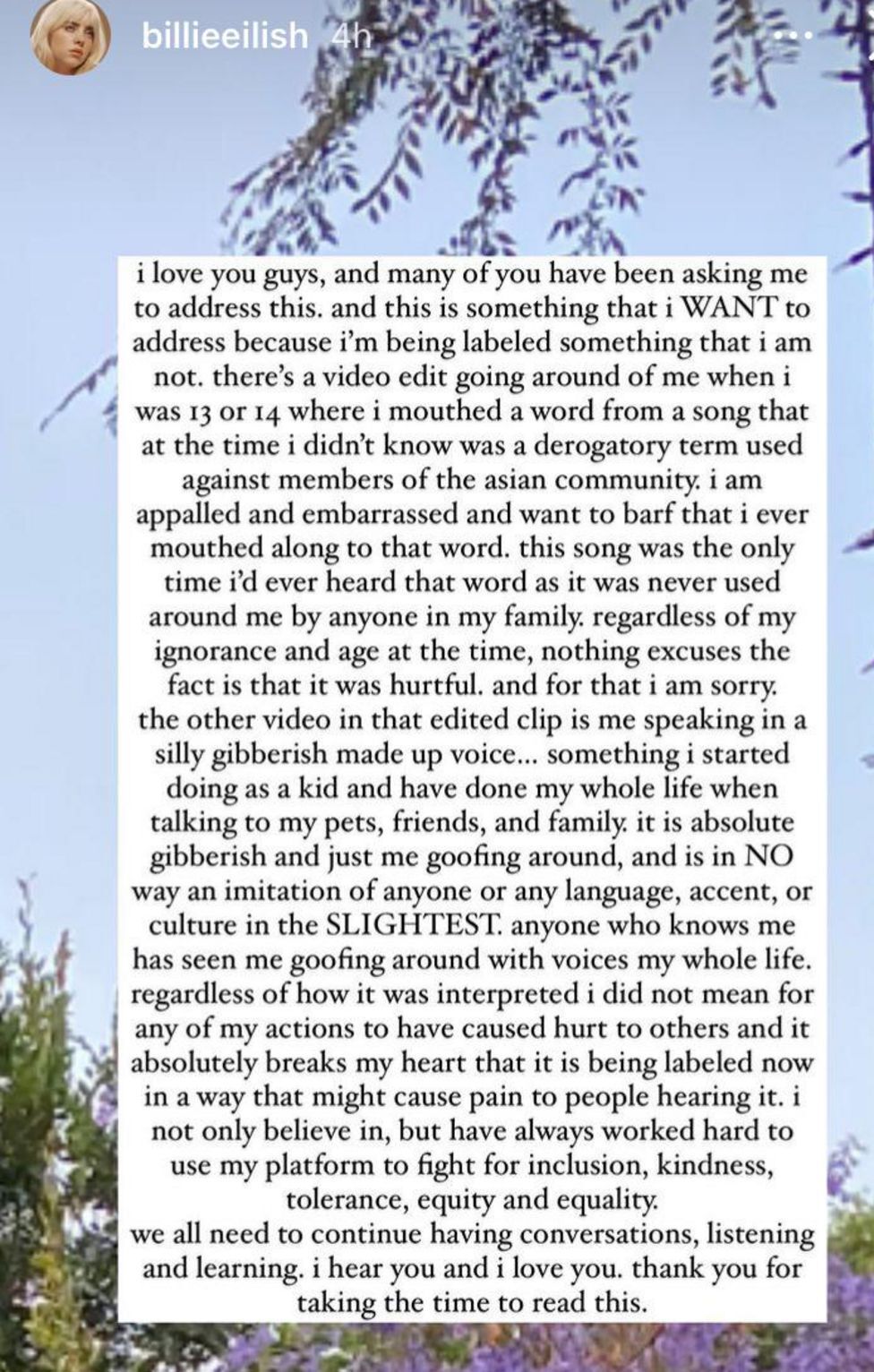 The original video showing Eilish has been viewed over 180,000 times and calls for Eilish to be “cancelled” in one of the hashtags.

Billie Eilish has become a darling of Democrats thanks to her left-wing views.

She joined Black Lives Matter protesters in Los Angeles last year, taking a knee in support of social justice in the wake of the death of George Floyd and using every platform available to attack then-President Donald Trump and his policies.

She spoke during last year’s Democratic National Convention where she attacked Trump, saying he was “destroying our country and everything we care about.”

Eilish, who sings the theme song of Daniel Craig’s latest Bond film No Time To Die, also said the country needed a leader who would “fight against systemic racism and inequality,” before endorsing Joe Biden.