UPDATE: Far-left TheWrap reports that the final number is 7.4 million, which is an improvement but still stinks.

We don’t yet know the final numbers for the White Supremacist Emmys — you know, the award show where a bunch of rich, white racist assholes ran around without masks while the servants were forced in masks — but according to the preliminary numbers, the Emmy Awards is looking at another humiliating record low.

In 2019, Hollywood gasped when the Emmys collapsed to a record low of just 6.9 million viewers.

In 2020, Hollywood cried out in unison It can’t be true! when the Emmys collapsed to another record low of just 6.4 million viewers.

Well, here we are in 2021, and it appears as though it happened again. Yep, another record low. The final number could be lower still. The number could also be higher. Either way, the fact that America hates Hollywood is becoming more apparent by the day. 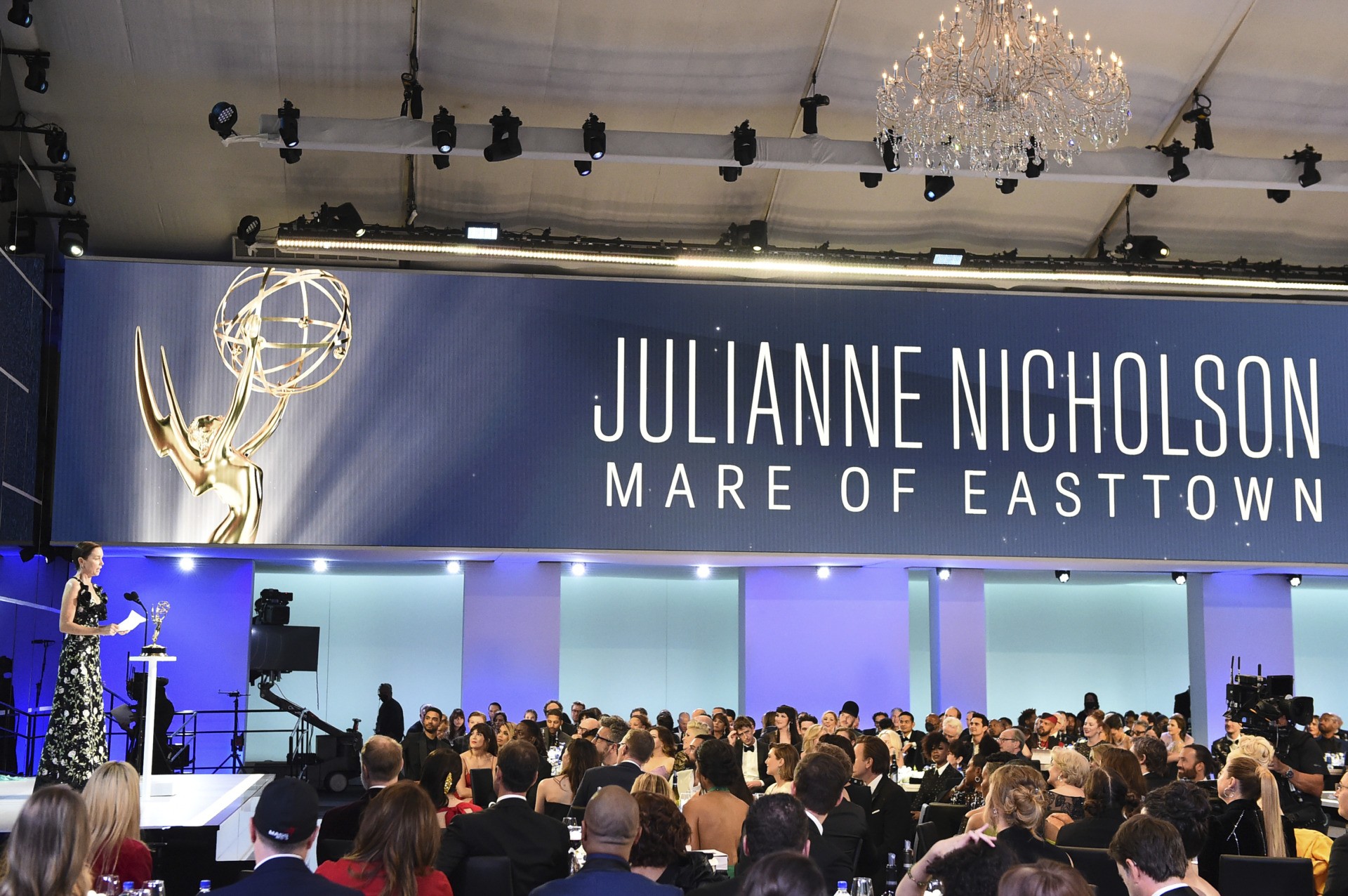 Julianne Nicholson accepts the award for outstanding supporting actress in a limited or anthology series or movie for “Mare of Easttown” at the 73rd Emmy Awards on Sunday, Sept. 19, 2021 at the Microsoft Theater in Los Angeles. (Jordan Strauss/Invision for the Television Academy/AP Images)

Speaking of the Primetime Emmys, last year the virtual telecast plummeted to a record low 6.1 million viewers (based on the final nationals). Last night, the fast affiliate tally for this 73rd telecast was 6.28 million viewers (and a 1.5/ 9 in the demo). But that does not include the final 15 minutes from 11-15 p.m. (which will probably fall just below 5-million viewers). And because these initial results are time period based, the primetime football overrun is factored into the 8 p.m. ET outside of the Eastern time zone. That said, last night could very well be another record low performance for the Primetime Emmys. 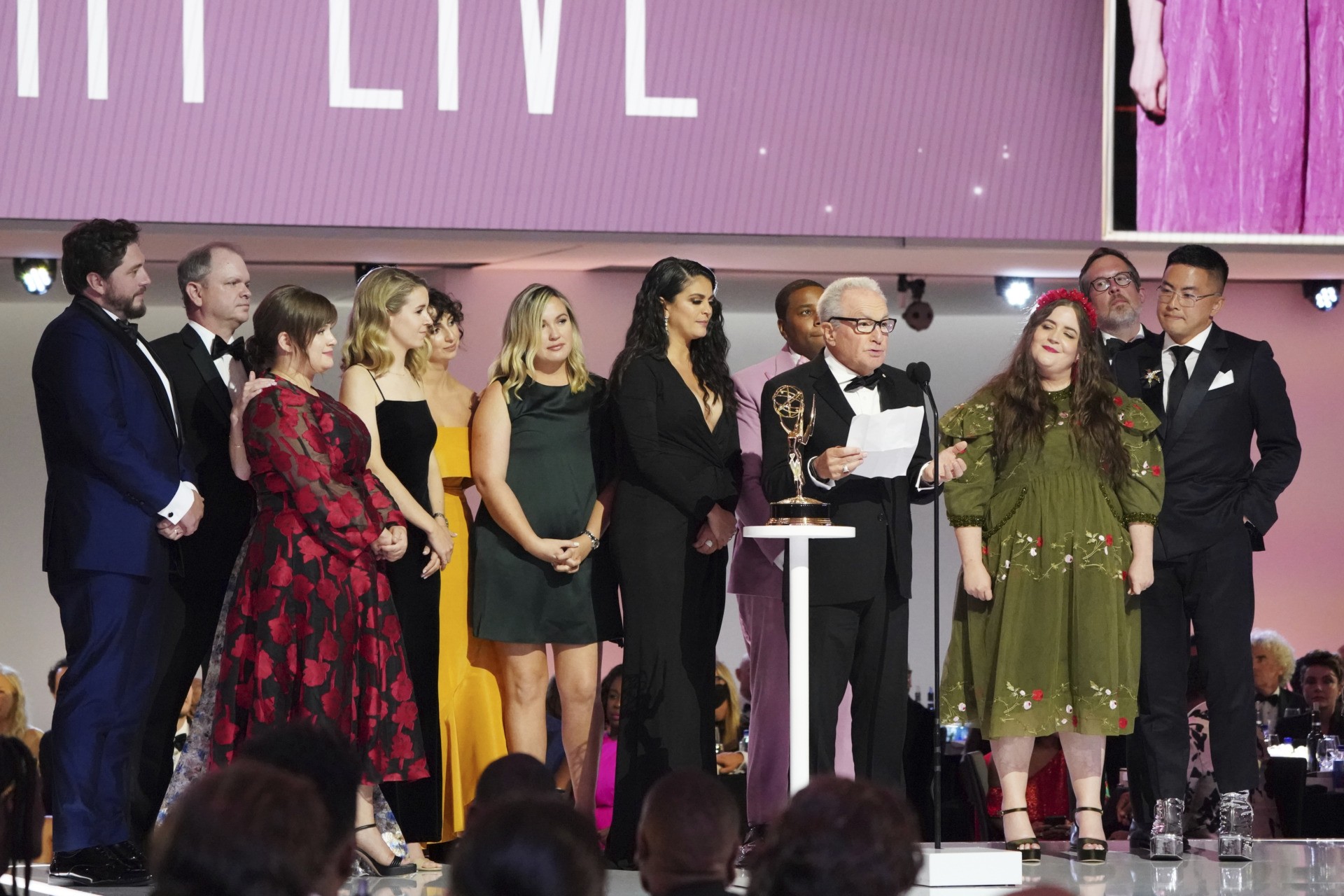 How awful is that?

Well, a mere ten years ago 13.5 million Emmy viewers was considered a disappointment.

Hollywood is so ugly, so unappealing, so divisive, so untalented, so self-absorbed, so lacking in fun, so bereft of charisma and star power, these award shows, that were once sure-fire ratings winners, have turned into expensive, brand-damaging humiliations.