George Lazenby, who took on the role of James Bond for one film after Sean Connery quit, agrees with current Bond star Daniel Craig who said that James Bond shouldn’t be played by a woman.

Lazenby starred as the man with a license to kill in 1969’s On Her Majesty’s Secret Service after Connery vacated the role and before Roger Moore’s run in the 1970s and 80s. According to TMZ, Lazenby says Daniel Craig is likely right that Bond will stay a male character. Though he added that the role could be up for grabs eventually.

TMZ claimed Lazenby assumed that Craig was simply backing up the position of the Bond franchise’s boss, Barbara Broccoli, who has been saying for years that Bond can be any race but must remain a male character.

Craig echoed that sentiment in a recent interview with the Radio Times. When he was asked if the next Bond should be a woman, Craig said, “The answer to that is very simple. There should simply be better parts for women and actors of color. Why should a woman play James Bond when there should be a part just as good as James Bond, for a woman?”

As far as Lazenby is concerned, a woman could easily play a role just like that of James Bond and he pointed to Diana Rigg, the one-time TV Avengers star, and his co-star in his own Bond film, as an example of a woman who easily played the part of a though, capable, superspy. 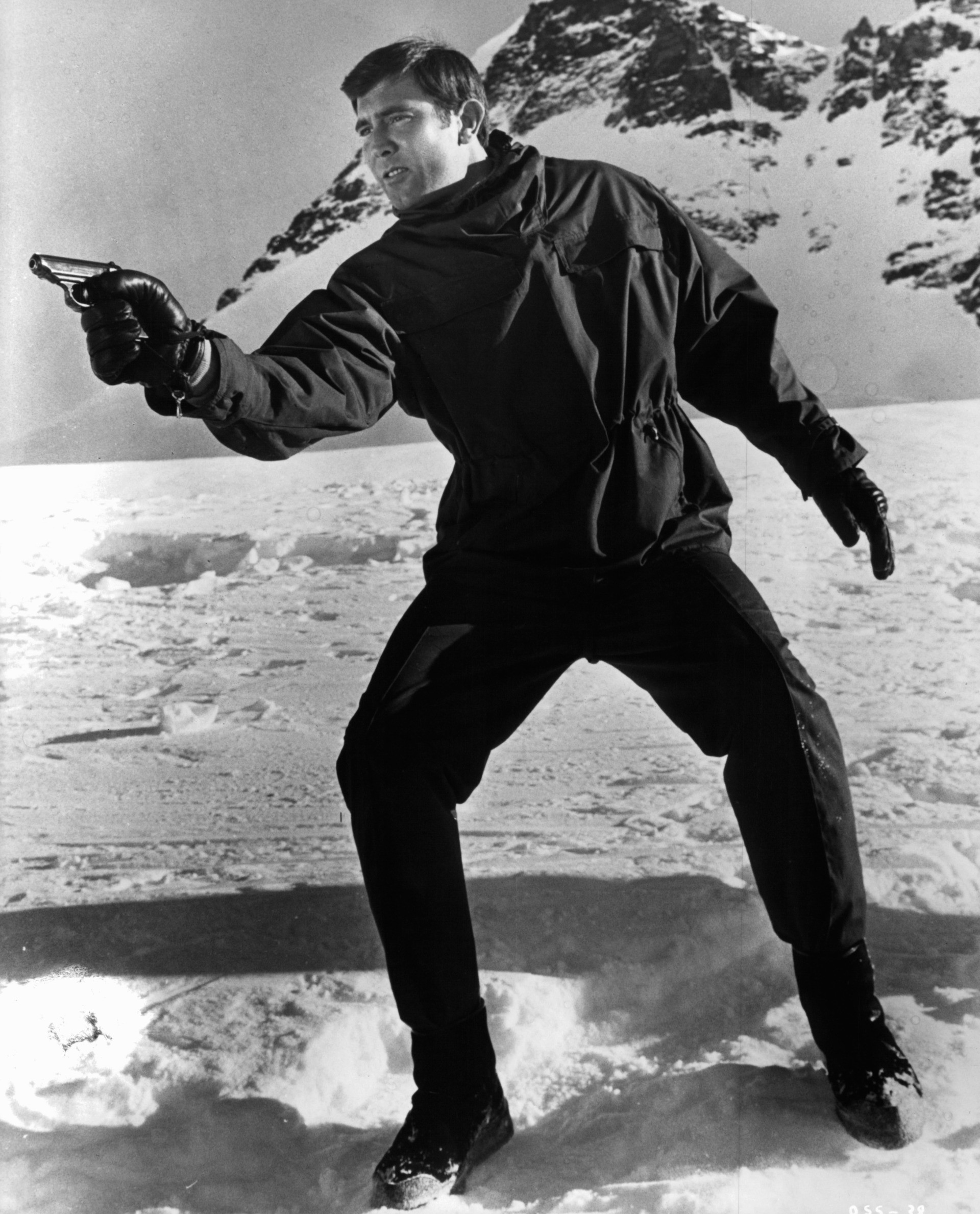 George Lazenby takes aim at his pursuers in a scene from the film ‘On Her Majesty’s Secret Service’, 1969. (United Artist/Getty Images)

Rigg, Lazenby told TMZ is “everything a top spy could be — sexy, tough, sassy and able to look after herself. So, there’s no reason why you can’t have a special agent like that.”

Lazenby did get a chance to play James Bod a second time, more or less. He had a cameo in the 1983 TV film, Return of the Man From UNCLE, where he played an Astin Martin-driving, white tux-wearing spy named “J.B.”