Actress and left-wing activist Alyssa Milano has declared that this is “the most dangerous time to be a woman in America,” citing the recent passage of the new Texas law that bans abortion after a fetal heartbeat has been detected.

In a speech given Thursday at the Variety Power of Women event in Beverly Hills, Milano sounded off on the law to an audience of Hollywood industry types.

“This is the most dangerous time to be a woman in America in my life,” the Charmed star said, according to multiple reports.

“Texas enacted laws that are worse than we could ever have imagined. Other states are following suit,” she added. “The Supreme Court seems content to let it all happen. And both parties in the Senate are failing us on this issue.”

Milano, who donned a Handmaid’s Tale costume in 2018 to protest U.S. Supreme Court nominee Judge Brett Kavanaugh, introduced Paxton Smith, the Texas high school valedictorian who delivered a pro-abortion speech at her graduation this year, according to a report from the AP.

“There is no more time to wait and see what happens next because the very thing we are afraid of is happening right now,” Smith reportedly said. “Every citizen of Texas who has the reproductive capability of carrying out a pregnancy has had a fundamental freedom stripped away from them, the fundamental human right to decide what we do with our lives.” 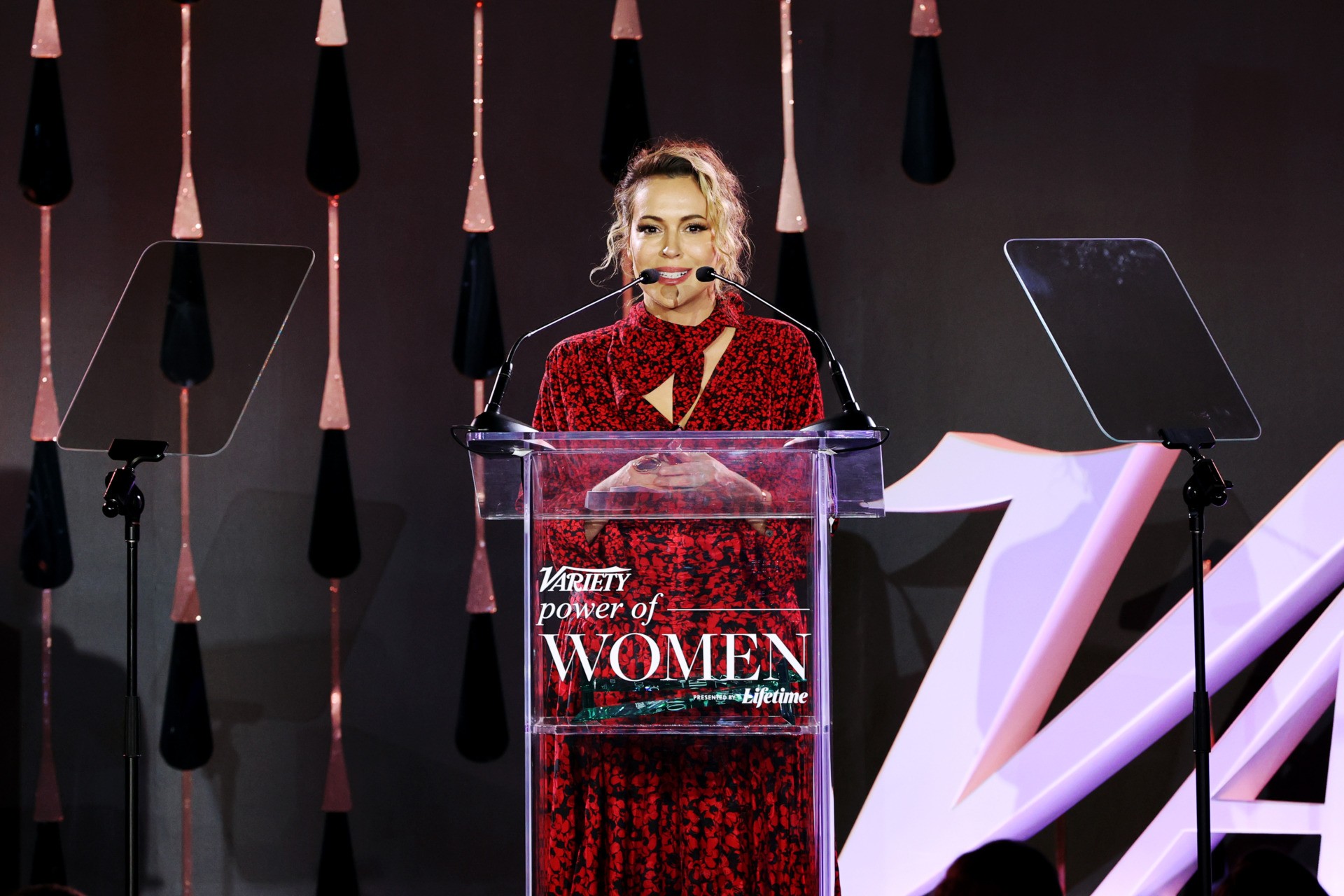 As Breitbart News reported,  Texas became the first state in the nation to enact a “heartbeat” abortion law, which bans abortions once a fetal heartbeat is detected. The legislation was signed into law in September.

Since then, numerous Hollywood celebrities have spoken out to condemn the law, even though the vast majority of them don’t live in Texas.

Stars including Michael Moore, Amy Schumer,  Julia Louis-Dreyfus, Dave Bautista, and Amy Brenneman have hit out against Texas GOP lawmakers,  dubbing them the “Texas Taliban” and accusing them of enacting “sharia” law.