Far-left actress Jennifer Aniston took a swipe at the Texas Heartbeat Law in a story to her 38 million Instagram followers this week, repeating a phrase used by her Friends character Rachel, “No uterus, no opinion.”

Aniston also shared an image of a woman holding a sign reading, “Texas won’t make a 12 year old wear a mask to school but they will force her to have a baby.” She added the caption, “Keep fighting.” 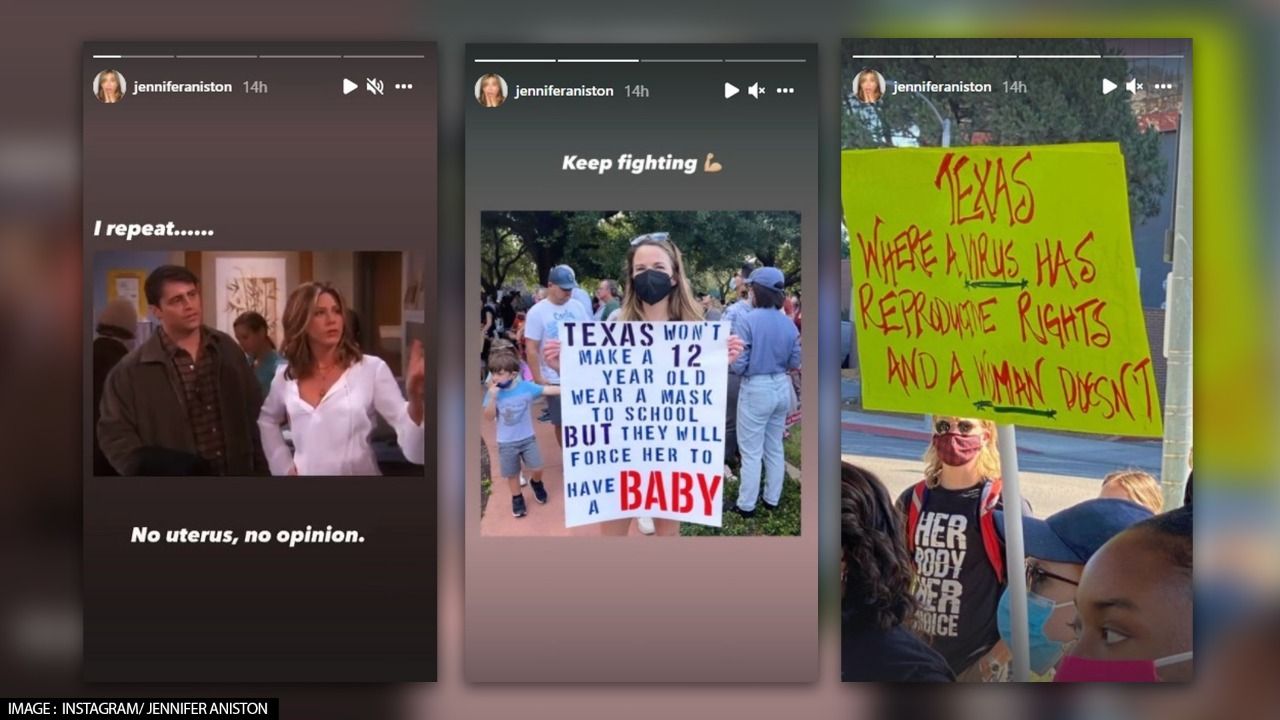 Then, in another post, she shared an image of an activist sign reading, “Texas: Where a virus has reproductive rights and a woman doesn’t.”

The Apple TV Morning Show star’s posts coincide with the Women’s March which took place over the weekend, occurring across the country and in D.C., where groups marched and called for “abortion justice.”

“When the Supreme Court rejected an emergency request to block Texas’s abortion ban, they effectively took the next step towards overturning Roe v. Wade,” the Women’s March website stated.

Join over 105,000 people nationwide at a #RallyForAbortionJustice and send a clear message that we won't tolerate attacks on abortion access.

Leftist celebrities Amy Schumer and a pregnant Jennifer Lawrence were among those who protested for the murder of unborn children during a pro-abortion rally in New York City over the weekend.

Weeks ago, Texas became the first state in the nation to ban abortion once a fetal heartbeat is detected, triggering an outcry from left-wing activists.