Arnold Schwarzenegger hit out Friday at leaders who highlight the financial and societal burdens of combating climate change as “stupid or liars.”

The former governor of California told the BBC cutting carbon emissions will benefit global economies despite the initial on-costs and new, prohibitive regulations on gas and oil use.

The Terminator actor was speaking as he prepared to visit next week’s COP26 climate conference in Glasgow, Scotland, alongside another 35,000 other visitors expected to fly in for the U.N.-sponsored talking shop.

He said reducing meat intake was just one step that does not have to mean sacrificing something – instead cutting his own has led him to be healthier – before taking aim at international trade and its contribution to global pollution.

“They are liars, they are stupid. Or they don’t know how to do it, because we figured how to do it and it’s all about having the balls to do it,” he argued in challenging politicians who haven’t followed the same California model.

The former champion bodybuilder told the BBC he has reduced his meat intake by around three-quarters in the last few years in an effort to be kinder to the planet, but argues he is “gaining” as a result.

“Since eating more vegetables and plant-based foods my heart doctor said my arteries have stopped narrowing,” he said. “So how have I given up something? I gained my health, it gave me an extra two years.”

He expressed particular alarm about the air pollution and greenhouse gases coming from global shipping, and suggested the most important thing we can do as individuals to cut carbon is to shop local. 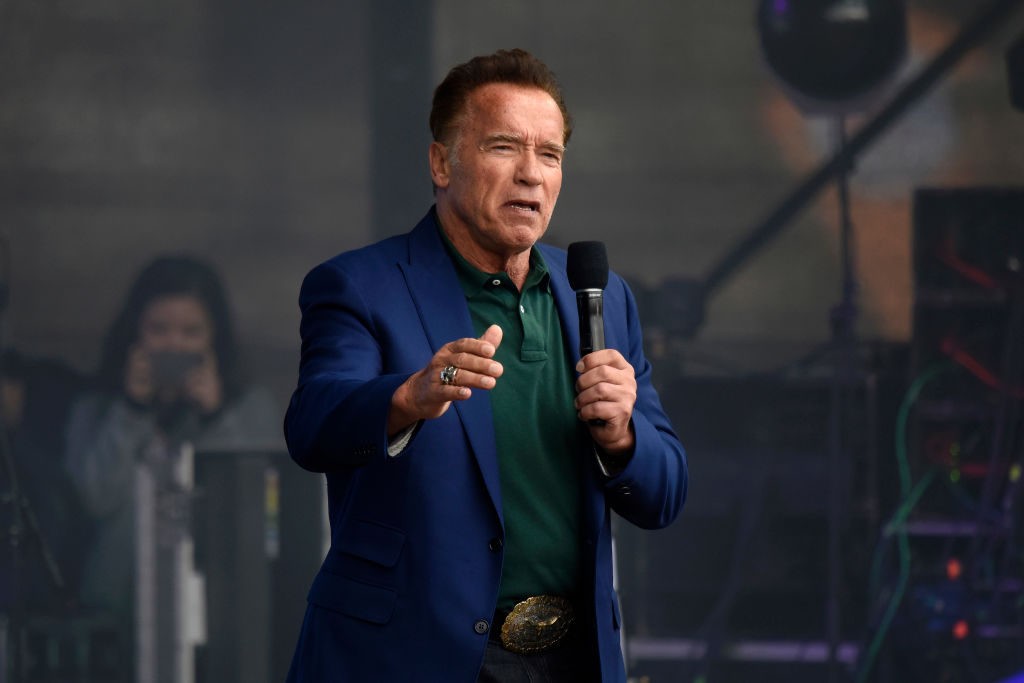 Arnold Schwarzenegger, founder of the R20, speaks at the Climate Kirtag portion of the R20 Austrian World Summit on May 28, 2019 in Vienna, Austria. The summit is a gathering of representatives from regions, states and cities from all over the world towards furthering policies towards carbon footprint reduction and increased sustainability. (Thomas Kronsteiner/Getty Images)

“Buy local products. Every time you buy something from overseas, that is evil for the environment – this is like the worst thing you can do.”

Schwarzenegger is no stranger to climate activism.

As Breitbart News reported, in 2017 he called for a “grassroots revolution” to continue the battle against global warming after then President Donald Trump announced the United States would withdraw from the Paris Climate Agreement.

The actor urged citizens and elected officials to “rise up” and save Planet Earth from Trump’s predations. 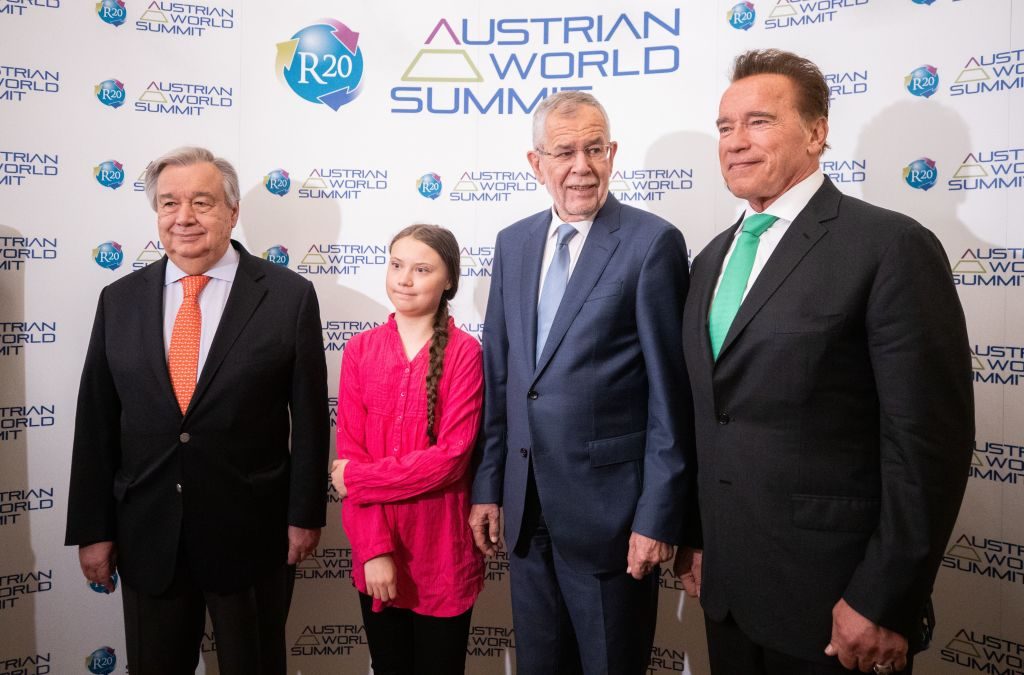 “Like all the great movements in human history, our clean future starts with a grassroots movement in our communities, our cities and our states. We can’t leave it to Washington to lead. We need to do it ourselves.”

“You see, the people will rise up,” he said, adding “local and state governments will rise up … and fill the void you are creating. We need to do it ourselves.”

In 2019 the actor gushed over climate activist Greta Thunberg, saying he was “starstruck” after meeting her in California.

He then revealed he was loaning his electric Hummer vehicle to the teen so she could travel to Canada for a protest without relying on fossil fuel-powered transportation.