The #MeToo organization Time’s Up is laying off staff and bringing its current operations to a halt in an effort to “reset” itself in the wake of embarrassing internal scandals, including top executive support of disgraced New York Gov. Andrew Cuomo (D).

Time’s Up announced Friday — International Men’s Day — that the organization “will be rebuilt from the ground up.” Current programmatic operations will end January 1, while laid-off staff will receive severance through March 1, the group said. Interim CEO Monifa Bandele is stepping down, leaving a small transition team and board to oversee the overhaul.

The group didn’t say how many of its staff will receive pink slips but Variety reported most of the 25-member staff will be gone by the end of the year.

The announcement represents a major admission of failure for Time’s Up, which was launched by a group of Hollywood celebrities in the wake of the Harvey Weinstein scandal as a way to address sexual misconduct in the workplace.

But the #MeToo organization quickly became mired in its own scandals, which included the revelation that it was protecting powerful Democrat politicians from accusations of sexual harassment and assault. The organization was closely aligned with the powerful Democrat PR firm SKDKnickerbocker, which is run by Anita Dunn.

Time’s Up has denied SKDK played a role in its decision to not help Tara Reade — the former Congressional aide who accused Joe Biden of sexual assault — even though SKDK vice chair Hilary Rosen co-founded the Time’s Up Legal Defense Fund.

During its founding year of 2018, the group raised an impressive $3,670,219, but spent $1,407,032 on salaries and just $312,001 on the Time’s Up Legal Defense Fund for victims of sexual harassment. In addition, the group reportedly spent tens of thousands of dollars on advertising, and $940,328 on “legal” costs, with the bulk of that figure going to Arnold & Porter Kaye Scholer, the multinational law firm.

The group took sides against Russell Simmons’ rape accusers by declining to support a documentary that would have explored the allegations against the music mogul. Oprah Winfrey was set to serve as executive producer of the documentary but withdrew her support after what one report stated was a possible whisper campaign against the movie. Simmons was a major fundraiser for the Obamas.
Nearly one-third of Time’s Up Healthcare resigned in protest after it was revealed that co-founder and board member Esther Choo didn’t report complaints of sexual harassment made by a co-worker at Oregon Health & Science University (OHSU).
Time’s Up got off on the wrong foot when its first president and CEO Lisa Borders resigned after just a few months on the job, following misconduct allegations against her son.

Former Time’s Up CEO Tina Tchen — an Obama White House official — resigned earlier this year following reports   that she had instructed the group not to issue a statement in support of Gov. Cuomo’s initial accuser.  Time’s Up board chairwoman Roberta Kaplan also stepped down after it was revealed she advised the Cuomo administration on how to fight a sexual harassment allegation. 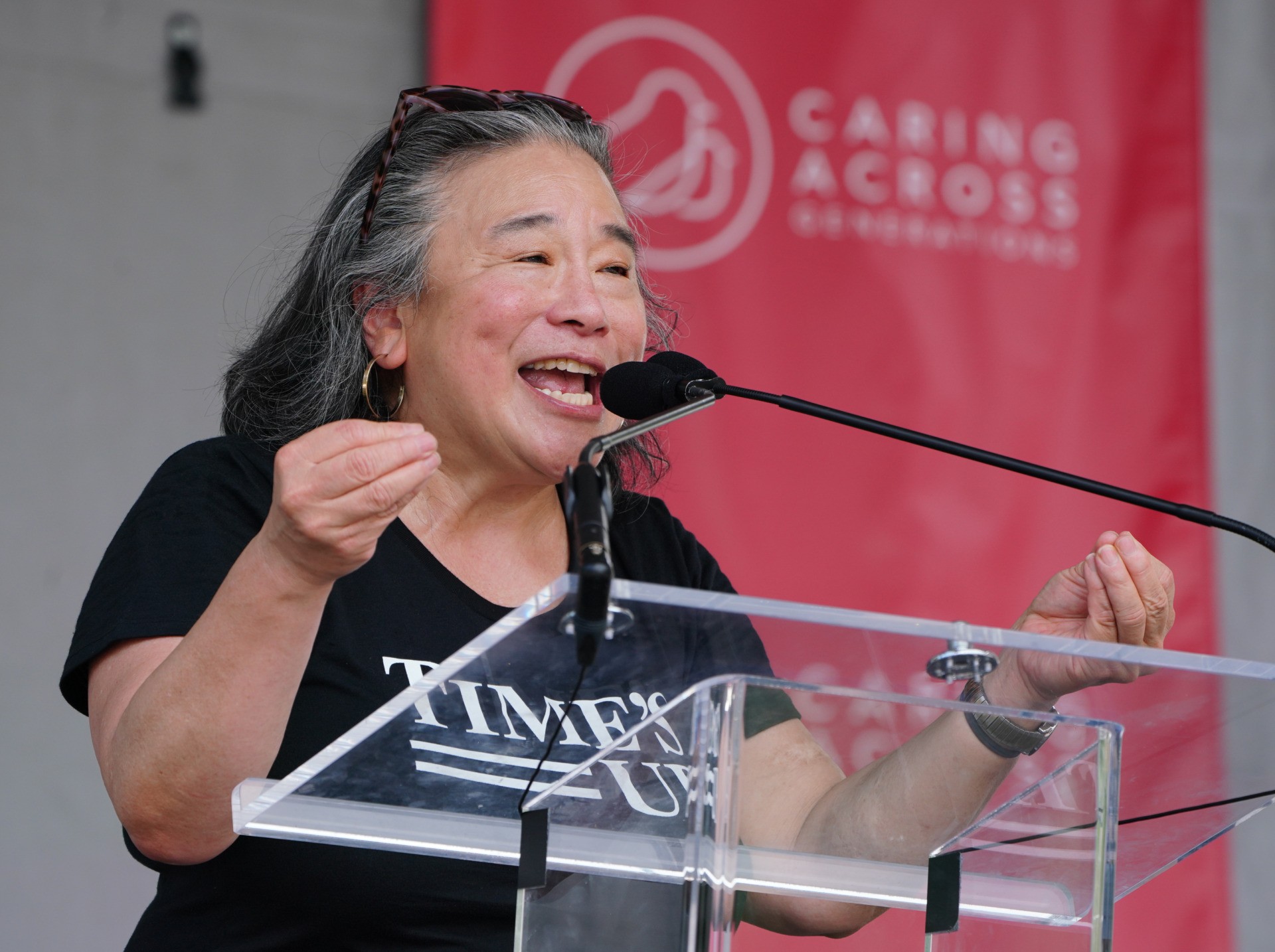 Tina Tchen speaks at a demonstration calling for Care Work to be recognized as Climate Work on July 13, 2021 in Washington, DC. (Jemal Countess/Getty Images for Green New Deal Network)

Time’s Up declined to help former Congressional staffer Tara Reade in her allegation that Joe Biden assaulted her nearly three decades ago. “I actually cried a little because I felt really betrayed,” Reade has said about the group. “They never told me that their public relations was run by Anita Dunn.”