Loud proponent for the poor and downtrodden Meghan Markle donned a custom Christopher John Rogers dress worth an estimated $2,600 adorned with $9,000 in jewels, (and a $348,000 engagement ring) as she stood alongside husband Prince Harry on Saturday night to accepted the President’s Award at the NAACP Image Awards.

The couple used their moment in the spotlight to talk about about themselves and their commitment to “illuminating those who are advancing racial justice and progress” through their work and charity organization Archewell.

“We would like to acknowledge the people of Ukraine who urgently need our continued support as a global community,” said Prince Harry while standing next to his wife. The couple was recognized for their outreach efforts in the U.S. and around the world.

“It’s safe to say I come from a very different background than my incredible wife,” he said. “Yet, our lives were brought together for a reason. We share a commitment to a life of service, a responsibility to confront injustice and a belief for the most overlooked that are the most important to listen to.”

Their full remarks can be seen below.

Prince Harry and Meghan, The Duke and Duchess of Sussex won the prestigious President's Award. The President's Award is presented in recognition of distinguished public service. #NAACPImageAwards 👏🏻 pic.twitter.com/BNO5VMnlo4

The NAACP Image Awards’ President’s Award is a recognition of special achievement and public service. Past winners include Muhammad Ali, Jesse Jackson, LeBron James, and Rihanna.

The Royal couple have long put their concerns into the public domain as they appealed for a world of equality and fairness for all.

As Breitbart News reported, such is their level of commitment to the planet they said back in 2019 they have no intention of having more than two children. 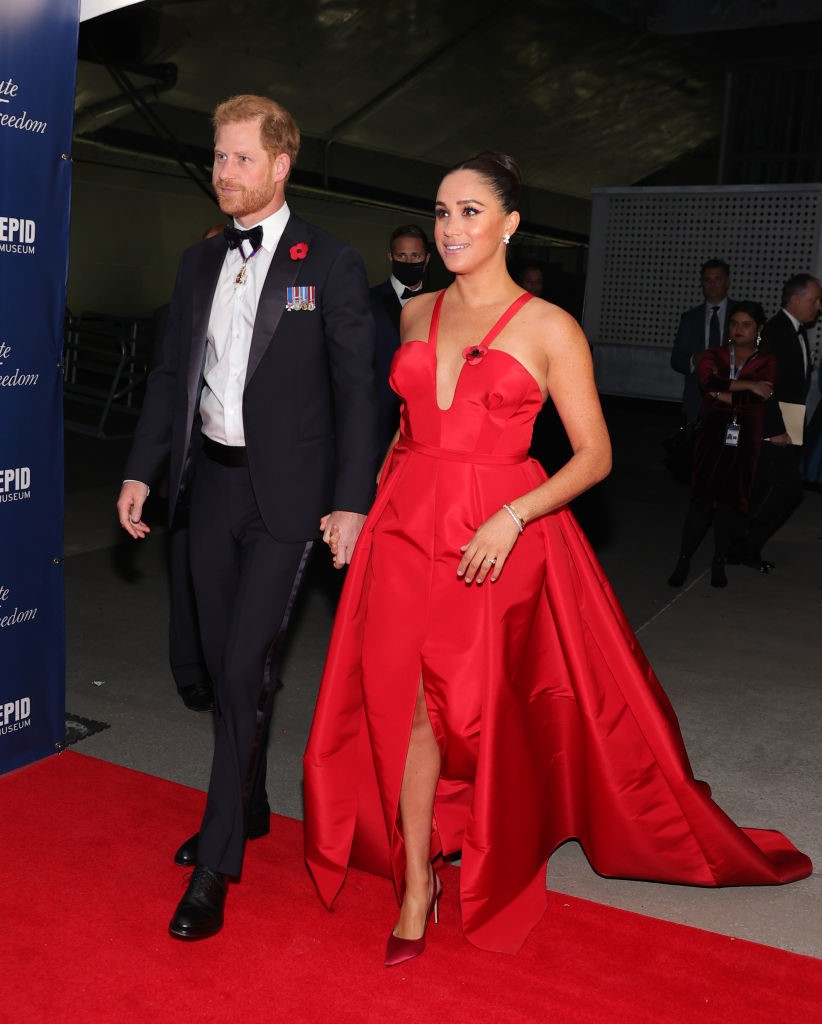 “We are the one species on this planet that seems to think that this place belongs to us, and only us,” Prince Harry said in an interview of ethologist Dr Jane Goodall for the September issue of British Vogue.

They also use their public position to argue against any form of discrimination targeting minorities or women in all walks of life.

Less than a year later Markle used an address at the U.N. Girl Up! Leadership Summit to join a number of world leaders and public figures in the fight against gender inequality.

Markle focused on redirecting power into the hands of the people, saying “those in the halls and corridors and places of power—from lawmakers to world leaders to executives—all of those people, they depend on you more than you will ever depend on them. And here’s the thing: They know this.”