Far-left Vanity Fair published a 90-gazillion-word boot-lick to Disney’s Star Wars franchise that eventually sputters to a close with the only information that matters… As a film franchise, Star Wars is dead…

“That leaves the question of what’s happening with the Star Wars movies,” wonders Vanity Fair.

The answer is hilarious…

“We have a road map,” [producer Kathleen] Kennedy says, although Lucasfilm’s big-screen return is unlikely to follow the same relentless cadence as before. A movie from Jojo Rabbit’s Taika Waititi and 1917 screenwriter Krysty Wilson-Cairns will likely arrive first, with Rogue Squadron from Wonder Woman director Patty Jenkins further off. Is it true that Marvel Studios president Kevin Feige will produce a Star Wars film? “I would love to see what movie he might come up with,” Kennedy says. “But right now, no, there isn’t anything specifically.” And the trilogy from The Last Jedi’s Rian Johnson that was announced five years ago? Back-burnered. “Rian has been unbelievably busy with Knives Out and the deal that he made at Netflix for multiple movies.”

The emphasis on television is already influencing the upcoming film slate. “I hesitate to use the word trilogies anymore because Star Wars is much more about persistent storytelling,” Kennedy says. Now she just needs to recruit feature filmmakers.

There’s nothing on the schedule!

Ideas on a whiteboard are not an “upcoming film slate.” 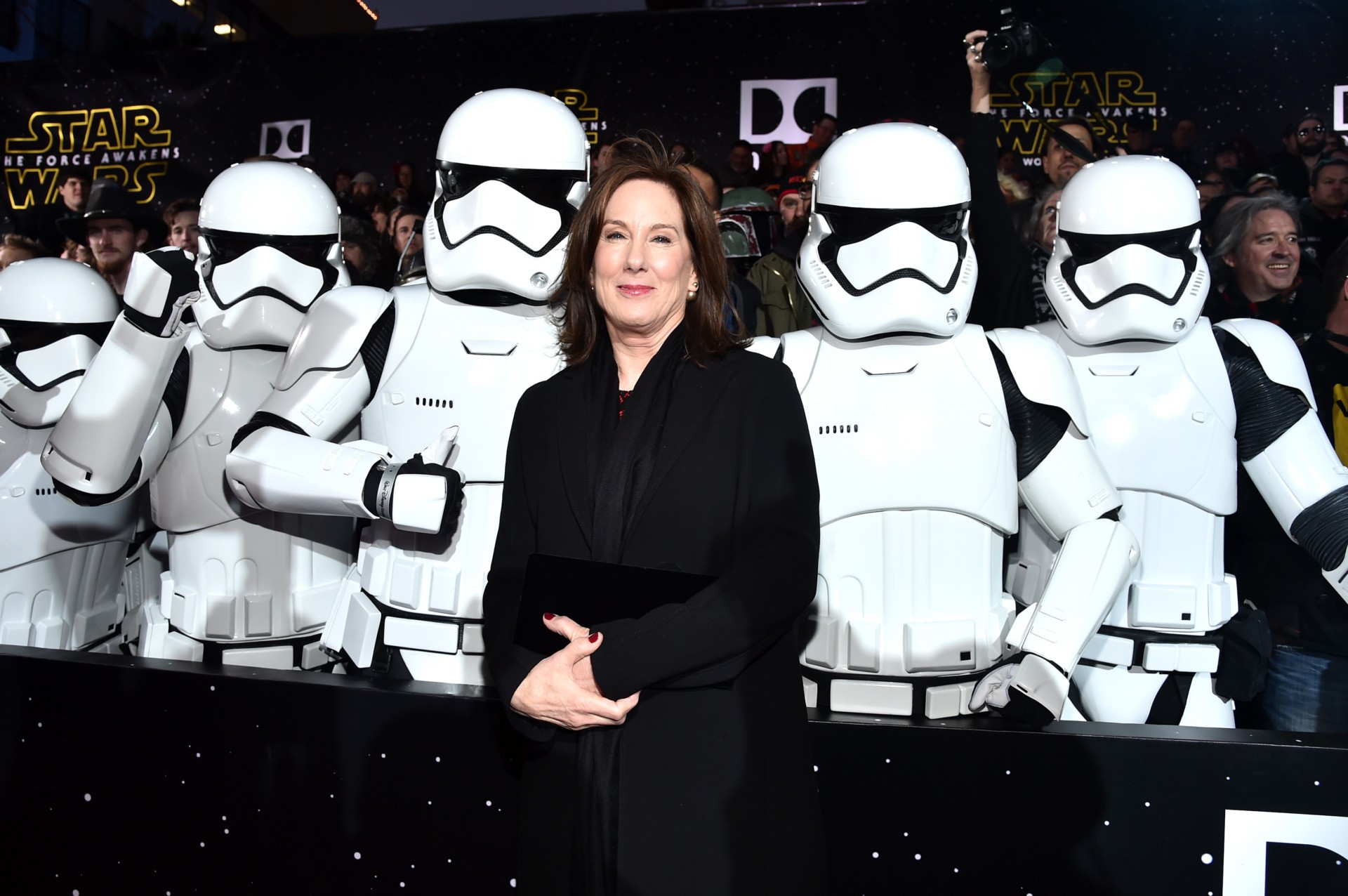 Taika Waititi has one movie to complete and two more to direct before Star Wars shows up on his IMDB page.

Patty Jenkins put her Star Wars movie on hold to make Wonder Woman 3, which isn’t scheduled to start filming until 2023.

Of all the film franchises that seemed inexhaustible, not only as far as the public’s desire for more but the creative possibilities (i.e., George Lucas’s endless galaxy), Star Wars would have been the last I would have chosen to fail.

And let us never allow anyone to forget that Kathleen Kennedy’s original goal was to release one or two Star Wars movies each and every year. The idea was to do with Star Wars what was being done with Marvel. We were promised that all these Star Wars films were in the works, all these titles, all these sexy ideas. We were going to be buried in prequels, sequels, reboots, spin-offs… Star Wars was going to be a money-printing machine, the golden goose of all cinematic golden geese, and then it all went to shit.

Sure, Kennedy’s five movies made money, but nobody really enjoyed them, and the writing was on the wall with a flop called Solo (which was far from the worst of The Kennedy Five). Everyone knew that without the original cast to boost the nostalgia factor, Kennedy’s Dream Machine was destined to sputter and die because, without the nostalgia factor, Star Wars fucking sucked. What had been pure escapism, romance, and adventure was turned into a woke feminist, race, anti-capitalist, nihilistic, homosexual lecture that not only destroyed the joy of escapism but resulted in truly terrible and heavy-handed storytelling.

And now Star Wars — Star Wars! — has been relegated to a TV show, a stinkin’ TV show.

A TV show is nothing compared to a movie-movie, to the shared experience and magic of lavish premieres, wowed-out crowds, and record-breaking grosses.

Woke killed Star Wars as a film franchise, and it will stay dead until the sicko child-groomers at Disney find the moral courage to admit that.