Johnny Depp’s attorney Camille Vasquez grilled Amber Heard on the witness stand over her failure to donate her $7 million divorce settlement to charity. The actress responded by claiming that while she did not donate all of the money to charity, she did donate it all, because she uses the words “pledge” and “donation” synonymously.

On Monday, Vasquez mentioned that Heard said she “donated” her entire $7 million divorce settlement to charity, splitting the donations between the left-wing American Civil Liberties Union (ACLU) and the Children’s Hospital of Los Angeles — sending $3.5 million to each.

“Sitting here today, Ms. Heard, you still haven’t donated the $7 million divorce settlement to charity, isn’t that right?” Vasquez asked, to which Heard responded, “Incorrect. I pledged the entirety of the settlement, $7 million, to charity.”

After being pressed on the issue, Amber Heard eventually admits she didn’t donate the $7 million from her divorce settlement that she pledged to charity. pic.twitter.com/coI4jxRXgB

“I use ‘pledge’ and ‘donation’ synonymous with one another,” Heard responded.

Elsewhere during cross examination, Heard insisted that she was unable to donate the entirety of her divorce settlement, because “Johnny sued me” — despite acknowledging that she had received the full $7 million from Depp 13 months before he filed the defamation lawsuit.

Vasquez pointed out, however, that Heard “had all of the $7 million for 13 months before Mr. Depp sued you, and you chose not to pay it to the charities you pledged it to.”

“I disagree with your characterization of that,” Heard responded.

Vasquez also pointed out that Heard claimed she was donating her entire divorce settlement to charity because she wasn’t after Depp’s money, and “wanted nothing” from the actor.

Last month, however, ACLU Chief Operating Officer and General Counsel Terence Dougherty testified that the majority of Heard’s $1.3 million donation to the ACLU was made by Tesla CEO Elon Musk and another anonymous individual. 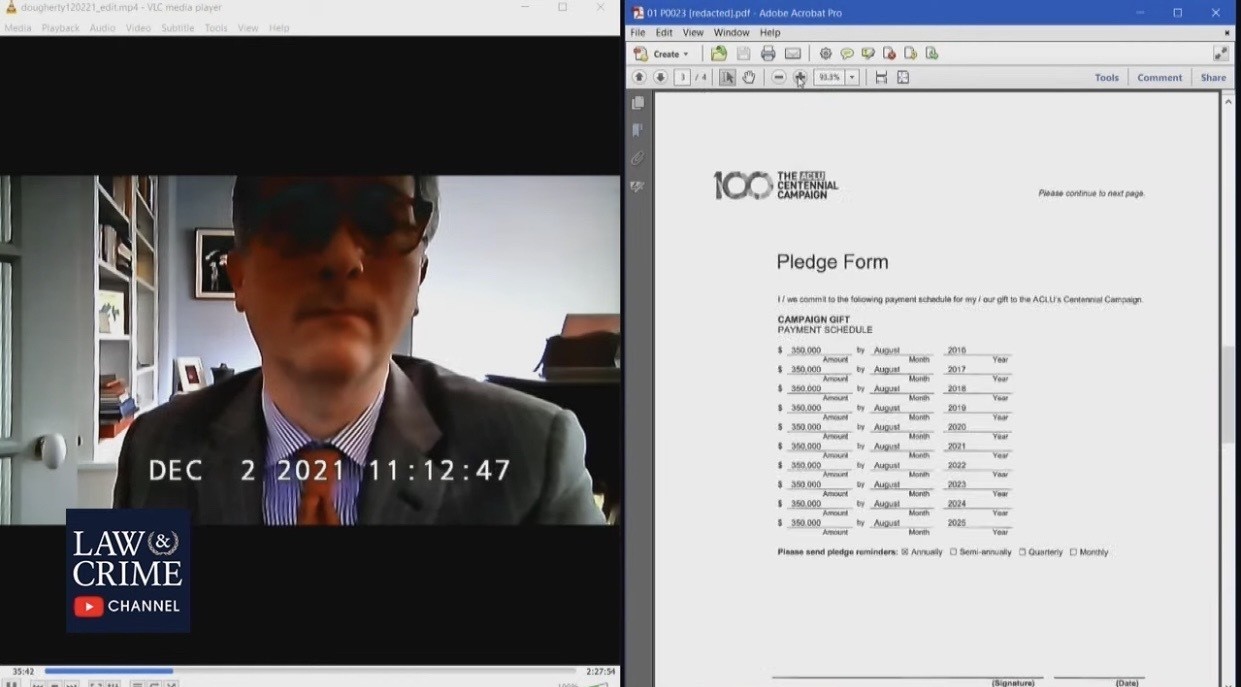 The Pirates of the Caribbean star is suing his ex-wife, seeking $50 million in damages, claiming that a 2018 Washington Post op-ed she wrote has harmed his movie career.