Irreverent cartoon icons Beavis and Butthead hilariously lampoon white privilege and the hive-minded liberal college denizens who blame it for societal inequities in the new film, Beavis & Butthead Do the Universe.

A clip of the new film went viral this week showing the two destructive doofuses being told by white college activists what white privilege means. Naturally, the pair learn all the wrong lessons from their feminist lecturer.

As the two halfwits enter a college, they are told that white men can get away with anything in life. 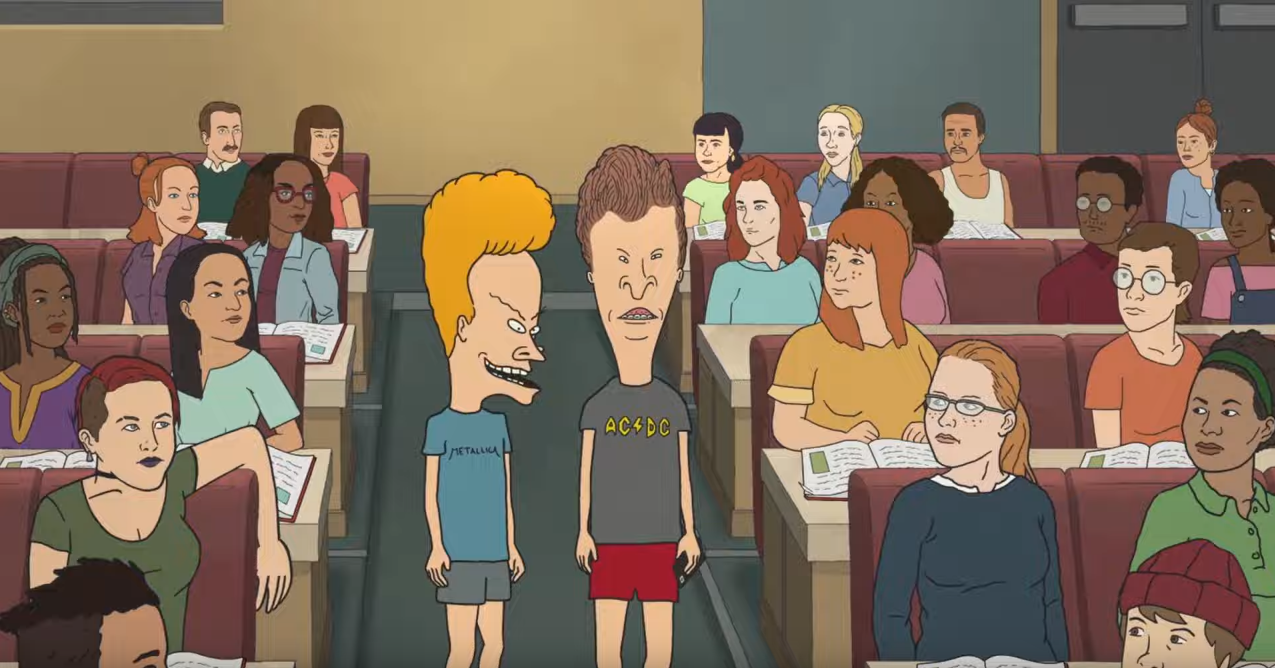 “So white privilege is when white people — particularly men — automatically assume they can take whatever they want,” a student tells them.

“And they never have to worry about getting stopped by the police,” another student adds.

Butt-Head replies, “Whoa! And we have that?”

After a professor says they do, Beavis adds, “Whoa! I never realized this stuff.”

The professor then self-righteously exclaims, “Well, I’m glad we’ve been able to enlighten you. The real question is, ‘Do you think you’ll be acting differently from now on?'”

Naturally, instead of learning to be more guarded and circumspect, the two wacko anti-heroes take “white privilege” as an excuse to go off the rails.

The boys go on to terrorize the school as they revel in their newly realized white privilege. They begin taking what they want, pushing people aside, even stealing a police car, because they have “white privilege.”

“This is what we were taught, sir,” they tell people shocked at their behavior.

There is even an amusing snippet where a white guy in a manbun interrupts a black student explaining white privilege by mansplaining the same thing the black student was trying to explain.

The scene is the kind of skewering satire from creator Mike Judge that made the original MTV series a mid-1990s sensation.
Follow Warner Todd Huston on Facebook at: facebook.com/Warner.Todd.Huston, or Truth Social @WarnerToddHuston