It appears that even Tom Hanks is dumbfounded by Disney’s decision to recast actor Tim Allen with Chris Evans in Pixar’s latest Lightyear movie.

Speaking with CinemaBlend, Hanks, who voiced the character Woody in the Toy Story franchise opposite Tim Allen, was asked if he felt “strange” to have his latest movie Elvis be to be in “theaters opposite a Buzz Lightyear film.”

“How about that? Actually, I wanted to go head-to-head with Tim Allen, and then they didn’t let Tim Allen do it,” he told CinemaBlend. “I don’t understand that.”

Hanks had little else to say when asked about the studio’s decision to replace Allen.

“Here’s the thing — just as long as people come back to the motion picture theater,” he said. “I want to go back in the theater with a bunch of strangers and leave with something in common. That’s what I want to do and, going to see a movie with him [Allen] — I’m looking forward to that.” 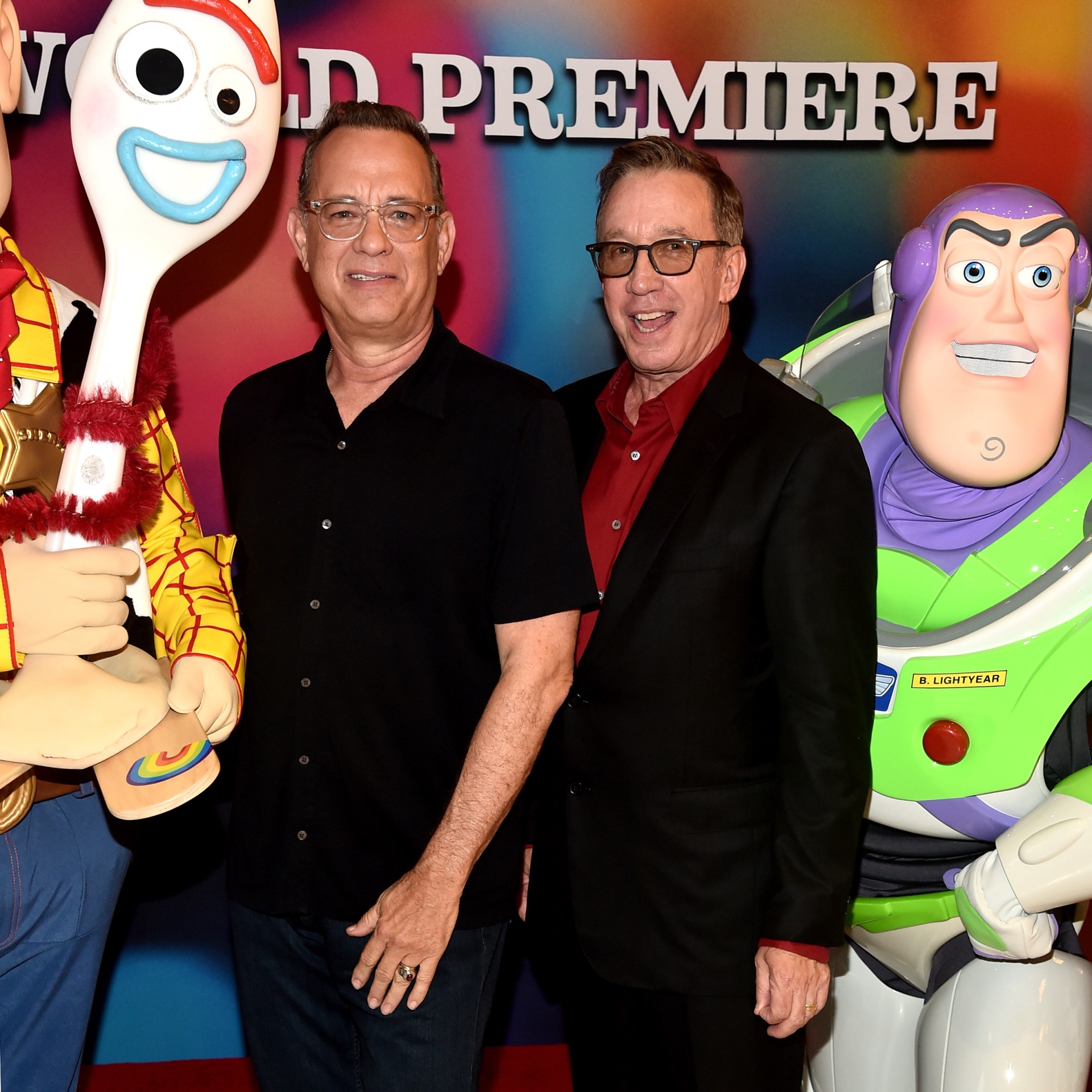 Lightyear bombed at the box office with a worldwide haul of just $190 million on a production budget of $200 million, not including marketing costs. The replacement of Tim Allen with Chris Evans and Disney’s decision to include, and heavily promote, a lesbian kiss has largely been attributed to the film’s colossal failure.

Actor Tim Allen broke his silence in on the matter when he told Extra last week that Lightyear seemed out of step with the Toy Story franchise.

“I’ve stayed out of this,” Allen said. “We talked about this many years ago — but the brass that did the first four movies is not this, it’s a whole new team that really had nothing to do with the first movies.”

Allen added that Buzz Lightyear and Woody are virtually inseparable in the Toy Story world and could not understand why the filmmakers did not just make a live-action Buzz Lightyear film.

“I thought it was a live-action. When they said they were doing it live-action, that’s what I thought to mean real humans and not an animated thing,” he added.

Though Chris Evans honored Tim Allen’s portrayal of Buzz, he ultimately alienated fans when he said that people uncomfortable with the film’s lesbian kiss will essentially go extinct like dinosaurs.

“The real truth is those people are idiots,” Evans said. “There’s always going to be people who are afraid and unaware and trying to hold on to what was before. But those people die off like dinosaurs. I think the goal is to pay them no mind, march forward and embrace the growth that makes us human.”

“Every time there’s been social advancement as we wake up, the American story, the human story is one of constant social awakening and growth, and that’s what makes us good,” he added.

Lightyear lost at the box office to a dinosaur movie: Jurassic World: Dominion.