Lightyear star Chris Evans called critics of the movie’s gay kiss “idiots,” adding, “those people” are going to “die off like dinosaurs.” The Disney-Pixar animated children’s movie has been banned in Middle Eastern countries, such as Saudi Arabia and the United Arab Emirates (UAE), over a scene featuring a kiss between two female characters.

“The real truth is those people are idiots,” Evans told Reuters. “There’s always going to be people who are afraid and unaware and trying to hold on to what was before. But those people die off like dinosaurs.”

“I think the goal is to pay them no mind, march forward and embrace the growth that makes us human,” the actor added.

Evans went on to say that “Every time there’s been social advancement as we wake up, the American story, the human story is one of constant social awakening and growth and that’s what makes us good.” 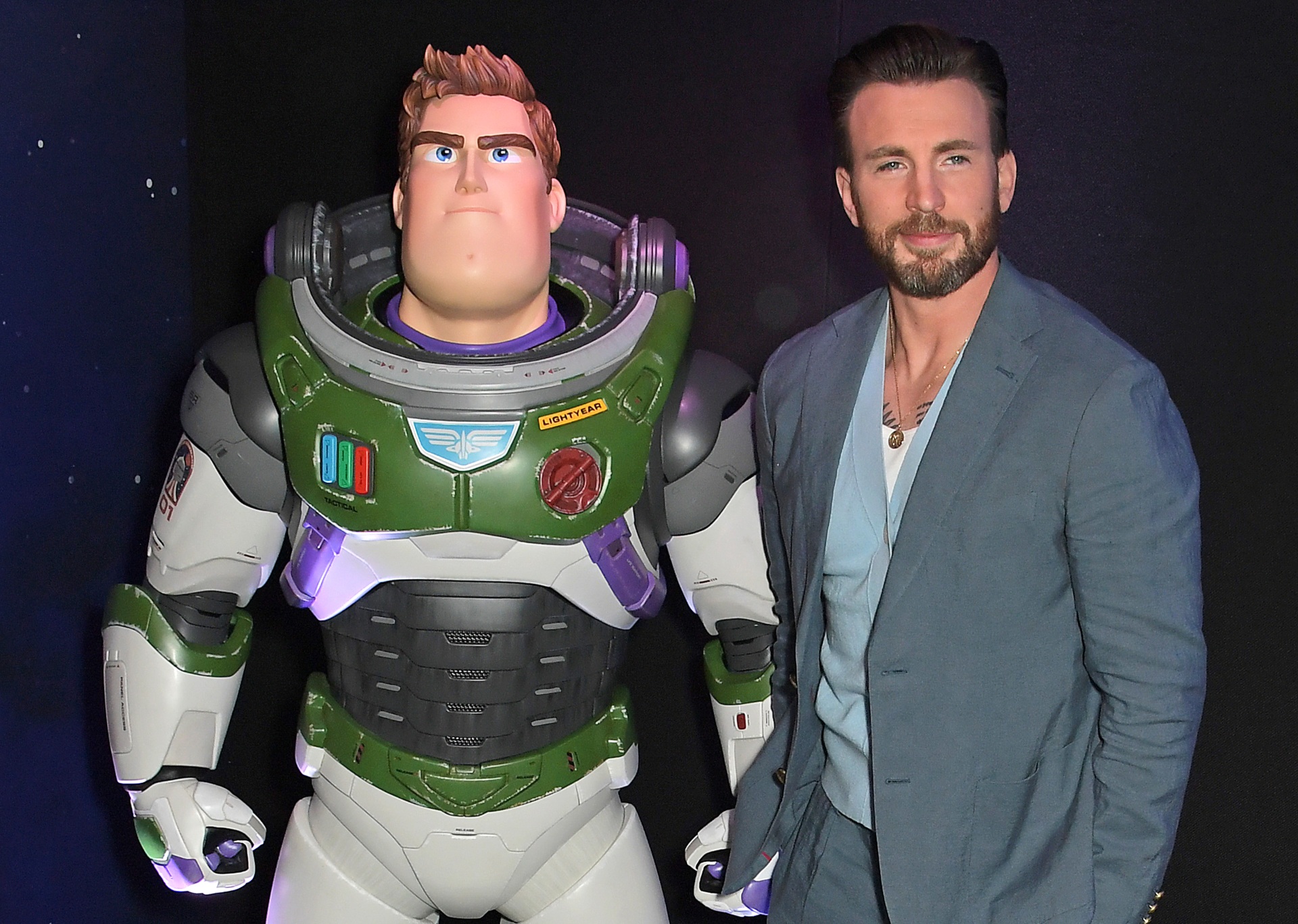 The actor’s comments come after Lightyear was banned in several Middle Eastern countries where homosexuality is illegal.

The film will not play in Saudi Arabia, the UAE, Malaysia, Indonesia, Bahrain, Egypt, Kuwait, Oman, Qatar, Jordan, and Lebanon, according to a report by The Wrap.

The same-sex kiss, which was initially cut from Lightyear, was restored after LGBTQIA2S+ employees and their allies complained that Disney executives had censored “overtly gay affection” in the company’s films.

It’s reportedly those same LBGTQIA2S+ activists inside Disney that pushed the company to go to war with Florida Gov. Ron DeSantis (R) over the state’s Parental Rights in Education law, which bans sexuality and gender ideology teaching to children in kindergarten through third grade.

Earlier this week, Actress Patricia Heaton blasted Disney-Pixar over its decision to replace actor Tim Allen with actor Chris Evans in LightYear, asking “Why would they completely castrate” the Buzz Lightyear character?

Evans is not the only actor to lambast so-called “idiots” after Middle Eastern countries ban films featuring LGBTQ content.

Last year, after Saudi Arabia and Qatar banned Eternals, actress Angelina Jolie proclaimed that she is “proud” Marvel refused to cut the film’s scenes featuring an openly gay superhero for Middle Eastern countries, adding that anyone who doesn’t “appreciate” gay content in movies is “ignorant.”