Actor Will Smith says he “respects” those who don’t want to see his new film, Emancipation, after his Oscars controversy early this year.

Attempting a career comeback, Smith stars in a Civil War-era story about a slave who escapes a Louisiana plantation where he suffered serious abuse at the hands of slave drivers, and who later joins federal forces in battle against the Confederacy, all so he can get back to his family enslaved at another plantation.

But in light of his controversial actions during the March 27 broadcast of the Oscars, Smith says he “understands” if people refuse to patronize his films.

“I completely understand that, if someone is not ready. I would absolutely respect that and allow them their space to not be ready,” Smith told Fox 5.

Smith outlined his “deepest concern is my team” who joined him in making the Civil War film. Indeed, he said he feels that the movie is director Antoine Fuqua’s “greatest work of his entire career.”

"I completely understand that if…someone is not ready, I would absolutely respect that and allow them their space to not be ready…My deepest hope is that my actions don't penalize my team."

Will Smith on audiences who aren't ready to watch his films after Oscars. #GoodDayDC pic.twitter.com/2fc3XaXbMa

“The people on this team have done some of the best work of their entire careers, and my deepest hope is that my actions don’t penalize my team,” he added. “So, at this point, that’s what I’m working for. That’s what I’m hoping for. I’m hoping that the material, the power of the film, the timeliness of the story — I’m hoping that the good that can be done — will open people’s hearts at a minimum to see and recognize and support the incredible artists in and around this film.”

Smith caused an uproar and was banned for ten years from the Academy of Motion Picture Arts and Sciences after he mounted the stage and slapped comedian Chris Rock when the Oscars host delivered a joke about Smith’s wife.

Fans may not be the only ones snubbing Smith’s new Civil War slavery epic. 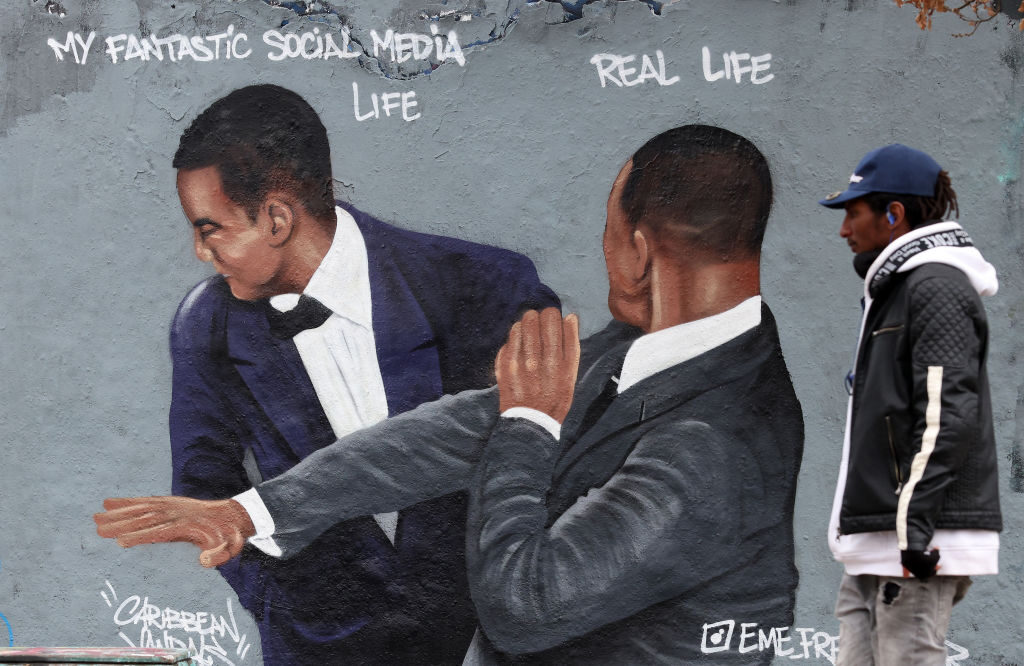 Before the film has even opened, some Oscars voters have signaled they will not be voting for Emancipation because of Smith’s participation.

Smith thanked Apple Films for giving him a chance after he argued that the story they were trying to tell with Emancipation was far more important than his “one bad moment.”

“My conversation was always, ‘Isn’t 400 years of slavery, of brutality, more important than one bad moment?’ We were in Hollywood, and [there have] been some really ugly things that have taken place, and we’ve seen a lot of people get awards that have done some really nasty things,” Smith said, according to the Hollywood Reporter. “So, I think Apple considered all those things, and we discussed a lot of those things. Then, a decision was made by the people in charge of distribution and the money at Apple — and I’m grateful. I’m really grateful.”