Since the start of 2019 Australian law enforcement has arrested more than 180 people for arson, some in connection with the nation’s raging bushfires, as alarmists try to pin the blazes on “climate change.”

The Australian reported that 29 fires were deliberately started in the Shoalhaven region of southeast New South Wales (NSW) in just three months.

Drawing on data from NSW Bureau of Crime and Statistics and Research, the newspaper reported that “…since November 8, 24 people have been arrested for deliberately starting bushfires, while 184 have been charged or cautioned for bushfire-related offenses.”

The extent of the arson is vast, as police have arrested people for lighting bushfires across Queensland, NSW, Victoria, South Australia, and Tasmania in the past few months, police data reveals.

In Queensland alone, 101 people have been detained for setting fires in the bush, 32 adults and 69 juveniles, police noted.

According to professor Janet Stanley of Melbourne University, the arsonists are typically young males, aged 12 to 24, or older men in their 60s.

Meanwhile, alarmists have been excitedly pointing to the bush fires as evidence of a worldwide climate emergency caused by fossil fuel emissions. 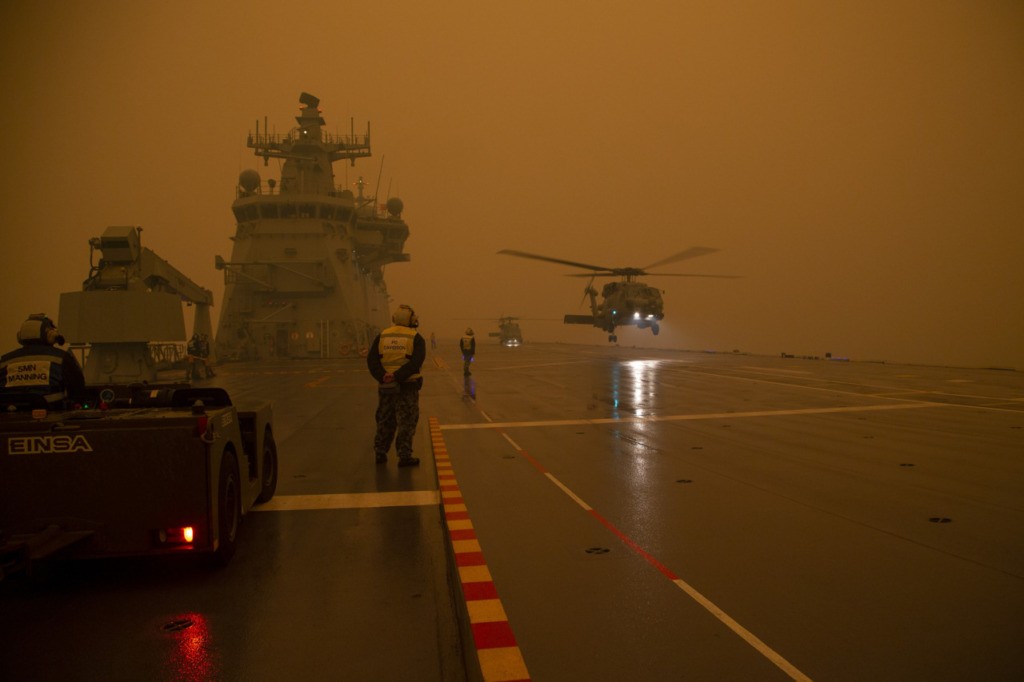 A Royal Australian Navy MH-60R Seahawk ‘Romeo’ Helicopter departs HMAS Adelaide during Operation Bushfire Assist. Army Reserve forces and other specialist capabilities have been called in to help with firefighting efforts across Australia, along with extra Defence ships and helicopters. 14 people have now died in the fires in NSW, Victoria and South Australia since New Year’s Eve. (Australian Department of Defence via Getty Images)

On New Year’s day, the Guardian published an essay by Michael Mann, arguably the world’s preeminent climate alarmist, who said he was “watching climate change in action” while on holiday in Australia.

In his article “Australia, your country is burning – dangerous climate change is here with you now,” Mann claimed he was witnessing the devastating effects of climate change “first hand.”

Best known for his debunked “hockey stick” graph showing supposedly unprecedented 20th-century global warming after centuries of allegedly stable temperatures, Mann wrote that instead of “vast expanses of rainforest framed by distant blue-tinged mountain ranges,” he looked out into “smoke-filled valleys, with only the faintest ghosts of distant ridges and peaks in the background.”

“The brown skies I observed in the Blue Mountains this week are a product of human-caused climate change,” Mann asserted.

“The warming of our planet – and the changes in climate associated with it – are due to the fossil fuels we’re burning: oil, whether at midnight or any other hour of the day, natural gas, and the biggest culprit of all, coal,” he declared.

Australians “need only wake up in the morning, turn on the television, read the newspaper or look out the window to see what is increasingly obvious to many – for Australia, dangerous climate change is already here,” Mann stated.

“Australia is experiencing a climate emergency. It is literally burning,” he said.

UPDATE:  This story has been updated to reflect new information as reported in the Australian.  Specifically, arrests for arson are reported since the start of 2019, not just during bushfire season.