Evacuation warnings have been issued for all of the southern side of Lake Tahoe due to the advancing Caldor Fire, one of several large wildfires burning in California. 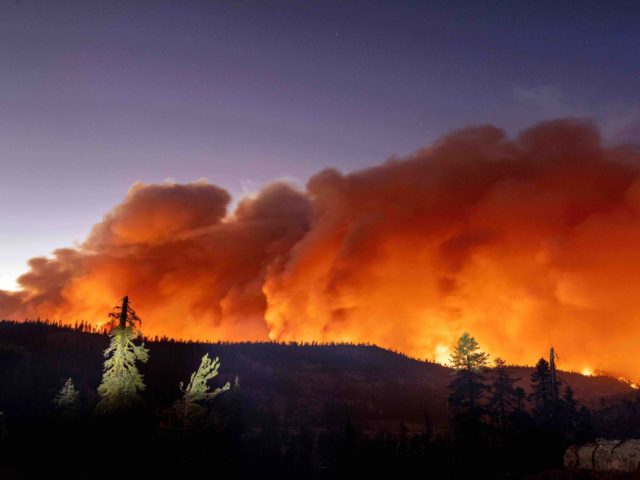 All residents on the California side of Lake Tahoe’s south shore were warned Sunday night to be ready to leave their homes in the face of the monstrous Caldor Fire as crews fought to beat back the blaze and new mandatory evacuation orders were issued outside the city of South Lake Tahoe.

The entire Desolation Wilderness was ordered evacuated, and Sunday night’s warning included all areas surrounding the south side of Lake Tahoe up to the Nevada border, including the city of South Lake Tahoe. Some areas south of the city were previously ordered to evacuate.

The 2-week-old blaze has frequently resisted all efforts to control it. On Sunday, a combination of critically dry vegetation and strong winds helped it cast flames as far as 1 mile ahead at times, officials said.

The Caldor Fire is still not as large as the Dixie Fire, the second-larges in the state’s history, which has consumed over 765,000 acres, at 48% containment. That blaze became the first to burn from one side of the Sierra Nevada to the other. 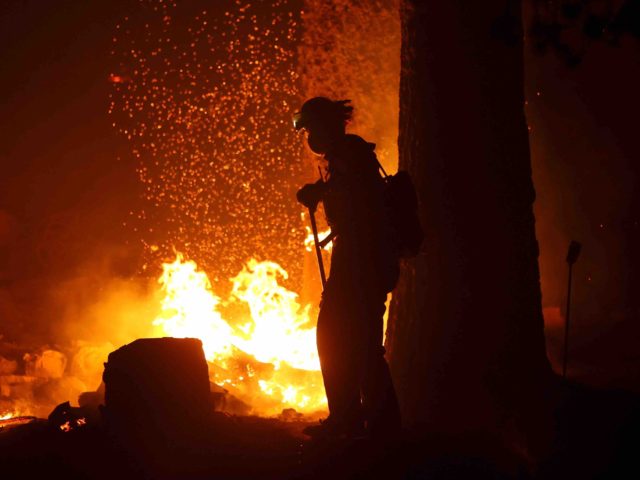 TWIN BRIDGES, CALIFORNIA – AUGUST 30: Firefighters extinguish hot spots as the Caldor Fire moves through the area on August 30, 2021 near Twin Bridges, California. The Caldor Fire has burned over 165,000 acres, destroyed over 650 structures and is currently 13 percent contained. (Photo by Justin Sullivan/Getty Images)

However, the Caldor Fire is advancing rapidly, and threatens a more densely populated area near the Lake Tahoe region.