In its report, timed for publication just prior to the COP26 U.N. Climate Change Conference, the WMO said that concentration of carbon dioxide (CO2) in the atmosphere “reached 413.2 parts per million in 2020 and is 149% of the pre-industrial level.”

“As long as emissions continue, global temperature will continue to rise,” the WMO warned.

“The economic slowdown from COVID-19 did not have any discernible impact on the atmospheric levels of greenhouse gases and their growth rates, although there was a temporary decline in new emissions,” it said. 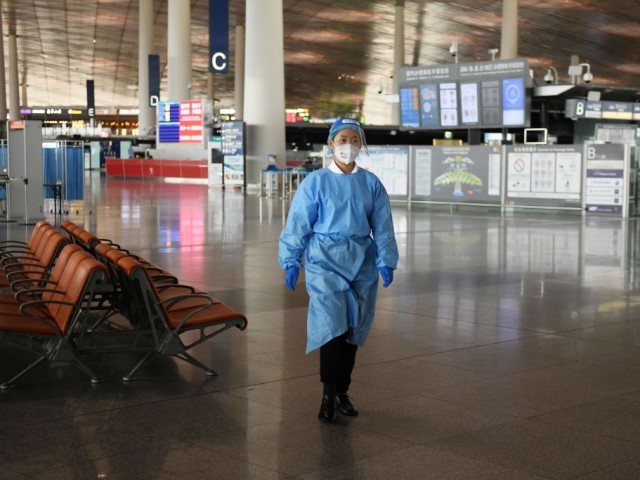 A worker wearing protective clothing walks to a temperature checking station at the empty airport in Beijing on June 18, 2020. Travel restrictions were placed on nearly half a million people near Beijing on June 18 as authorities rushed to contain a fresh outbreak of the coronavirus with a mass test-and-trace effort and lockdowns in parts of the Chinese capital. (GREG BAKER/AFP via Getty Images)

“At the current rate of increase in greenhouse gas concentrations, we will see a temperature increase by the end of this century far in excess of the Paris Agreement targets of 1.5 to 2 degrees Celsius above pre-industrial levels.”

“We are way off track,” Taalas added.

Rising CO2 concentration “has major negative repercussions for our daily lives and well-being, for the state of our planet and for the future of our children and grandchildren,” he warned. 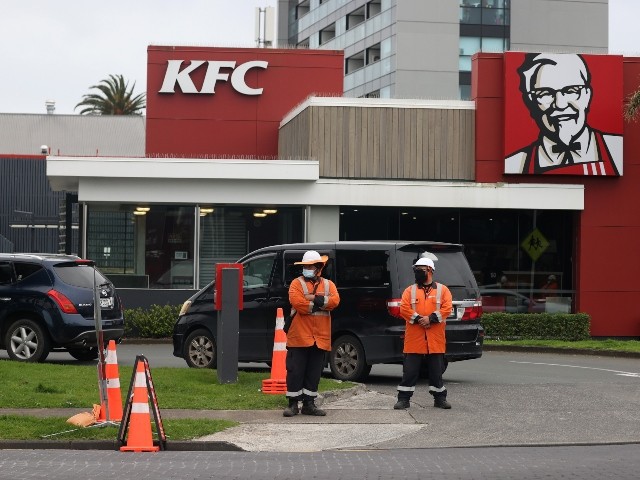 Traffic management workers direct a large queue of cars through the KFC drive through in Manukau on September 22, 2021 in Auckland, New Zealand. (Phil Walter/Getty Images)

Taalas expressed his wish that COP26 will see a “dramatic increase” in commitments for achieving carbon neutral targets.

“We need to transform our commitment into action that will have an impact of the gases that drive climate change,” he said.

“We need to revisit our industrial, energy and transport systems and whole way of life.  The needed changes are economically affordable and technically possible,” he declared. “There is no time to lose.”