ROME — The Vatican’s L’Osservatore Romano newspaper offered a fawning review Saturday of John Kerry’s address this week at the COP26 Climate Change Conference, warning of the risk of “climate negligence.”

“It would be negligent to leave Glasgow and the COP26 international climate conference without establishing rules for verifying the commitment of individual states to resolve the emergency,” the paper states, citing Kerry.

It is no coincidence that Kerry chose the adjective “negligent” to describe the risk at the end of the proceedings of “the most important climate conference ever,” L’Osservatore Romano declares.

The participants in COP26 are endeavoring in these final days to give concreteness to ambitious commitments concerning deforestation and the abandonment of fossil fuels, the article continues, and what is needed now are rules to make sure that nations stick to their promises.

The end result of the negligence of which Kerry has spoken would be “failure,” the article adds, taking this in turn from the 18-year-old Swedish climate scold Greta Thunberg. Or, as Thunberg recently declared, the whole conference would be “blah, blah, blah.”

It would be “dangerous,” L’Osservatore Romano states, again referencing Kerry, to fail to verify frequently the Nationally Determined Contributions (NDCs), that is, national plans for specific climate actions, including targets for greenhouse gas emission reductions and policies and measures governments implement in response to climate change.

What is needed in the next 24 hours are measures to give teeth to verbal commitments in the form of written agreements, the article concludes, this time citing Alok Sharma, the president of COP26.

Meanwhile, the Wall Street Journal noted this week that all is not bleak on the climate front.

Despite apocalyptic forecasts from alarmists, climate-related disasters and deaths have actually been decreasing steadily over the last hundred years, climate expert Bjorn Lomborg writes, and 2021 is projected to see the fewest climate-related deaths in recorded history. 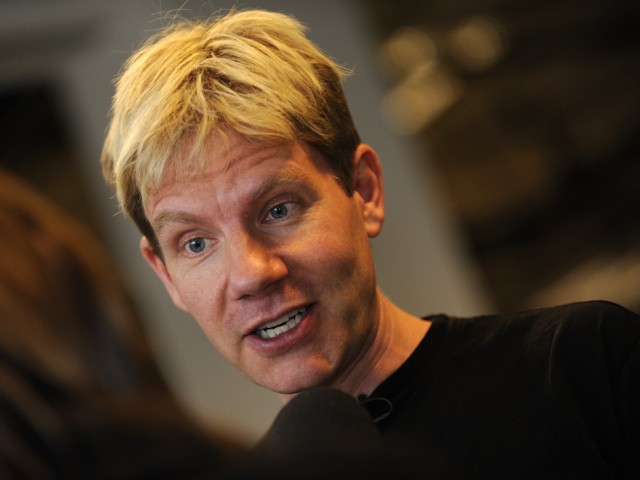 A file picture shows Danish Professor Bjorn Lomborg as he speaks with a journalist at the Bella Center of Copenhagen (ADRIAN DENNIS/AFP via Getty Images).