Toyota has recalled more than 2,000 all-electric SUVs over problems that could cause the wheels or axles to detach from the vehicle, warning drivers if that happened it could “result in a loss of vehicle control, increasing the risk of a crash.”

Toyota instructed owners of the new bZ4X to immediately stop driving and alight from the vehicles due to the “embarrassing” development as Toyota Motor shares slipped on the news.

The Japanese company said the issue is with nuts or bolts on the bZ4X. This model recently went on sale in the U.S. and Europe with the recall aimed at some 2,700 vehicles sold in North America, Europe and Asia. 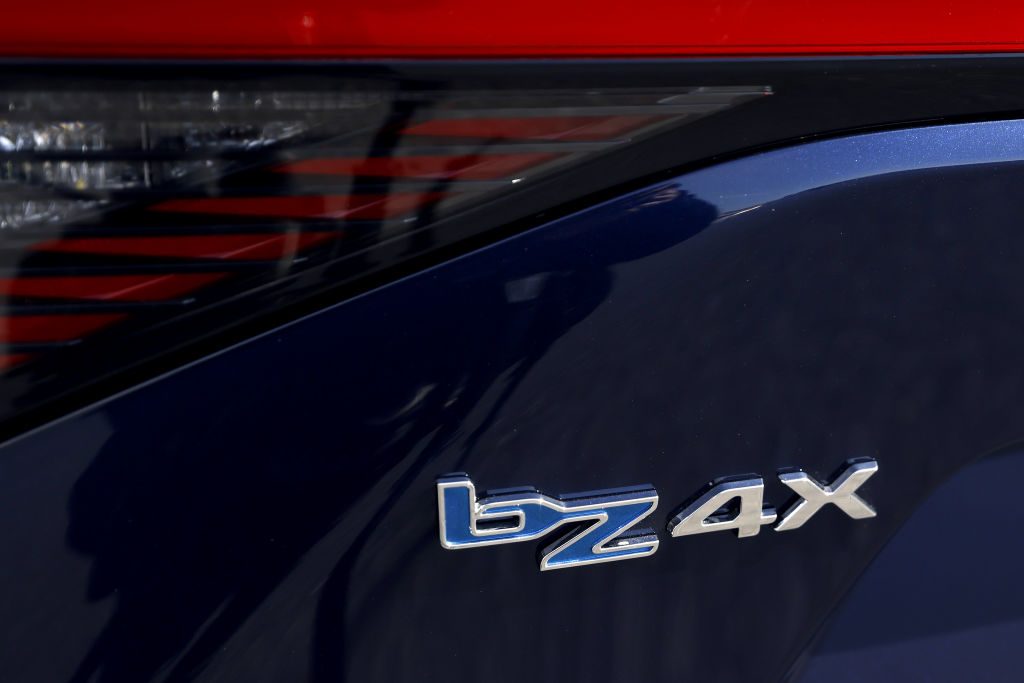 “After low-mileage use, all of the hub bolts on the wheel of the subject vehicles can loosen to the point where the wheel can detach from the vehicle,” a spokesperson said in a statement to CNBC.

“If a wheel detaches from the vehicle while driving, it could result in a loss of vehicle control, increasing the risk of a crash.”

The recall comes less than two months after the car was launched in Japan and follows separate news the company will cut the overall number of vehicles it plans to produce next month by 50,000 to 800,000 because of a shortage of computer chips.

Car maker, Subaru, will also recall 403 electric cars it developed with Toyota for the same reason as the motoring world rushes to build new all-electric variants and politicians promise to do the same.

Joe Biden told an audience at a small drive-in rally in Cleveland, Ohio, on Monday that he would build electric vehicles — the same promise he made, and broke, during the Obama administration. https://t.co/P8ohzrbdnE

While the company doesn’t know how to fix the problem yet, dealers are picking up the vehicles from the customers and giving them free loaners in the meantime, CNN reported.

At the same time Toyota recalled some 46,000 2022 Toyota Tundra pickup trucks for nuts on the rear axle that can loosen.

This fault can cause the axle sub-assembly to disconnect from the vehicle without warning, Toyota cautioned, adding the outcomes could be worrisome for drivers and/or passengers.