Spring being a tough act to follow, God created June. Regular readers of this column will recall that the author bravely came out of the closet as trans-black in April, following years of misery in which my innate blackness felt like a complete mismatch for my white body – or, as I refer to it, my honkyself or crackersona.

In my case, I had to rely on my natural charm and joie de vivre, sharp intellect and stunning good looks, quick wit and natural comedic timing, and of course my substantial modesty, to effectively shed my white dead-race and embrace the beautiful black man that was inside me. (Minds out of the gutter, please!)

Despite the pain from my own heroic struggle for acceptance, it is with joy that I can share the strides my trans-black brothers and sisters have made in society just within the past few weeks. On 3 June, a caller to the Rush Limbaugh radio programme in the US came out as trans-black live on the air.

Just look at the emotion expressed in this transcript of the broadcast from Rush’s show, which has the largest radio audience in the United States:

RUSH:  ….And yet you’re African-American.  In your heart, in your mind, you know you’re black.
CALLER:  Apparently.  That’s the way I felt since I was 10.
RUSH:  You felt African — what does it feel like to be African-American? I can’t understand.
CALLER:  It’s just hard to explain.  I’m not white.  I don’t fit in with my family, you know, it’s —
RUSH:  Do you hate the cops?  Do you have an animus against police officers?
CALLER:  Well, that’s been building lately, as I see how other people of my color treat the cops and feel towards them, that’s kind of been building in me, so, yeah.

As if this wasn’t amazing enough, there are signs that the BAB (“Black At Birth”) community, referred to in the established social justice literature as “cis-raced,” is also beginning to accept their “stealthy soul brothers”, the trans-blacks – or, as one brave sista refers to herself, transn—-rs.

Rachel Dolezal became a national sensation in the US on Thursday after local news stations KXLY and KREM reported stories about her trans-blackness, which was later picked up by Buzzfeed and spread throughout the internet faster than a trans-black who hears a police siren.

Dolezal is the real deal when it comes to trans-blackness. A less enlightened writer might suggest she has gone full native. She has apparently altered her appearance through atomic tanning sessions and a pact with the devil for kinky hair – which, ironically, cis-black women spend their entire lives fighting against – all in an effort to embrace her inner blackness and reject her German and Czech dead-ethnicities.

Of course, not all cis-blacks have welcomed Dolezal with open arms.

But Dolezal has established deep roots in the black community. She is a professor of Africana Education at Eastern Washington University. Personally I am clueless about “Africana education” and the exciting and not-at-all pandering and useless field of African Studies – much as that may hurt my own trans-black street cred.

Dolezal is also the president of the local NAACP chapter, in which capacity she came to the attention of local media by claiming several racial threats which the police have not been able to verify as credible.

Never mind all the horrid rumours that Dolezal has white parents but has acquired a fake black dad for verisimilitude. (Her real parents, who are both white, went to the press this week to expose her.) 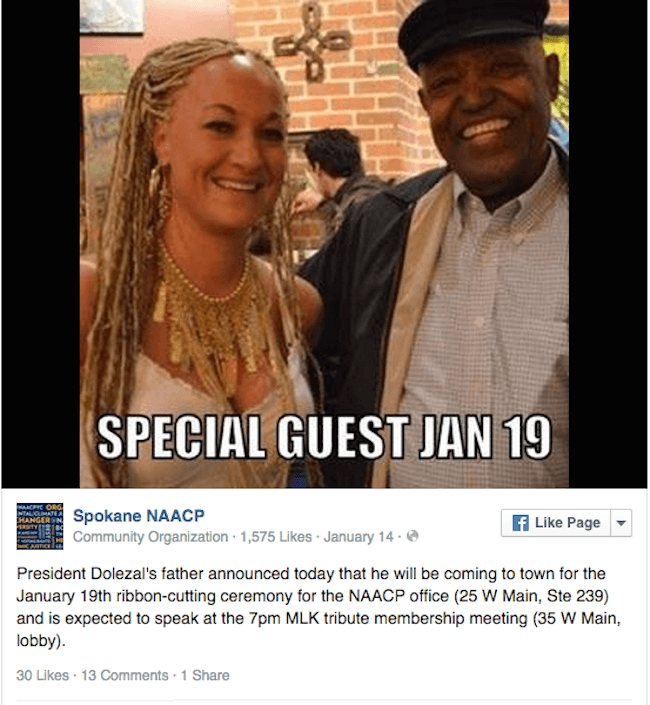 And never mind the fact that she pretends her black adopted brother is her son. Or that she faked a load of shady “racial hatred” for attention but did so hilariously badly. Or that there have been long-standing doubts about her credibility and trustworthininess.

No, no. We trust in Rachel’s authentic lived experience. We trust her narrative. We have listened and believed. Our Rachel is a proud, well-adjusted member of the trans-black community. We welcome you with open arms and open hearts, Rachel.

In perhaps the most stunning display of the true trans-black experience, Rachel Dolezal replied to the question “Are you African American” yesterday with: “I don’t understand the question”.

Keen-eyed readers will no doubt notice that in many pictures Dolezal shares a stunning similarity to failed video games blogger Leigh Alexander, who is legitimately biracial. It should serve as some comfort to Alexander that once she throws in the towel on her flagging career as a games writer that she could lose a few pounds and step right into the shoes of Dolezal as a Africana Studies professor and NAACP official.

The fact that Dolezal is now hurriedly tearing down incriminating Facebook content, rendering a Buzzfeed article about her practically unreadable, is surely neither here nor there.

The struggle is real. 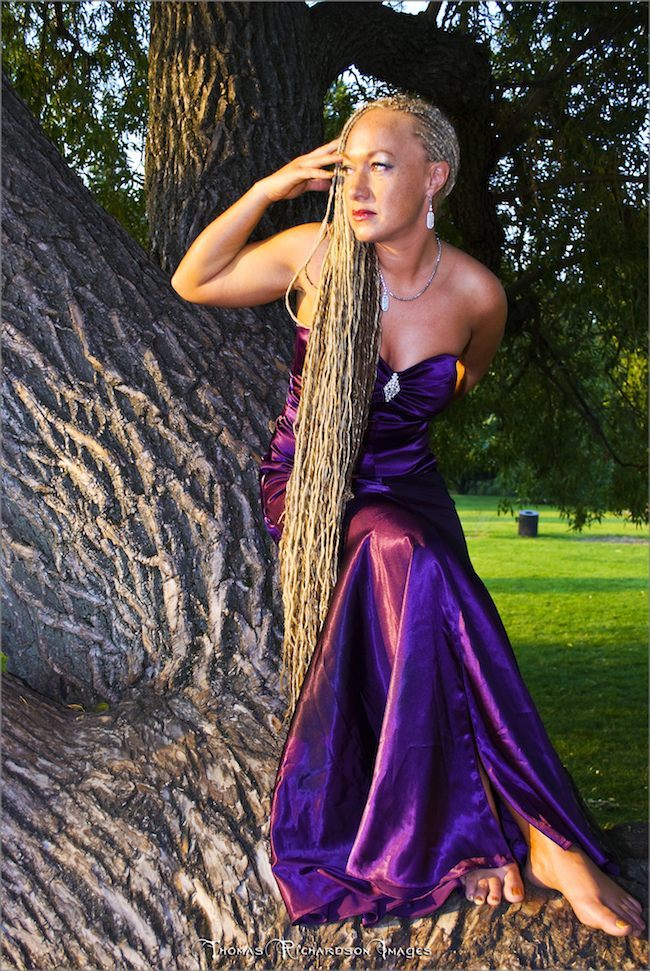