The European Union is threatening the long-established principle of “freedom of panorama” – meaning some major landmarks in public spaces may have to be blocked out from videos and photographs for fear of infringing on the owner’s copyright.

The principle – which has been long-established in a number of jurisdictions across Europe and the United States – is that works such as the London Eye, the Angel of the North, or sculptures displayed in public spaces may be photographed and those photographs may be used for commercial use. 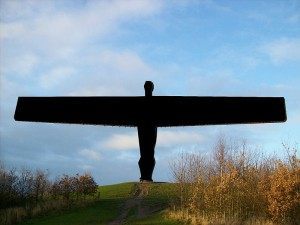 But the EU apparatchiks have stepped in to curtail the freedom, adding an amendment to a recent report that sought to enshrine the principle formally into EU law.

Germany’s Pirate Party MEP Julia Reda submitted the original proposals to protect freedom of panorama in a report earlier this month, but the European Parliament’s legal committee, while approving most of the report, implemented several amendments – one of these reading, “The commercial use of photographs, video footage or other images of works which are permanently located in physical public places should always be subject to prior authorisation from the authors or any proxy acting for them.”

This means that photographers using images of major public spaces may have to consult with copyright owners before publishing images or video, even if the piece of work is not the primary subject of the image.

The rule mimics bizarre French and Belgian rules on taking photographs of the European Parliamentary buildings in Brussels and Strasbourg. Most Members of the European Parliament have at some point taken pictures of the buildings and are therefore in breach of the law. Indeed in Belgium, pictures adhering to the law are blacked out, as can be seen on the Atomium’s Wikipedia page.

An EU directive from 2001 upholds the freedom of panorama, but the new amendments, passed by the European Parliamentary committee, would fundamentally change those rules.

The PetaPixel website notes that the rule may force photographers to seek permission from the copyright holders of the London Eye, Angel of the North, and even the Paddington Bear statue at Paddington Station in London.

UKIP’s Gerard Batten told Breitbart London: “As so often before when the European Union passes its laws it ignores the law of unintended consequences. This attempt to restrict the Freedom of Panorama, by allies of the Lib-Dems in Brussels, strikes at the root of our liberties.

“The London Eye: blocked. The Eiffel Tower: stripped out. The Angel of the North: deleted.

“Art and photography are valuable because of their intrinsic freedom. Freedom constantly undermined by the European Union.”

The European Parliament is set to vote on the matter on July 9th, with the European Commission responsible for the final legislation.