The refrain is often thus: “We can do it” – almost an automatic, Obama-esque, vacuous response to those who question the wisdom of throwing open Europe’s borders to seemingly ceaseless numbers of migrants.

Germany’s Chancellor, Angela Merkel, is perhaps the most guilty in employing such hollow rhetoric to side step tough questions about Germany’s future. But if the latest polls are to be believed, her ruling coalition of the Christian Democrats (CDU) and the Christian Social Union (CSU) is in trouble.

The flames are today being fanned by the powerful German police union, who have said almost the opposite, echoing the mantra of Mrs. Merkel’s youth wing leader, who earlier this week came out against her unlimited migration policy, and various members of her own coalition, including the CSU’s President Horst Seehofer.

Of course, if we are to take the words of many a Eurocrat into account (and we should, as Mrs. Merkel is Eurocrat-in-chief) then political capital, public opinion and pesky elections are but a blip in the grand plan to import cheap, migrant labour into the Western world en masse, under the cover of “humanitarianism”. 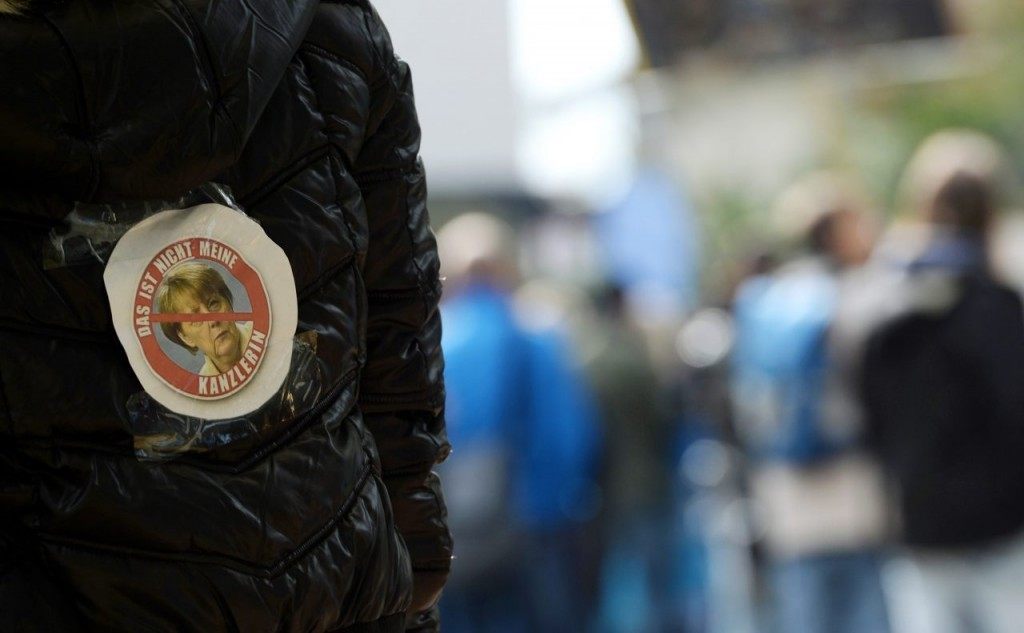 There are plenty who will note of yesterday’s attack on a pro-migration Germany political candidate, that the stabbing was politically-motivated terrorism. But extremism breeds extremism, and even Mrs. Merkel’s closest allies would accept that there is nothing moderate about her government’s response to the migrant invasion.

This doesn’t excuse such behaviour, of course, but to tackle something is to understand it first, even though we are not allowed to ask questions about difficult subjects anymore, or even offer perfunctory explanations about how flipping switches and changing landscapes and histories can breed some pretty intense resentment.

Which makes it more shocking that the left-wing Czech President would make “incendiary” remarks about Muslim integration into Europe. It wasn’t long ago that Eurocrats were attempting to censure the Slovakian Prime Minister, or that the global media was pillorying Hungary’s Viktor Orban, for similar statements.

And even more surprising is the admission from German police that goes a little something like this, translated: “If we want to carry out serious border controls, we have to build a fence along the border with Germany. I am sure that we [can] do it”.

Oh dear. There it is. “We can do it”. But employed in a diametrically opposed manner to that of Mrs. Merkel and her allies.

Rainer Wendt, who is the President of the German Police Union continued, explaining that he wants to see a chain reaction of closed borders. Interesting. Almost as if Europe was a conglomeration of sovereign states, rather than one, big, open super-state.

“If we close our borders in this way, Austria will also close the border with Slovenia. [It] is exactly the effect we need,” he told Die Welt.

How informing that the strained German authorities are now fighting back. They’ve been told they’ll have to work later into their lives, that their taxes will go up, that their minimum wage legislation will be scrapped, and that their houses might be confiscated to make way for migrants. Some German children are even being made to cook and clean for the “refugees” as part of school projects.

Is it any wonder Mrs. Merkel’s coalition dropped yet another percentage point in the polls this week?

As far as the numbers go, the survey for Bild Am Sonntag shows her CDU/CSU coalition on a record poll low of just 37 per cent. At the beginning of the year, they were on 43 per cent – comfortably ahead of the Social Democrats (SPD) who were on 24 per cent – and even on par when combined with the the “Left” party (10 points) and the Greens (9 points). Now Mrs. Merkel’s lead over the SDP outright has gone from 19 to 11, and she is haemorrhaging support to the Germany’s UKIP – the Alternative fur Deutschland (AfD) party. 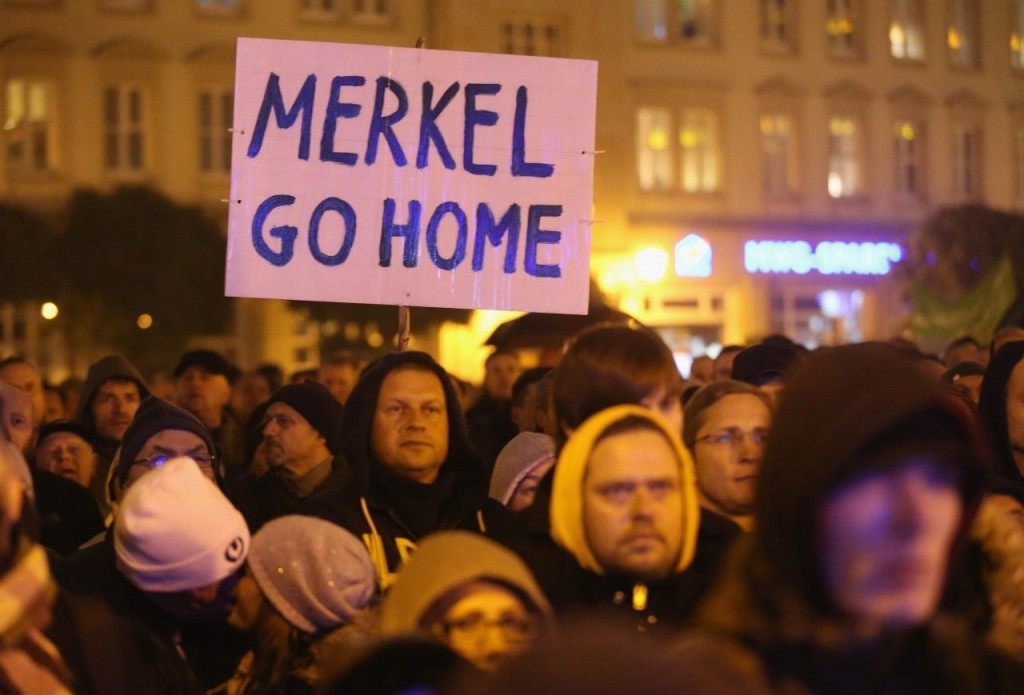 An AfD protest against Mrs. Merkel this week

Perhaps her ex-coalition partner, the Free Democratic Party leader Christian Lindner put it best. He said: “Angela Merkel has become an element of uncertainty, because she spontaneously makes serious mistakes… Borders on, borders off. This zigzag course in asylum policy does not reflect the oath of office to avert damage to the German people.”

After all, you know when broadly sympathetic newspapers are claiming that an Islamist “autocrat” is your last hope – you’re in trouble. There may be some good money to be won out of the CSU/CDU rebels launching a coup against Mrs. Merkel, but with the might of the European institutions behind her, or rather, at the end of her puppet strings – it is unlikely to be successful.

Raheem Kassam is the Editor-in-Chief of Breitbart London. He tweets at @RaheemKassam