A STAGGERING 1,800 migrants a day have arrived in EU entry-point Greece since the New Year — more than one a minute.

The International Organisation of Migration said the figure was 2,100 per cent up on the whole of January last year.

Since January 1, 31,244 migrants and refugees have arrived in Europe.

The revelation came as global economic watchdog the International Monetary Fund warned Europe was struggling to cope with the huge influx. 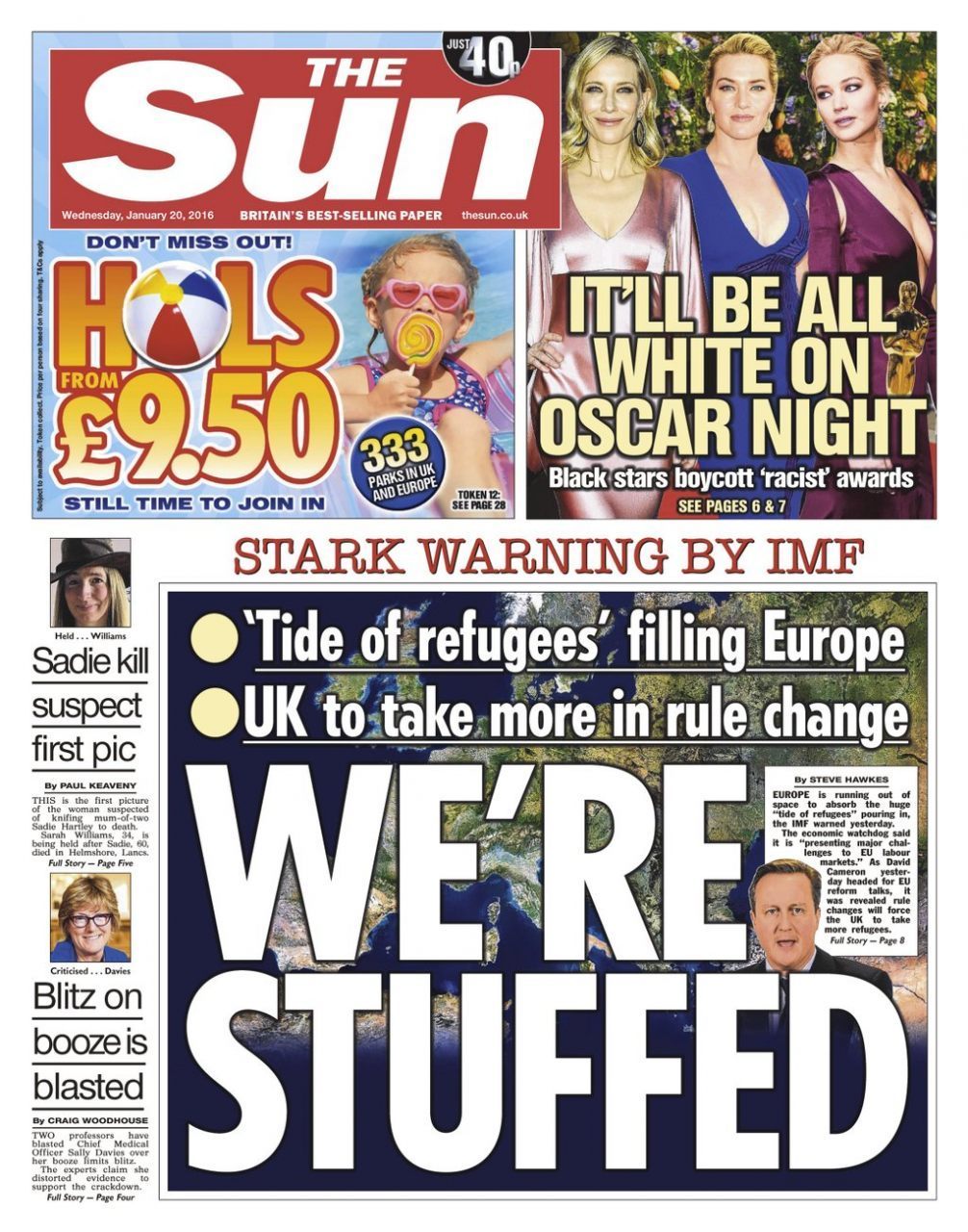 It said: “The tide of refugees is presenting major challenges to the absorptive capacity of EU labour markets.”

He was speaking ahead of last-ditch EU reform talks in Davos, Switzerland — at which David Cameron will make his pitch for a better UK deal.

Mr Tusk said he hoped for “concrete proposals” on reform, adding: “I will do everything in my power to find a satisfactory conclusion, also for the British side.”

Read more at the Sun