Faced with tough competition to win over audiences, an Albanian TV channel is taking a literal approach towards giving viewers the “naked” truth — by employing almost-topless newsreaders.

Wearing open jackets and nothing underneath, the young women reading the headlines on Zjarr TV are an unprecedented sight in the conservative Balkan country, where they first appeared on television and Internet screens last year. 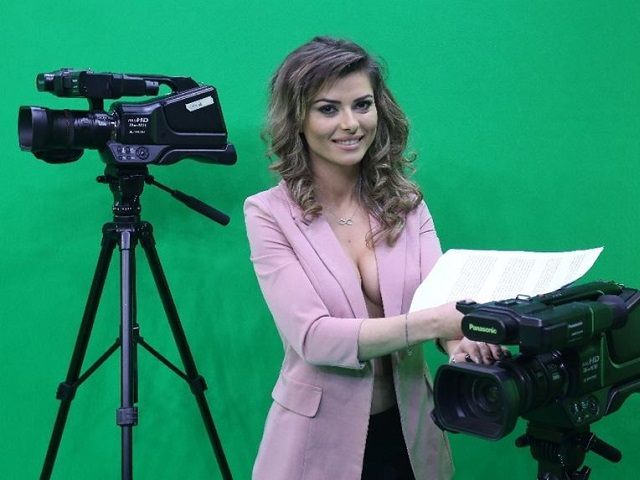 “In Albania, where the news is manipulated by political powers, the audience needed a medium that would present the information like it is — naked,” Zjarr TV owner Ismet Drishti told AFP.

“We don’t sell sex, we reproduce the news as it is. It’s both symbolic and good publicity,” said Drishti, who plans to launch French and English language bulletins with “bare information” following the same model.

For 24-year-old presenter Greta Hoxhaj, working in a state of near undress has proved to be a shortcut to glory.

“I worked hard for five years in local television where I remained unnoticed,” a cheerful and relaxed Hoxhaj told AFP in the studio, while her face was made up for the cameras.

“I regret nothing — in the space of three months I became a star.”

Every evening at 7.30 pm, Hoxhaj reads the news in a revealing and preferably pink jacket, but she was quick to point out that she dresses like other women of her age in everyday life.

Her stripped down look “is only for television, for information,” said the presenter, who also studies law and psychology when she’s not in the studio.

Hoxhaj’s newfound fame has landed her a job offer in Sydney as a presenter for a soon-to-launch Australian TV channel — paying 3,000 euros ($3,280) a week, and requiring her to present the news topless.

“I have not decided yet, I’m still in discussions,” said Hoxhaj. 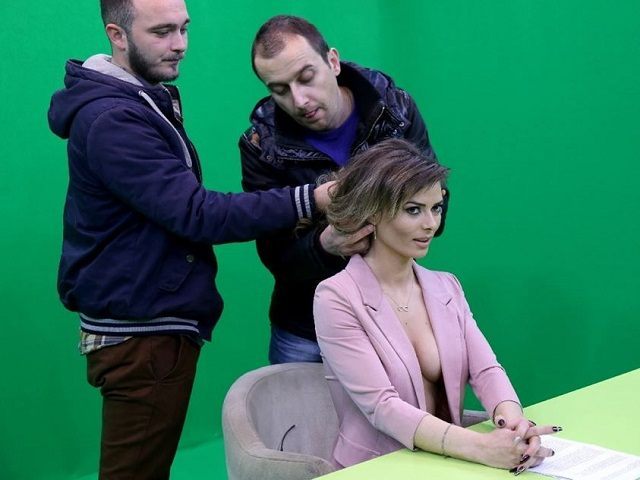 Preceding her in the anchor job was Enki Bracaj, a 21-year-old student, whose bare bulletins went viral in the Balkans and made international headlines.

Officially she left because she was unhappy with her salary, but according to her colleagues, she managed to land a job as a model at a fashion magazine.

Zjarr TV is not the only place where female anchors have gone bare — in Venezuela, for example, a presenter on a news website stripped naked last year to toast her country’s success in the Copa America football championships.

But in traditional Albania, home to a mostly Muslim population of about three million, the risque presenting style has caused a stir on Facebook and other social media sites.

“It’s pathetic to have accepted such a thing just to be on screen,” wrote one online critic, while another said the move was “outrageous” and “disgustingly sexist”.

But Hoxhaj said she was not affected by such reactions, insisting: “I had the courage to do what I do and now I’m a star.”

Aside from social networks, Zjarr TV has incited little reaction from feminist groups or journalist associations in Albania.

“There is a diversity of choice and everyone is free to change channel,” said Leonard Olli, a journalist and PR specialist in the capital Tirana.

Aleksander Cipa, President of the Union of Albanian Journalists, said Zjarr TV’s tactics did little to help traditional news outlets as they struggle with declining audiences and sales.

“Nudity cannot resolve the crisis in the media, which will serve anything to the public to survive,” he said.