Startling images are emerging, portraying the reality of life in the many migrant tent city encampments that have sprung up along the Macedonian border with Greece.

Heavy rain and flooding hit the camps yesterday, which have seen brawls and escalating violence as frustrated migrants attack each other.

Around 36,000 migrants from the Middle East and North Africa are now be trapped in Greece, unable to move on to their preferred destination in Northern Europe. 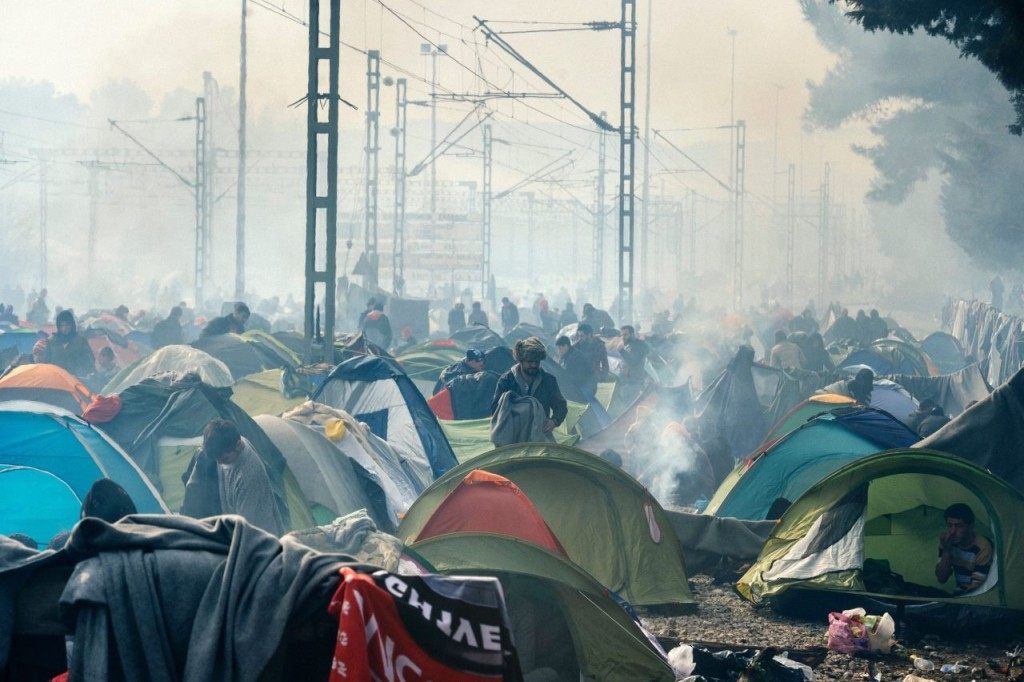 People go about with their daily life among tents on a foggy morning at a makeshift camp at the Greek-Macedonian border near the Greek village of Idomeni. March 8, 2016. (Getty) 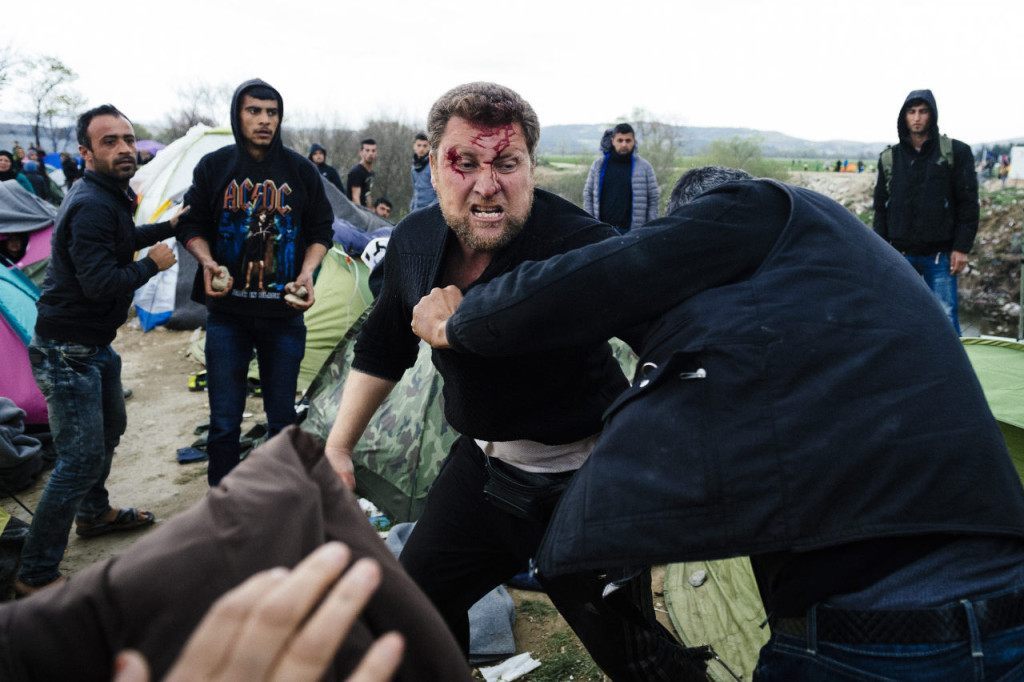 Some of them have been camped at the border for weeks, since Macedonia began to refuse entry to certain groups on the 20th of February.

Around 140,000 migrants have reached Greece from Turkey so far this year, and another 100,000 are likely to arrive by the end the month, Europe’s migration commissioner warned on Saturday. 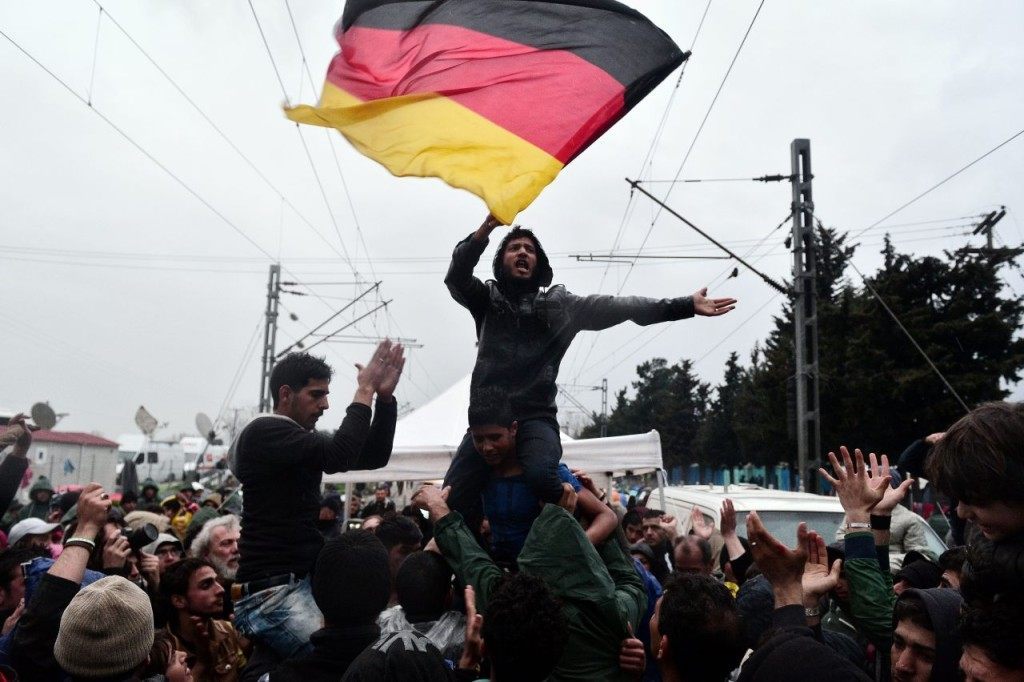 A man sits on the shoulders of another man and waves a German flag as people protest under the rain to call for the opening of the borders near the village of Idomeni. March 7, 2016 (Getty) 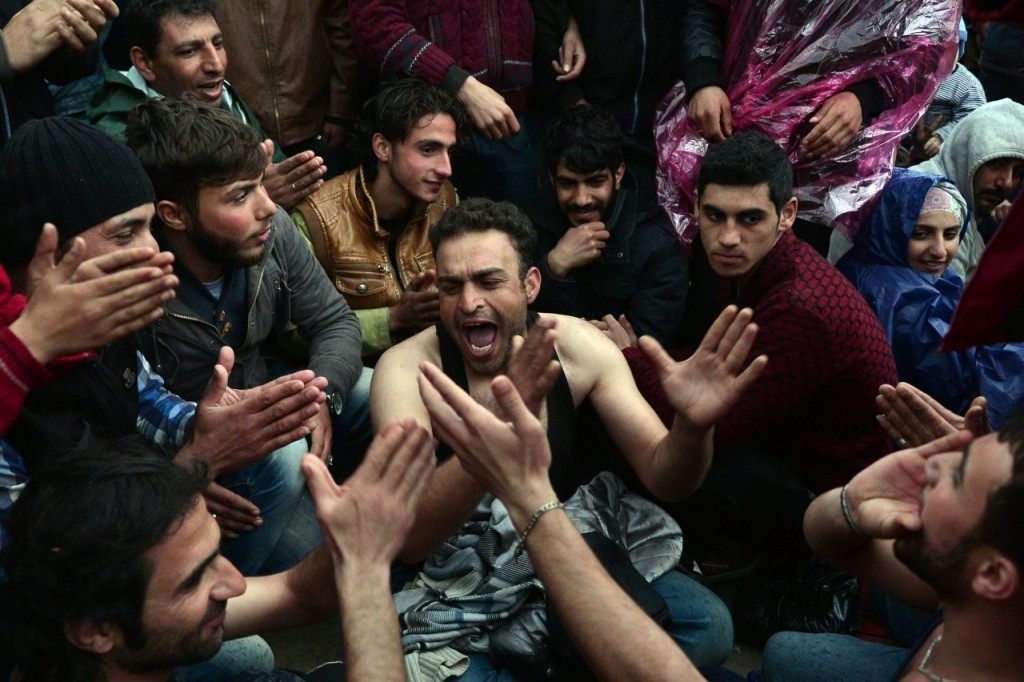 Men sit on the ground during a protest to call for the opening of the borders near the village of Idomeni. March 7, 2016 (Getty)

The so-call ‘Balkans route’ has effectively been closed off, as huge fences have gone up on the Hungarian and Bulgarian borders, as well as Macedonia.

Just this morning Slovenia, Croatia and Serbia announced they will refuse the transit of most migrants through their territory in a bid to further seal off the route. 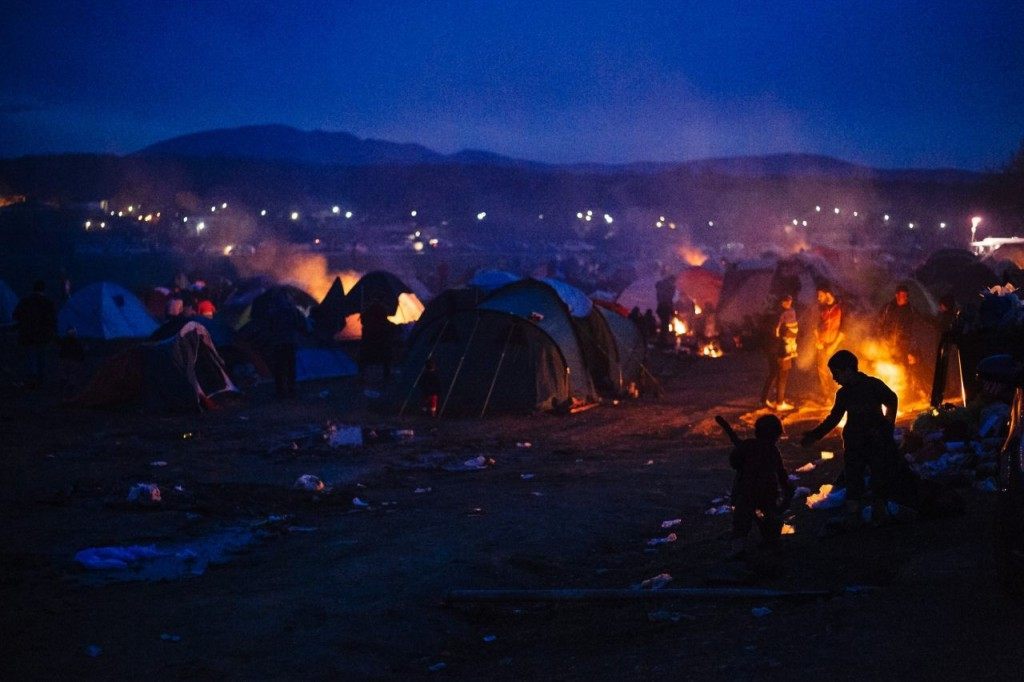 Serbia will also being constructing a fence, and Albania is being sighted as the only possible country for leaving Greece.

Macedonia responded to the Serbia announcements, just hours ago, confirming its border is “completely” closed to all illegal migrants

At talks in Brussels on Monday, the EU agreed in principle to a Turkish proposal to take back all illegal migrants landing on the Greek islands.

Turkey drove a hard bargain, doubling the amount of money previously promised by EU leaders to €6 billion and securing accelerated access to the Schengen free movement zone for its 75 million citizens. 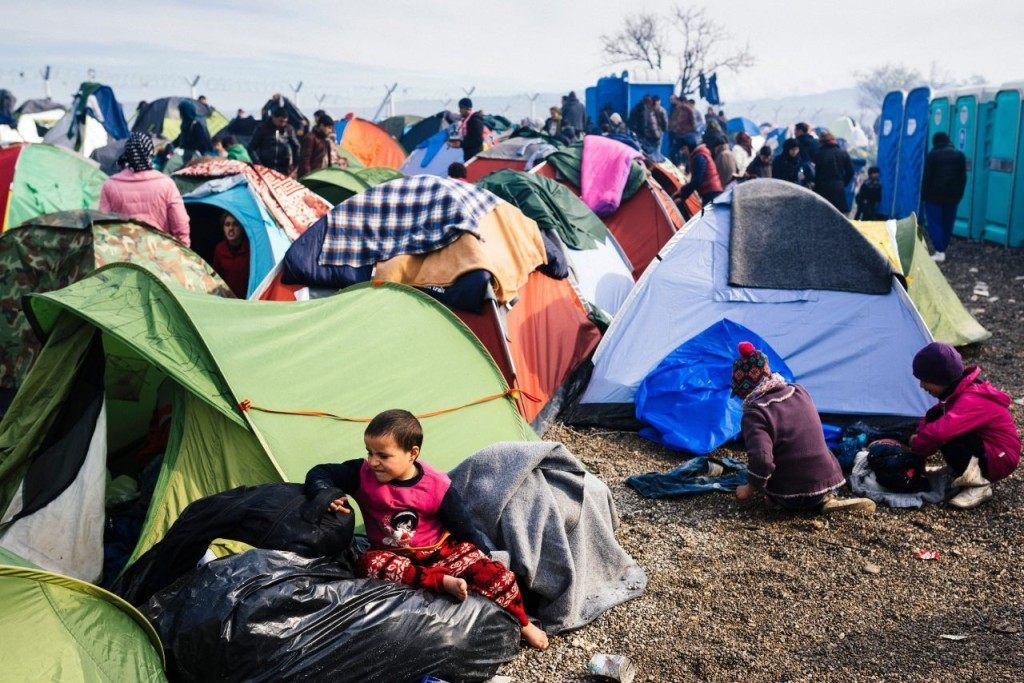