A leading British university has put signs in their toilets, “designed for international students”, pleading with them not to stand or squat on the loos or leave their business on the floor.

The signs appear on the University of Sheffield’s campus; a ‘redbrick’ Russell group institution, which is rated as one of the top ten universities in the country and top 100 in the world.

However, some of the brainy students appear to be lacking in respect for, or cultural awareness of, western sanitary norms.

Another shows students how to sit correctly and urges them not to squat on the toilet seat. A third adds: “Please leave this toilet as you wish to find it. No standing on seats.” 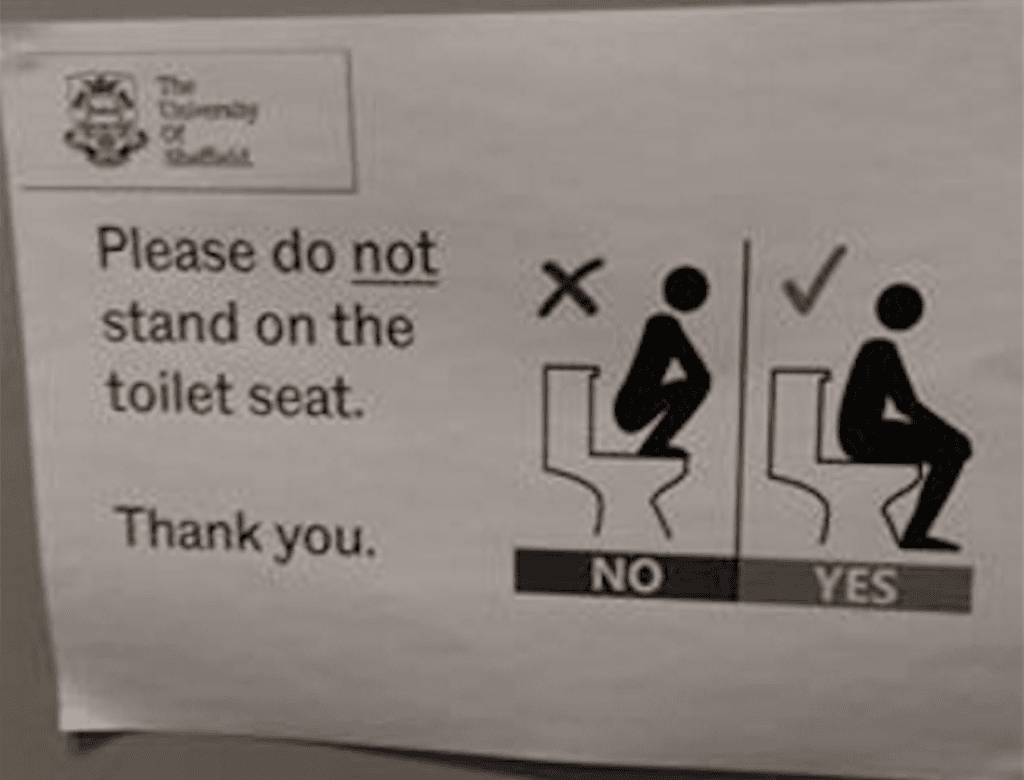 “The toilets have been left in an awful state. It’s pretty disgusting and the cleaners have had enough. There’s only so much they can take,” a Sheffield University source told the Sun.

“These cards are clearly designed for international students. But they’re all over campus – and it’s raising quite a few laughs,” the source added.

Pictures of the signs were originally posted on the ‘Spotted: University of Sheffield’ Facebook page alongside the caption: “SPOTTED: We really needed this advice?”

According to the Complete University Guide, 18.4 per cent of Sheffield’s students are “international”. Nationally, the figure varies between 5 per cent and almost 40 per cent at Imperial College London.

The incident at Sheffield, however, is far from the first time unassimilated migrants have been found to struggle with western sanitation norms.

In February this year, it was reported that German bathroom manufacturers were developing “multicultural toilets” for “global defecation” to help some of the million-plus recent arrivals from the Middle East relieve themselves in comfort.