Steven Woolfe, a leading UKIP MEP, has slammed London’s new Muslim mayor for using his status to endorse Hillary Clinton for US president, as well as comparing the populist Brexit movement to the rise of Donald Trump.

“Khan is part of the axis of anti-democratic elites who wish to control people and say, ‘we know best and you don’t”, said the UKIP immigration spokesman who was the clear favourite to succeed Nigel Farage as leader before being blocked from standing.

Donald Trump offered a popular alternative to such elites, he added: “And that is why his phrase ‘Make America Great’ is actually resonating in the same way that we [in the Brexit campaign] said: ‘Believe in Britain.’” 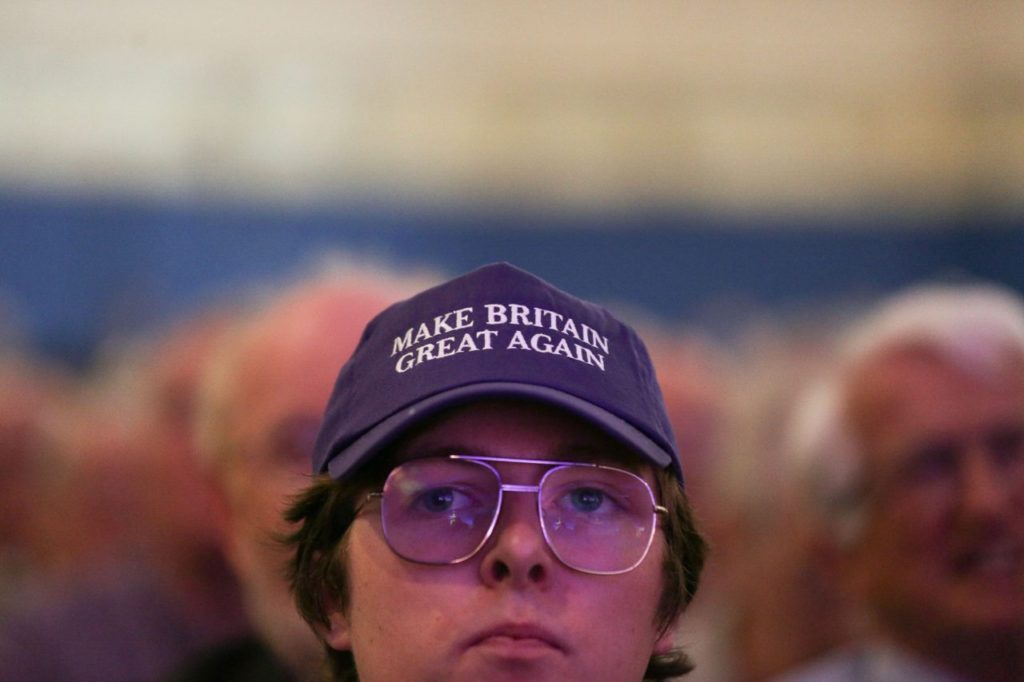 UKIP supporters in Trump-style hats at the UKIP Autumn Conference in Bournemouth, on the southern coast of England, on September 16, 2016. (DANIEL LEAL-OLIVAS/AFP/Getty Images)

Speaking exclusively to Breitbart London, Mr. Woolfe implied London Mayor Sadiq Khan was misusing his office, because his “job should be promoting London and making sure that London has services [and] transport that works for London”.

“But, it’s not surprising”, he continued. “I have actually seen Conservative MPs go out and back Hillary as well.

“They’re more interested in being involved in the American Democratic party and promoting social democracy rather than looking after the people.

“And that is why you see the rise of what I call democratic populism – in Britain and across Europe – because we’re tired of them, and we know what they look like, we know what they sound like, and we want to get rid of them.”

Speaking about the Republican nominee, he said: “In terms of Trump, that’s why you’re seeing people who have also been ignored, reviled and ridiculed are actually seeing someone who’s saying:

“‘Yeah, okay, I’m a successful businessman, I’ve made a lot of money, but I actually know that I can work for you.’”

Mr. Woolfe explained how nationalistic, populist movements are spreading across Europe, as well as in the UK and US, sighting the AfD in Germany and the FPO party in Austria

“What you’re seeing across Europe is people falling out of love with the European Union and falling back in love with their own national pride and national sovereignty”, he explained. 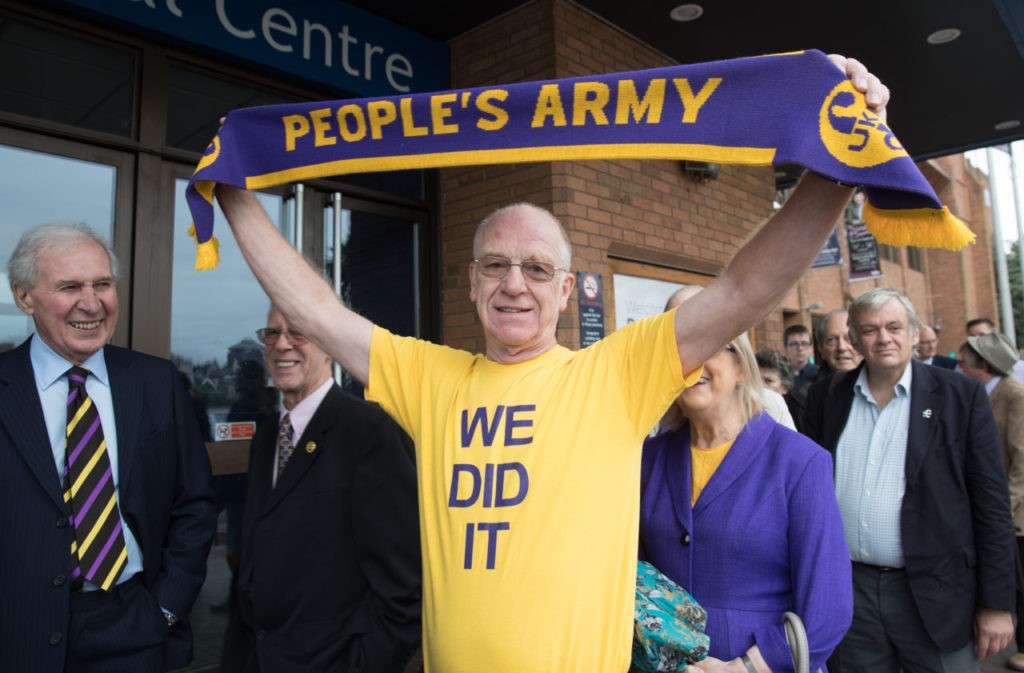 UKIP supporters queue to enter the Bournemouth B.I.C where the party is holding their annual conference (Matt Cardy/Getty Images)

Mr. Wolfe – an ally of Nigel Farage – was blocked from running as UKIP leader after an anti-Farage block in the National Executive Committee (NEC) claimed his application was late.

He called on the new leader to “do what she said she would” and reform the NEC “quickly”.

However, his immediate future in UKIP looks bright.

At a press conference just after being crowned leader, Diane James announce she would not appoint a deputy but instead have two “chiefs of staff”, one of which would be based in the north.

Mr. Woolfe is a distinguished barrister from a working-class background in the North of England, and is an obvious choice for the position.

“I’ve just heard this myself”, Mr. Woolfe told Breitbart London. “Clearly I would be interested in whatever Diane has to offer”. 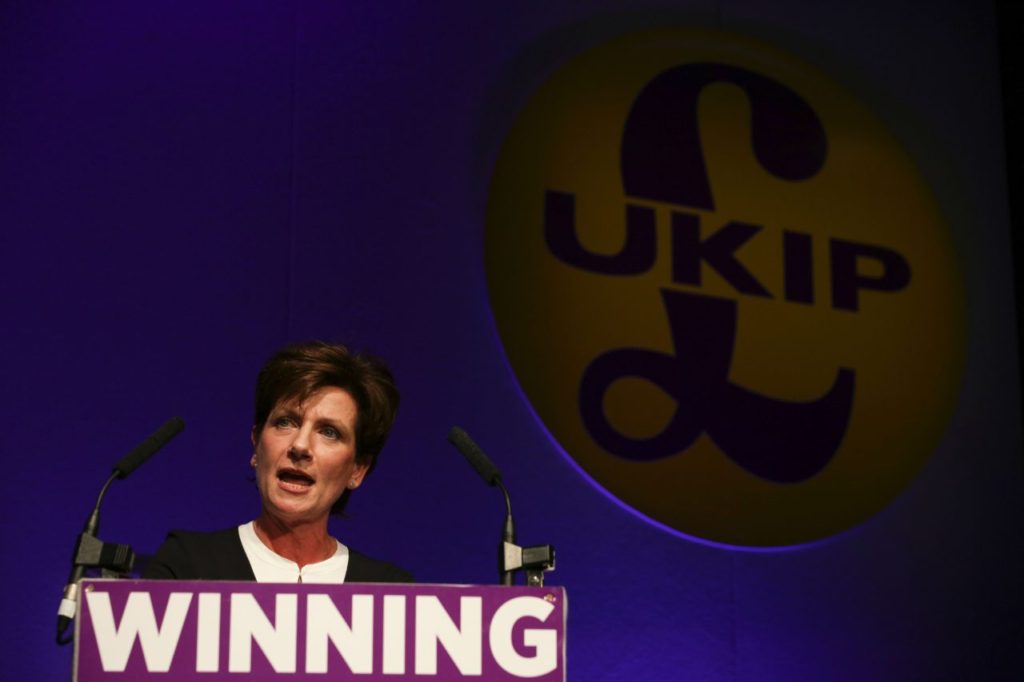 The new leader of UKIP, Diane James, gives an address at the Conference. (DANIEL LEAL-OLIVAS/AFP/Getty Images)

Describing how UKIP should attract votes in a general election after Brexit, he said: “I believe UKIP can be a party for the whole of Britain”, continuing:

“What is very clear to me is that in the North of England – as well as the East and in towns like Southampton in the South – you’ve got working class communities that have been ignored and ridiculed by the professional metropolitan elite”.

In his speech today, outgoing leader Nigel Farage spoke of “harvesting” Labour votes, sighting the fact the part is divided and controlled by metropolitan liberals who don’t appeal to the working class.

“We have an opportunity to speak to them”, said Mr. Woolfe, “and we need policies which encourage them to come [from Labour] to UKIP, which is a patriotic party which loves our flag, loves our culture and loves our history”.