UKIP’s leader in the London Assembly has slammed the city’s left-wing Mayor for pushing for a “destructive and divisive” separate immigration system for the capital after the UK leaves the EU and takes back control of its borders.

Sadiq Khan, London’s first Muslim Mayor, revealed Wednesday that he is “working on a model that will ensure we can carry on recruiting and attracting talent” with business leaders, the Chancellor, and the Brexit and Foreign Secretaries.

He has also been running a campaign called “London is Open” under the slogan: “London – everyone welcome”.

It is thought the Mayor wants a tailor made visa system to keep migration higher in London. He told Sky News that Tory minister “gets it” and that he will be meeting with the Prime Minister “soon” to push the plan.

“Sadiq Khan’s plan for London has to be the most destructive and divisive plan yet. A specific visa option for London is quite literally beyond parody”, blasted Peter Whittle, who was UKIP’s mayoral candidate this year.

“The Mayor claims to work for all Londoners. He doesn’t, his policies would merely create division, greater and deeper inequality and bizarrely immigration control along the M25”, he explained to Breitbart London in a statement. 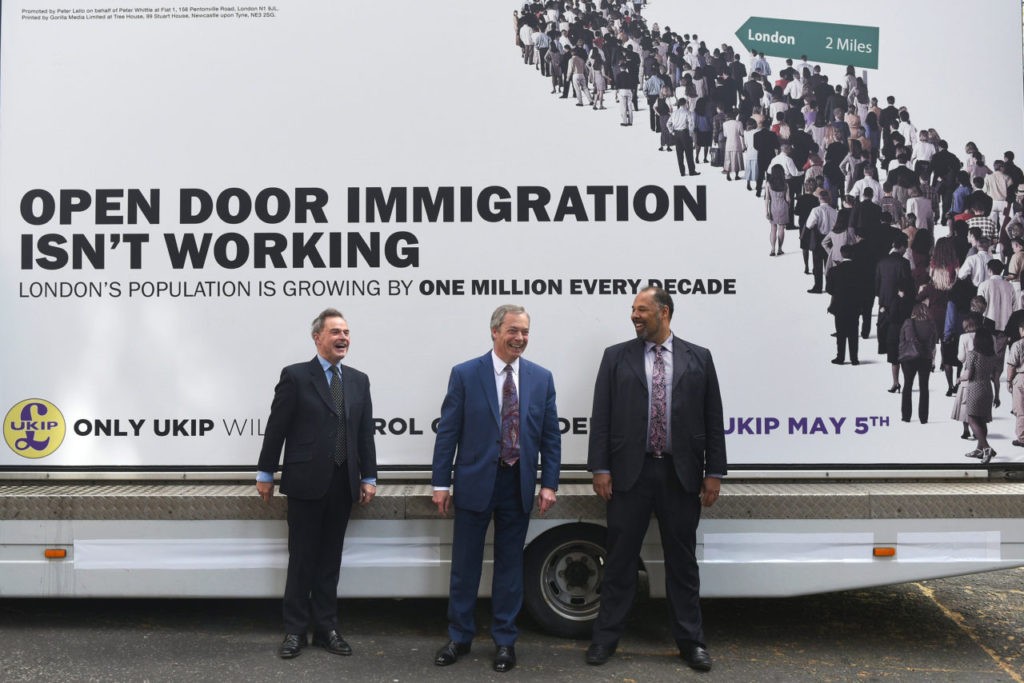 London was the only area of England voted to stay in the EU, and after calls for to city to break away from the UK after the Brexit vote, the Mayor said while he “might like the idea of a London city state” he was “not planning to blockade the M25”.

Mr. Khan’s plan is still light on details, but Mr. Whittle described why London faces many of the same problems caused by mass uncontrolled immigration as the rest of the UK and can not be treated a special case.

“London bears the lion’s share not only of the small high skill, high wage immigration that our industries and businesses need to thrive, but also the masses of unskilled, low waged immigrants that drive wages down, put pressure on schools, the NHS and housing”, he said.

The Labour Mayor campaigned against Brexit, and since the vote has urged the government to delay leaving the bloc and claimed the referendum caused a racist backlash, propagating the idea of a so-called Brexit “hate crime epidemic”.