The results of the questioning by an Ecuadoran prosecutor, which began on Monday, will not be provided immediately as the matter still “subject to confidentiality,” the Swedish prosecutor’s office said in a statement.

“After this report, the prosecutors will take a view on the continuation of the investigation,” it added. 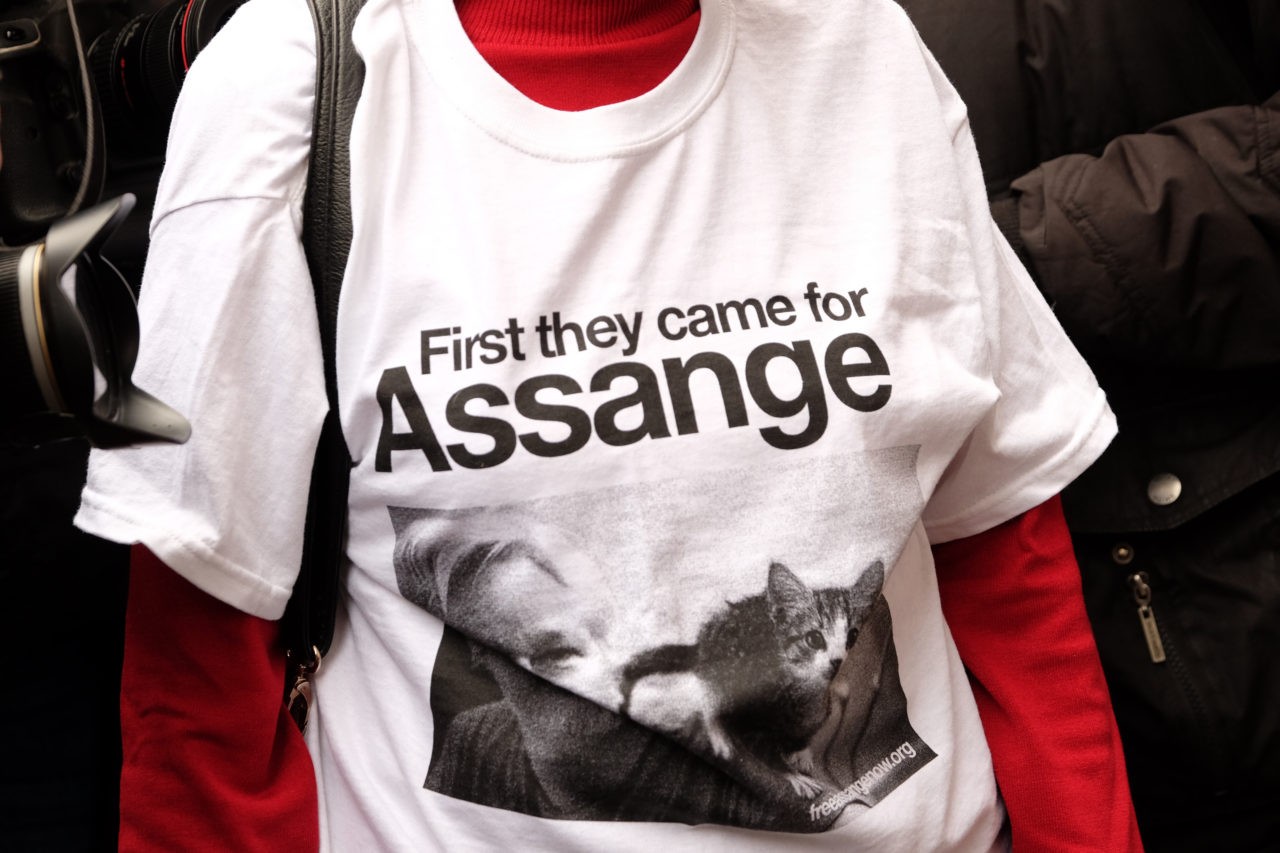 A protester outside the embassy (Rachel Megawhat/Breitbart London)

The 45-year-old Assange sought refuge in Ecuador’s embassy in London in June 2012, fleeing allegations of rape and sexual assault in Sweden dating back to 2010.

Assange has always denied the claims, saying they were politically motivated.

The former computer hacker, an Australian national, refused to travel to Sweden for questioning, saying he feared he would then be extradited to the United States over WikiLeaks’ release of 500,000 secret military files on the wars in Afghanistan and Iraq.

A first hearing scheduled for October with the prosecutor Toainga Wilson was postponed at Assange’s request, citing “his rights to the protection and defence of his person,” according to Ecuadoran prosecutors.

But they still want to question him about the 2010 rape allegation, which carries a 10-year statute of limitations.

Assange insists the sexual encounters in question were consensual.