A former Labour Party foreign minister has implied the government of Tony Blair was wrong to ignore the religious roots of Islamist terror, urging authorities to ‘take on’ the ideology to defeat terror.

Kim Howells, who oversaw the work of MI5 and MI6 during the Blair and Brown years, said Islamist violence is distinct from other forms of terror and Western values such as democracy must be defended.

“I was part of a Government that said: ‘Well, we don’t do God.’ But you can’t afford not to do God on this one, I think,” he told Wales Online.

“These people aren’t motivated – not on the most part, anyway – by money or some kind of nationalism. It’s different from the IRA. These people are prepared to kill themselves and they do it because they think it’s a shortcut to paradise…

“Unless people have enough courage to take that on and try and convince young people that the Caliphate is not a better way of running society than a democracy they are going to be lured to these organisations.”

Whilst some say Islamic terror is largely driven by grievances such as “Islamophobia”, “alienation”, and Western foreign policy, Mr. Howells argues it is necessary to appreciate the importance of theological turmoil going on within Islam.

“These guys are not just trying to kill unbelievers and Christians and so on. Their main enemy is another form of Islam,” he said, referring to the violent schism between Sunni and Shia Islam. 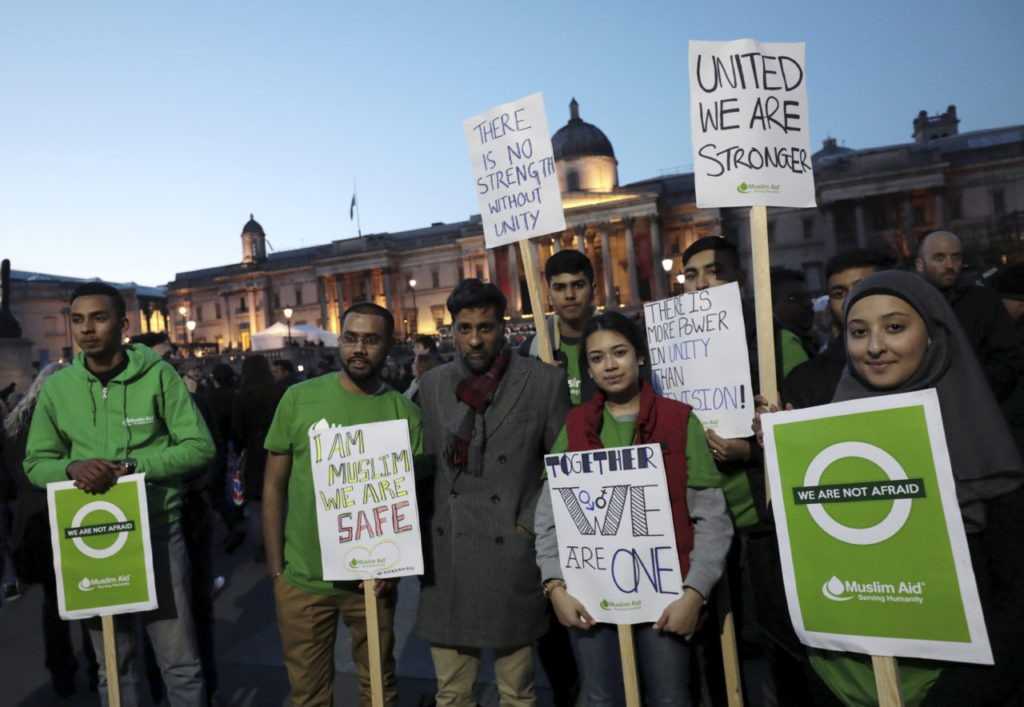 People hold up placards during a candlelit vigil at Trafalgar Square on March 23, 2017 in London, England. (Photo by Jack Taylor/Getty)

Many other nations and ethnic groups have been affected by foreign interventions and discrimination, yet the vast majority of recent terror attacks have occurred in countries afflicted by Islamist insurgencies.

According to the Global Terrorism Database, in 2015, “69% of all deaths due to terrorist attacks took place in five countries (Iraq, Afghanistan, Nigeria, Syria, and Yemen)”.

Terrorists returning from these conflict zones present a real challenge to the UK.

Between 700 and 1,500 Brits have travelled to join Islamic State terrorists, and Mr. Howell said former jihadists should be a “real worry” for the security of the nation.

“There’s going to be a significant proportion of those people who are determined to carry on the fight here. They’ve been trained in how to use guns and how to construct bombs,” he said.

“They are going to have to be watched very carefully. But just to watch one person takes a large number of people and a lot of money.

“How on earth you keep tabs on 400 or 500 people at any given time as well as those who never went to Syria but you judge are posing a threat is not easy.”