The BBC has lauded an Australian photographer’s  response to what he calls a “tragic” rise in “anti-immigrant sentiment” in his homeland by taking the all-encompassing piece of Islamic female clothing known as the burqa and using it as an art prop.

Fabian Muir started his project in 2014 after former Australian Prime Minister Tony Abbott called for a ban on the burqa being worn on the premises of the National Parliament in Canberra. Mr. Abbott cited security concerns, calling the clothing a “fairly confronting form of attire and frankly I wish it weren’t worn”.

According to the BBC, Mr. Muir’s Urban Burqa project is a critique of “the rising far right and Islamophobia” in general and Australians who feel that immigration from Islamic countries delivers less than desirable outcomes in particular.

“Tragically, [anti-immigrant sentiment] has only become more magnified since 2014,” Mr. Muir told the BBC, pointing to 49 per cent of Australians who, in a 2016 poll, supported a total ban on Muslims entering the country.

“The refugee crisis… is always such an easy target for politicians. There’s always going to be a percentage of the population who swallows that because it seems like an easy solution to problems.” 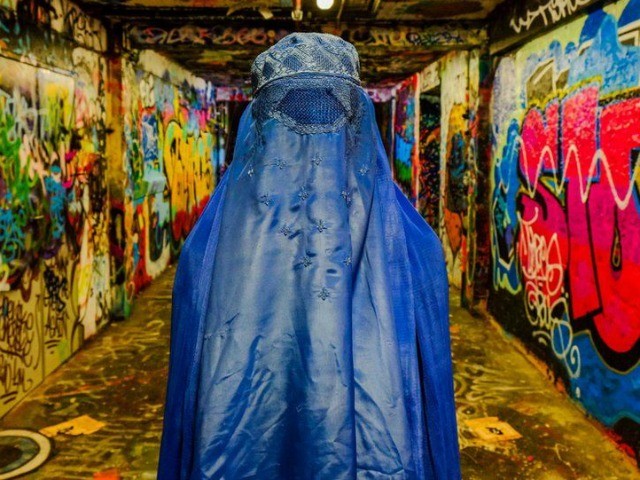 “It’s still about simulation but there’s also a sense of confrontation and adaptation, hence this darker, edgier feel to it,” he said.

All the images in his series take the burqa and place it in everyday suburban scenes, from supermarkets to subway tunnels. Mr. Muir does not give historical nor religious context to the burqa which is the most concealing of Islamic female clothing. It covers the entire face and body, leaving just a tiny mesh screen as a window to the world.

The burqa is worn when a woman leaves her home and is compelled to wear it until she returns. Critics regard it as a symbol of Islamist radicalism and supremacy.

Rather than a religious symbol of oppression, Mr. Fabian likes to think of the burqa as an ennobling prospect for those who wear it.

He told the BBC that the last image in his series shows a woman in a burqa standing in a skate park. 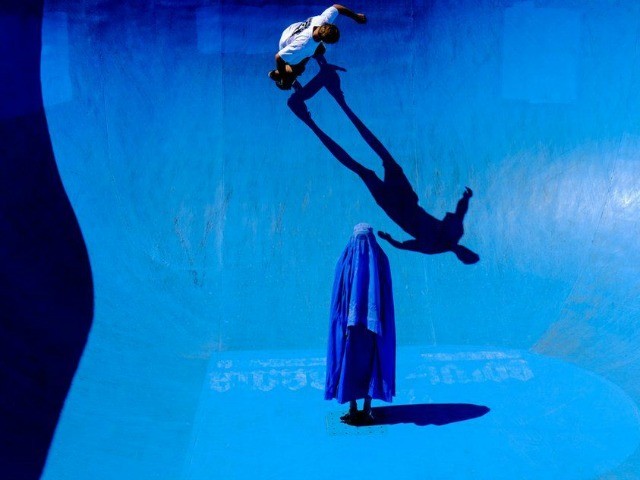 “For me it’s a nice closing image, it’s optimistic – because of the reaching out,” he said. “[But] there’s a sense that there are a lot of barriers that have to be overcome.”