The Minister-President of Bavaria has said he expects the migrant crisis to continue and demanded Chancellor Angela Merkel do more to tackle it.

Horst Lorenz Seehofer is Chairman of the Christian Social Union (CSU), who are currently part of the coalition government led by Chancellor Merkel.

“Right now the situation is quiet. But we all know: the migration wave will continue,” Mr Seehofer told Welt N24.

“The cleanest way to solve it would be to help the refugees in their home countries. Or, at the very least, we have to carry out checks at the EU’s external borders in order to clarify who qualifies for protection and who does not.”

Chancellor Merkel suspended the rules requiring asylum seekers lodge a claim in the first safe European nation they enter in 2015, saying there was “no upper limit” on the number of migrants Germany would accept. 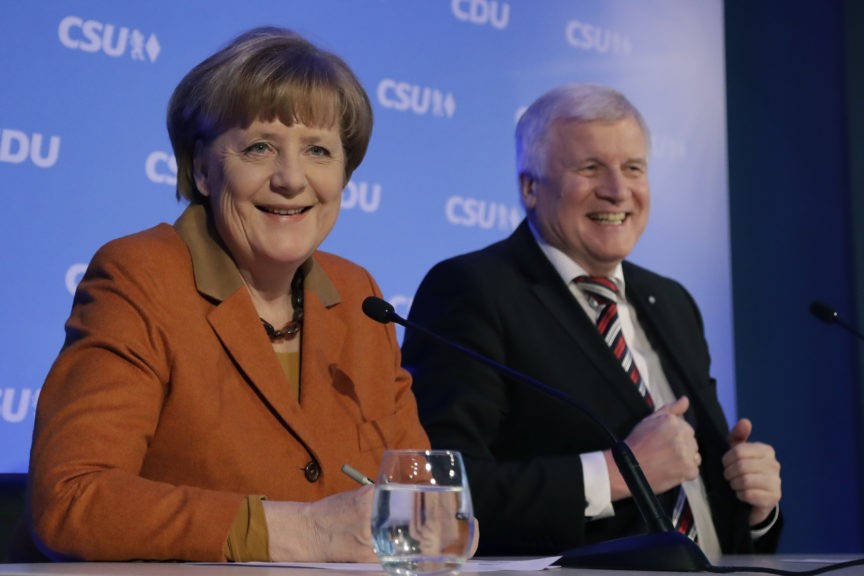 Since then, Germany has struggled to cope as more than a million migrants have arrived, mainly from the Middle East and North Africa.

Numbers have slowed slightly since then, largely thanks to border fences pioneered by the Hungarian government under Prime Minister Viktor Orbán, and a deal with the Turkish government to stem the flow into Greece.

However, Germany’s Federal Development Minister, Gerd Müller, said in March that 400,000 African migrants are still expected to try and cross to Europe this year, mainly via the so-called ‘Southern Route’ to Italy.

“We are of the opinion that in Germany we cannot sustain more than 200,000 refugees annually, so that their integration is possible,” commented Seehofer, adding that it is very hard to deport migrants once they have arrived in Germany even if they do not qualify for asylum.

The veteran politician proposed a hard cap on the number of migrants Germany would accept in a given year, suggesting that this would discourage too many from coming – but Chancellor Merkel has already ruled out such a cap, refusing to place any such limit on the number of asylum seekers who may enter the country.